Climate activists in Germany use superglue, blockades to make their point 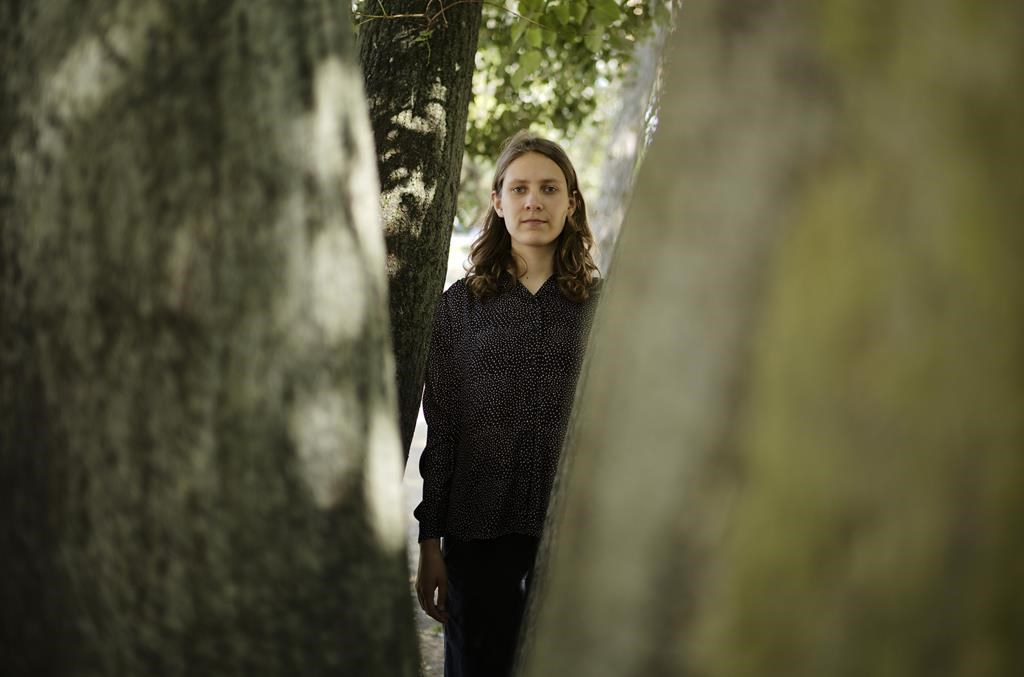 Climate activist Lina Schinkoethe with the group Uprising of the Last Generation poses for a portrait after an interview with The Associated Press in Berlin, Germany, on Tuesday, July 5, 2022. (AP Photo/Markus Schreiber)
Previous story

“It’s absolutely crazy to stick yourself to the road with superglue,” admits Lina Schinkoethe.

And yet, the 19−year−old recently landed in jail for doing just that, in protest at what she believes is the German government’s failure to act against climate change.

Schinkoethe is part of a group called Uprising of the Last Generation that claims the world has only a few years left to turn the wheel around and avoid catastrophic levels of global warming.

Like−minded activists elsewhere in Europe have interrupted major sporting events such as the Tour de France and the Formula One Grand Prix in Silverstone in recent weeks, while others glued themselves to the frame of a painting at London’s Royal Academy of Arts Tuesday. But Schinkoethe’s group has mainly targeted ordinary commuters in cities such as Berlin who, on any given day this summer, might find themselves in an hours−long tailback caused by a handful of activists gluing themselves to the asphalt.

Their actions have prompted outrage and threats from inconvenienced motorists. Tabloid media and some politicians have accused them of sowing chaos and harming ordinary folk just trying to go about their business. Some have branded them dangerous radicals.

Schinkoethe says the escalation in tactics is justified.

“If we wanted people to like us then we’d do something else but we’ve tried everything else,” she told The Associated Press. “We’ve asked nicely. We’ve demonstrated calmly.”

She recalls joining the Fridays for Future protests led by Swedish activist Greta Thunberg which saw hundreds of thousands of students worldwide skip school and rally for a better world.

“I really hoped something would change, that politicians would react and finally take us and the science of climate change seriously," she said. "But we’re still heading for a world that’s 3 to 4 degrees Celsius (5.4 to 7.2 Fahrenheit) warmer.”

Such a rise in global temperatures is more than twice the 1.5−C (2.7−F) limit countries agreed to in the 2015 Paris climate accord. While progress has been made in reducing greenhouse gas emissions, experts agree the goal is still far out of reach.

Scientists agree that the world has no time to waste in cutting emissions, but have tried to counter ’doomism’ by arguing that the world isn’t heading for one single cliff edge so much as a long, steep slope with several precipitous drops.

“Each tenth of a degree matters,” said Ricarda Winkelmann, a scientist at the Potsdam Institute for Climate Impact Research near Berlin.

“If we really start acting now and reduce global greenhouse gas emissions to net zero by 2050, chances are that we can limit some of the most severe climate impacts,” she said.

Such messages are lost on many of those caught up in the blockades.

At two protests witnessed by The AP in June and July, several truckers got out of their cabs to berate the activists. One physically hauled two protesters off the road.

Other drivers, some of whom weren’t affected by the blockade, also hurled abuse at the activists. A few expressed support for the climate cause but questioned the way the protests were conducted.

“They need to find a different way to do this than to block other people,” said one driver on his way to work, who would only give his name as Stefan.

Berlin’s mayor has called the street blockades “crimes,” while the city’s top security official is demanding that prosecutors and courts mete out swift convictions. So far, no cases have gone to trial.

Still, Schinkoethe believes she has no choice but to keep going.

“We need to generate friction, peaceful friction, so that there’s an honest debate and we can act accordingly,” she said.

That sentiment was echoed by Ernst Hoermann, a retired railway engineer and grandfather of eight who has been traveling to Berlin from Bavaria regularly to take part in the protests.

“We basically have to cause a nuisance until it hurts," he said as a police officer tried to unstick him from the road with the help of cooking oil.

Similar protests have resulted in weeks−long prison sentences in Britain, where the government has sought court injunctions to preemptively stop road blockades by the group Insulate Britain.

Hoermann, 72, said he isn’t afraid of fines or the prospect of prison.

“Not compared to the fear I have for my children,” he said.

Last Generation has recently tried to focus attention on Germany’s plans to drill for oil and gas in the North Sea.

Despite having the most ambitious climate target of any major industrialized nation, Germany’s center−left government is scrambling like other European countries to replace its Russian energy imports and avoid painful fuel shortages in the coming years.

Schinkoethe says the number of people participating in the group’s actions has grown from 30 to 200 in six months, and argues that the blockades follow the tradition of civil disobedience seen during the U.S. civil rights movement and the fight for women’s suffrage.

“What we’re doing is illegal," she said. “At the same time it’s legitimate.”

Manuel Ostermann, a senior member of one of Germany’s police unions, accused the group of committing crimes while portraying themselves as victims.

“Where the process of radicalization gets going, extremism isn’t far off,” he wrote on Twitter.

Members of Last Generation have tried to counter that, citing U.N. Secretary−General Antonio Guterres who earlier this year said that “the truly dangerous radicals are the countries that are increasing the production of fossil fuels.”

"I’m going to keep going until the government locks me and the other activists up for their peaceful protests, or gives in to our demands,” said Schinkoethe.