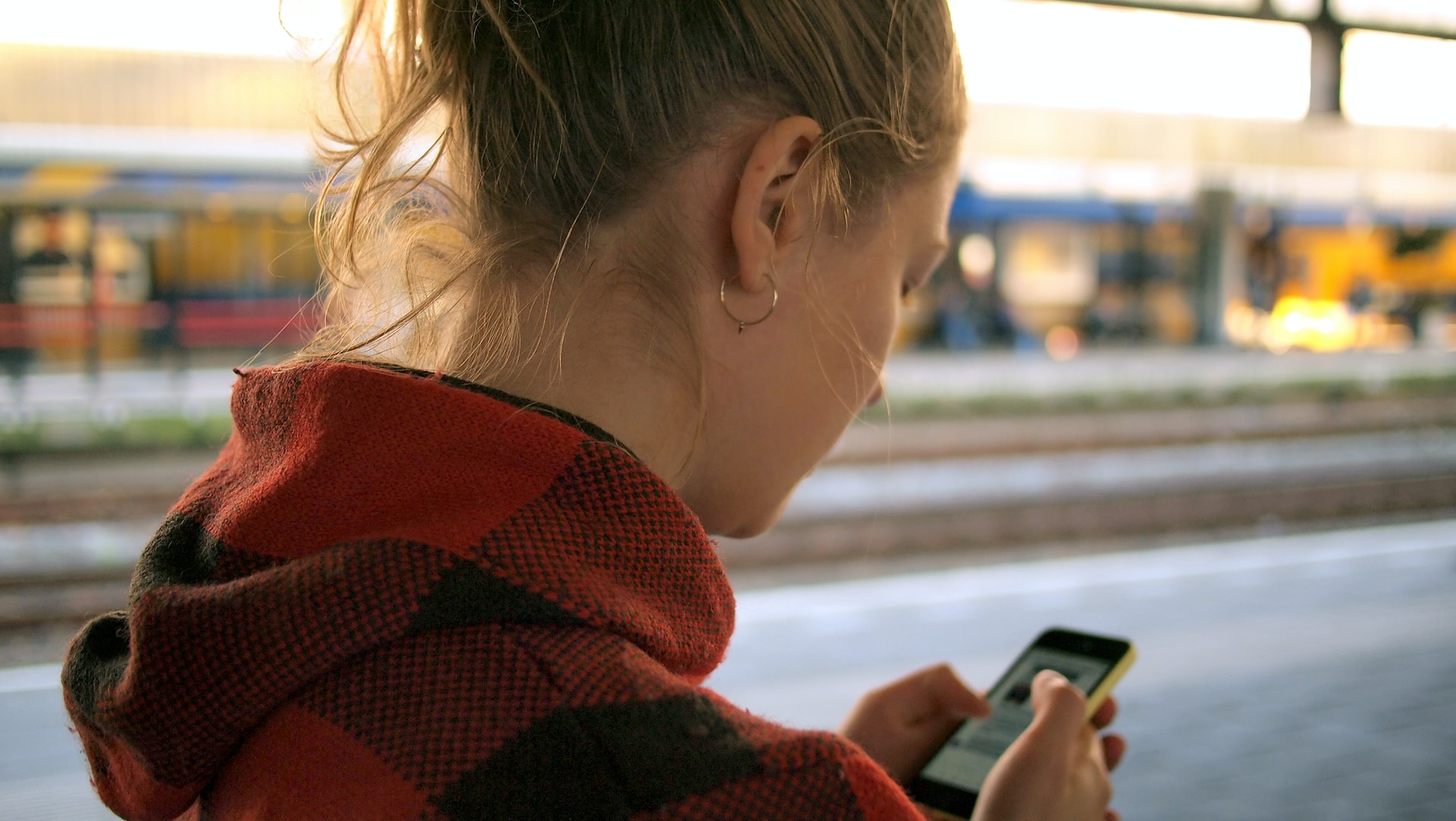 The recent Rogers outage gives the government free rein to crack down here, and they should use every inch of it, writes columnist Max Fawcett. Photo by Daria Nepriakhina/Unsplash
Previous story

“You’ll forgive me if I don’t think about monetary policy.” Those words, spoken by Prime Minister Justin Trudeau in the midst of the election campaign last August, have been thrown back in his face on an almost daily basis ever since.

For conservative politicians and pundits, they were proof of his fundamental unseriousness on economic matters and his indifference to the plight of working families. But after hearing some of the thoughts from other federal party leaders on the subject, they might want to cut the prime minister a bit of slack.

These days, of course, almost everyone is thinking about monetary policy, as inflation continues to run hot and central banks hike rates in an effort to cool it off. On Wednesday, the Bank of Canada increased its key rate by a full percentage point (central banks usually move in 25 basis point increments, which are equivalent to 0.25 per cent), the biggest hike since the early 1990s. Now, the question on the minds of millions of Canadians who have mortgages and lines of credit is how high that key rate will go — and how much economic damage it will do in the process.

The prime minister’s comments from last August might have been inelegant and tone deaf, but they weren’t wrong. Politicians shouldn’t spend their time thinking about monetary policy or the Bank of Canada, which is — and must remain — independent of political influence.

Donald Trump’s repeated efforts to harass and cajole his own head central banker, U.S. Federal Reserve chairman Jerome Powell, into doing things that would juice the stock market and benefit him politically are the most visible example of why that independence is so important. Conservative Party of Canada leadership front-runner Pierre Poilievre, who continues to attack the Bank of Canada and its governor Tiff Macklem, clearly missed this lesson.

Candice Bergen, the interim leader of the party, seems to have missed her share of lessons here as well. “Justin Trudeau continues to show he doesn’t understand monetary policy, he refuses to use the fiscal tools at his disposal, like controlling spending to combat inflation,” she tweeted. But most of that spending occurred in the past when Canada (like other countries around the world) was writing cheques to help businesses and households survive the impact of a global pandemic.

In fact, the federal government’s spending is already on a clear downward trajectory, one that can hardly be blamed for fuelling inflation. In a recent paper, Desjardins senior director of Canadian economics Randall Bartlett noted the only areas that aren’t declining are transfers to low-income households or negotiated transfers to provinces. “As tough as the adjustment is going to be,” Bartlett wrote, “interest rates need to rise to restore balance to asset markets and bring down inflation. And the burden of responsibility for returning inflation to target falls squarely on the Bank of Canada.”

Not to be outdone, NDP Leader Jagmeet Singh shared his own take on economic populism in a series of tweets that suggested “the rich & powerful will continue to rake in record profits” and that the solution to the Bank of Canada’s rate hike would be to give $1,000 in “immediate inflation relief” to Canadians. This is only a solution if you don’t actually understand how inflation works, or why it can be so difficult to dislodge from an economy once it’s taken root.

For what it’s worth, corporate profit forecasts are already getting revised down, with many market watchers suggesting those downgrades will kick off the next leg down in the current bear market. But it’s the idea that we should be sending people four-figure cheques at a time when the economy is already overheating that’s truly ridiculous. This is the economic equivalent of showing up at a burning building and telling the fire department to use gasoline instead of water to put it out.

Here’s the unpleasant truth about inflation: there’s very little that any national government, much less the Canadian one, can do to arrest it. Right now, it’s a stew whose main ingredients are post-pandemic spending, global supply chain disruptions, and Russia’s invasion of Ukraine and the impact that has had on energy and grain markets, and it will take some time to come off the boil. From a policy perspective, the best thing for the federal government to do is probably nothing at all.

The recent Rogers outage gives the government free rein to crack down here, and they should use every inch of it. Canada’s cellphone bills remain unacceptably high, and while the major telecom companies have grudgingly created the low-cost plans the

From a political perspective, though, being seen to do nothing in the face of a rapidly metastasizing affordability crisis is a very bad look. Cutting spending even further, as the Conservatives keep suggesting, is a pretty obvious non-starter when you actually look at the data, and sending out $1,000 cheques is just as self-evidently stupid. Still, the federal government is not without tools at its disposal, and it should pick up the biggest ones it can find. One obvious place to start is whacking our telecom oligopoly over the head until they meaningfully reduce prices.

The recent Rogers outage gives the government free rein to crack down here, and they should use every inch of it. Canada’s cellphone bills remain unacceptably high, and while the major telecom companies have grudgingly created the low-cost plans the CRTC demanded, they’re woefully inadequate for most users in 2022.

When it comes to how people actually use their mobile phones in our ever-more data-rich environment, our telecom companies are still soaking us. According to a 2021 report from Finnish telecom consultancy Rewheel, Canada still has the highest rates in the world — almost twice as high as those in the United States, and more than 10 times higher than France. And while our telecom companies try to justify these prices on the basis of our vast landmass and relatively sparse population, it turns out that those arguments don’t hold much water.

Now is the perfect opportunity for our government to crack down on the long-standing inflation in our mobile phone bills. No, it won’t reduce energy or commodity prices, the main drivers of inflation right now. And no, it won’t keep the opposition from blaming them for the Bank of Canada’s efforts to tame it. But in a moment where Canadian households are under growing financial pressure, every little bit helps.

If the Trudeau Liberals are looking for an easy political win right now, they couldn’t do much better than hitting our telecom giants where they’ve been hurting us.

"One obvious place to start

"One obvious place to start is whacking our telecom oligopoly over the head until they meaningfully reduce prices."

Not obvious that Canada's most vulnerable are suffering first and foremost from high telecom prices. Ask people in Vancouver's Downtown Eastside. This sounds more like a First World / middle class issue.
Fawcett fails to distinguish between necessities (food, shelter, clothing, healthcare, education) and nice-to-haves like telecom services. Needs vs. wants.

Government should ensure that Canadians can meet their needs. Priority one.

I agree with Geoffrey. Maybe

I agree with Geoffrey. Maybe the government can’t send out 4 figure cheques to every one but they can tax profits of the price gougers of essentials that every Canadian citizen needs. Start with the grocery chains, oil and gas companies and the big banks and just maybe they will reduce their deplorable profits by reducing prices for consumers.
And just maybe the governments could send out 4 figure cheques to the citizens (that should be their first priority) if they diverted the inflated subsidies to profitable oil and gas company (that are wrecking havoc on the environment and climate) to the most vulnerable.
Canada doesn’t have an inflation problem - we have an unhinged corporate greed problem that grows with the support and assistance of our federal and provincial governments.

I don't own a cell phone

I don't own a cell phone either. And you're correct that more central would be things like cracking down on food profiteers.

But that said, most people, including most poor people, DO own cell phones. Arguably if you're homeless, or are stuck in short term very limited accommodations, a cell phone becomes still more important--you're not gonna have a land line. And I'm not young. I don't get it. Young people (and lots of people my age) use cell phones for everything--they have no computer, they have no TV, but they have a cell phone. Whether it's working their way through government bureaucracies or applying for jobs, they do it on their cell phone. The things are much more important than you think. Cracking down on Canada's terrible cell phone (and internet) oligopolies is an excellent idea, even if it's not the ONLY excellent idea out there. Mind you, I personally would prefer a crackdown that involved nationalizing some of the bastards.

Totally agreed the gougers should be held for a couple of years to no higher than the levels of profits in the year prior to Covid.
There's simply no way that the grown-in-Ontario apples and leeks cost the purveyors more this spring than they cost last fall: certainly not over 100% more, which is the increase in price.
It sure looks to me like the major chains have engaged in price-fixing, same as they did with the cost of bread a few years ago.

Banks. Record high profits, quarter over quarter, despite Covid -- and they used Covid as a good time to increase their charges and decrease their service.

I'd sure love to know where one can get a plain-vanilla wired phone for $10. I got the cheapest available, and pay between $25 and $30 for it.

My thoughts too on the cost

My thoughts too on the cost of a land line phone. I live in Ontario where land lines are mostly through Bell. After a number of years at $40-$45 monthly, I was told it would cost $70.00 per month. For a land line phone. Basic plan. Switched to Rogers as they charged $40 basic cell phone per month. For a year. Then the cost was raised to match Bell's monthly charge. We decided to switch to Telus - for now still the best deal but no $10 monthly for sure.

One of Fawcett's premises

One of Fawcett's premises stands out for me--the idea that central banks should be independent of elected governments. He stressed that strongly. It is nonsense. The idea is that the function of central banks is or should be somehow apolitical--that there is a single best way for central banks to behave, which central bankers as neutral technocrats will know and will pursue for the good of all. This is of course completely foolish. The actions of central bankers will affect different groups differently. And if their actions aren't being determined by the elected representatives of the Canadian people, they will be determined by somebody, and the interests of that somebody. Given what most central bank presidents and staff were before they shifted gigs, that will generally be the interests of banks and certain other financial institutions.

And let's not forget that banks are not part of the productive economy. The interests of banks are to gather as much economic rent to themselves as possible at the expense of the real economy. So running things for their interests is a really bad idea.