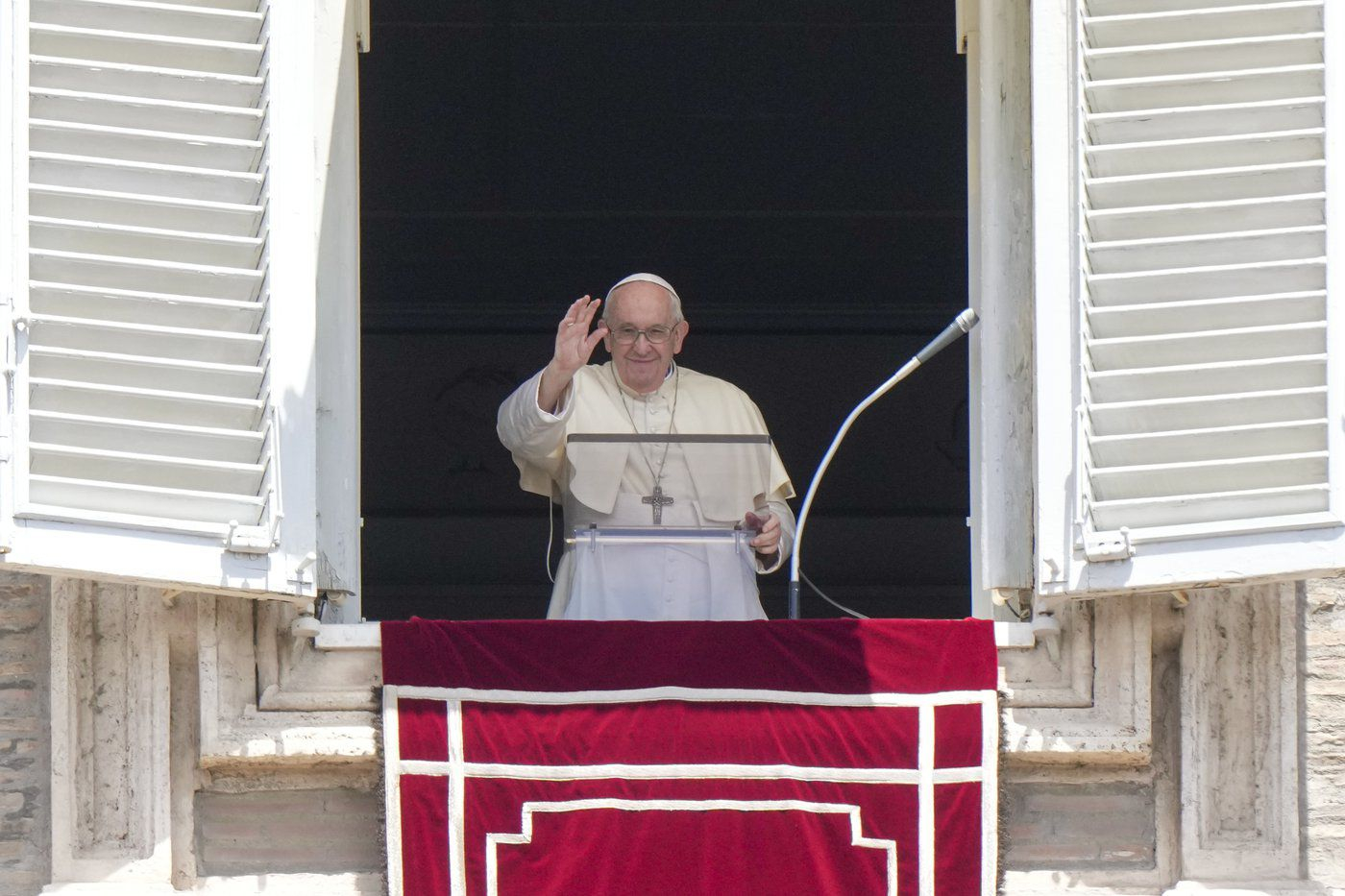 Pope Francis recites the Angelus noon prayer from the window of his studio overlooking St.Peter's Square, at the Vatican, Sunday, July 3, 2022. File photo by The Associated Press/Andrew Medichini
Previous story

When 48 Catholic church entities signed on to fundraise $25 million for survivors under the Indian Residential Schools Settlement Agreement, it was spelled out they would do so through their "best efforts."

Ken Young puts it another way.

"It was a weasel clause," the former Manitoba regional chief of the Assembly of First Nations said in a recent interview.

In total, that fundraising campaign raised less than $4 million. It made up one piece of the compensation package Catholic entities agreed to pay under the settlement struck in 2006 with Ottawa, former students and Indigenous leaders.

Nine years later, a Saskatchewan judge ruled that the church bodies — who had sought to relieve themselves of their remaining obligations — could indeed walk away.

"They said, 'We used our best efforts and we failed,'" recalled Young, who is himself a survivor of residential schools.

That history set the stage for a new promise Canadian bishops made last September that dioceses would put $30 million toward initiatives that offer healing opportunities for residential school survivors, their relatives and larger communities.

The discovery last year of what are believed to be hundreds of unmarked graves at former schools in Western Canada also shone a fresh spotlight on the failures of Catholic entities to raise the funds for survivors in the past.

Catholic dioceses failed in past to raise money promised to survivors. Will they now? #PapalVisit #ResidentialSchools #Indigenous

Now, bishops are preparing for the impending arrival of Pope Francis, who is expected to apologize for the Roman Catholic Church's role in operating residential schools.

Catholic leaders are seeking donations to help support his visit, including through the sale of what a spokeswoman said will be "modest quantities" of T-shirts, hats and bandanas.

"Any small profits will be directed towards the papal visit and the ongoing healing and reconciliation journey," said Laryssa Waler.

While the Vatican is thought to hold considerable wealth, fundraising for reconciliation has been undertaken by Canadian Catholic entities. Leaders say the church in Canada has a decentralized structure, meaning decisions are made by individual dioceses.

Bishops are members of a national assembly called the Canadian Conference of Catholic Bishops. The group has said it wasn't a party to the original settlement where the "best efforts" fundraiser originated, but nonetheless acknowledged its failure and said it drew important lessons from what happened.

Those lessons, the conference said, prompted it to establish the Indigenous Reconciliation Fund and appoint Indigenous board members to oversee it.

The fund, which was registered as a charity in March, is accepting contributions as well reviewing proposals for where money could go, the conference said.

The organization has also promised to provide public updates on the progress made toward the $30-million target, which it has pledged to reach by January 2027.

But to date, there's been no update on how much currently sits in the fund.

"We expect to have a substantial update on this work in the near future," said spokesman Jonathan Lesarge.

For Archbishop of Regina Don Bolen, who oversees a diocese that includes 25 First Nations communities, it's all about building relationships and prioritizing the work of reconciliation.

"We said we're making a financial commitment," he said.

The archdiocese has set a goal of contributing $2 million over five years, $1.5 million of which it has hit, he said.

As part of its efforts, the archdiocese put on hold a multimillion-dollar campaign to fund cathedral renovations and a pastoral centre.

Instead, Bolen recalled, church leaders decided to “approach those donors and say, 'We need to attend to the work of truth and reconciliation first.'"

He said like the wider Canadian public, his parishioners have over the past few years learned more about the legacy of residential schools.

An estimated 150,000 Indigenous children were forced to attend the government-funded institutions over a century, and the Catholic Church ran about 60 per cent of them. Many children suffered abuse and neglect.

"In the church, it's coming to see history in a new way," Bolen said, “to see the history of Catholic engagement with Indigenous Peoples in a new lens, really attentive to the experience of suffering."

That heightened awareness, Bolen said, is one the major differences he sees between the "best efforts" campaign of the past, and the current financial commitment.

"Parishioners were not, for the most part, ready to take up that challenge and didn't see things as many of them do now."

The federal government announced last week it would provide more than $35 million during the papal visit to Canada to support Indigenous communities, organizations and residential school survivors.

Pope Francis is set to travel to Alberta, Quebec and Nunavut from July 24 to 29.

"Christianizing" indigenous children meant indoctrinating them (definition: teaching a person or group to accept a set of beliefs uncritically) which should make that particular doctrine the focus should it not? After all, TRUTH comes before reconciliation.
The word "doctrine" is defined as "a belief or set of beliefs held and taught by a church, political party, or other group," but because someone believes something, does that make it true? No. Religion posits an alternate reality like no other after all; there is even a Bible dictionary (?!) that defines God as truth but the extraordinary, subjective, unprovable claim that some god or other actually even EXISTS as the entire premise puts paid to the worthiness of that definition. AND to that alternate reality. Truth just isn't that relative; more objectivity is required. The scientific method is us at our rational best.
Religion has worked via institutionalization based on the appropriation of human nature (and nature itself), deeming it raw, somehow "sinful" and therefore in need of direction (or indoctrination), arrogantly assuming that their ideas are superior. But their historical moral authority was established at an extremely ignorant time in human history, and ancient is not automatically sacred. Over time, the test of time, that authority has in truth become a joke.
The Catholic Church in particular urgently needs to be dismantled as the pedophile ring, and the original old boys' club that it IS, with all the nasty connotations.