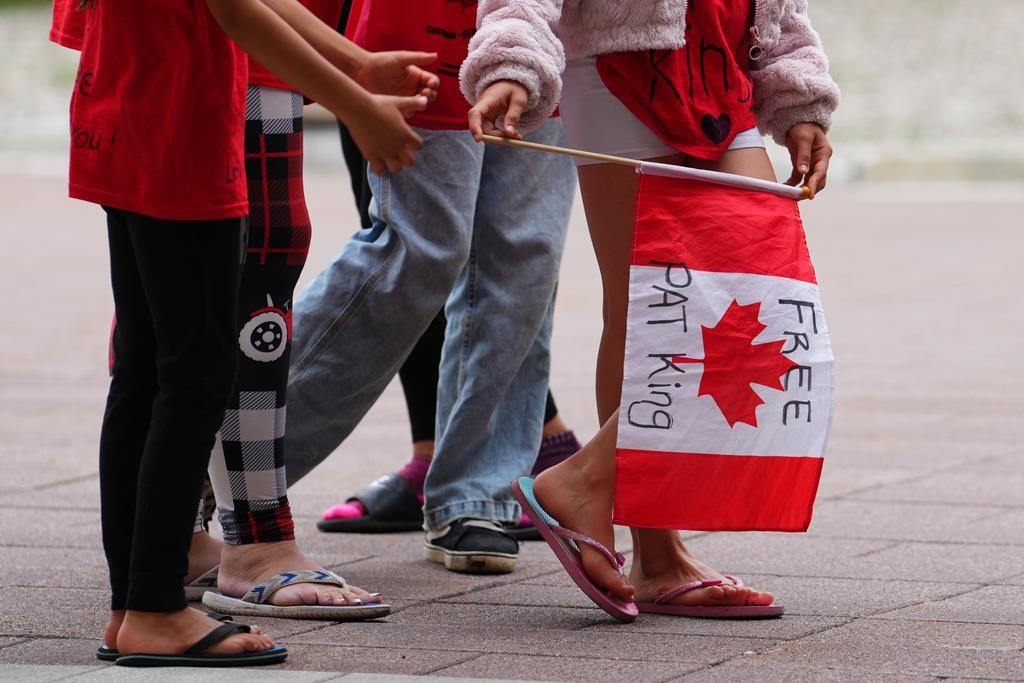 OTTAWA — Pat King, an organizer of the "Freedom Convoy" that paralyzed downtown Ottawa for three weeks last winter, has been granted bail.

The decision was delivered in an Ottawa courtroom Monday by Superior Court Justice Anne London-Weinstein.

The proceedings were covered by a publication ban.

King nodded as the judge's reasons were handed down, wearing a plaid shirt and his hair in a long braid.

In the courtroom, supporters wearing t-shirts that said "Free Pat King" brought tissues to their eyes as the judge delivered her decision.

London-Weinstein said King will have to leave Ottawa within 24 hours to return to Alberta, where he will be required to live with a surety.

When he emerged from the courthouse, King was met with cheers and a chant of "freedom" from a dozen supporters. He responded by pumping his fist in the air.

Conditions of King's bail include a ban on social media use and to refrain from taking part in activities related to the convoy.

King is also forbidden from contacting other convoy organizers including Chris Barber, Benjamin Dichter, Tamara Lich and Tom Marazzo unless in the presence of counsel.

Asked on the courthouse steps if King can abide by the bail conditions, his lawyer, Natasha Calvinho, said: "I think he can. I think that the five months in jail has been a harsh situation ... I think that he will."

King was back in court last week after a hearing in April came to an abrupt halt when his lawyer’s computer appeared to be hacked.

The day after the April hearing, the Crown announced it was charging King with three counts each of perjury and obstruction of justice.

The latest accusations were in addition to 10 charges related to King’s involvement in the Ottawa events last winter.

The previous charges include mischief, intimidation, obstructing police and disobeying a court order.

Hundreds of big rigs and other trucks caused gridlock on Ottawa's downtown streets for weeks as people protested COVID-19 health restrictions and the Liberal government.

Residential school buildings are a monument to suffering. What should become of them?