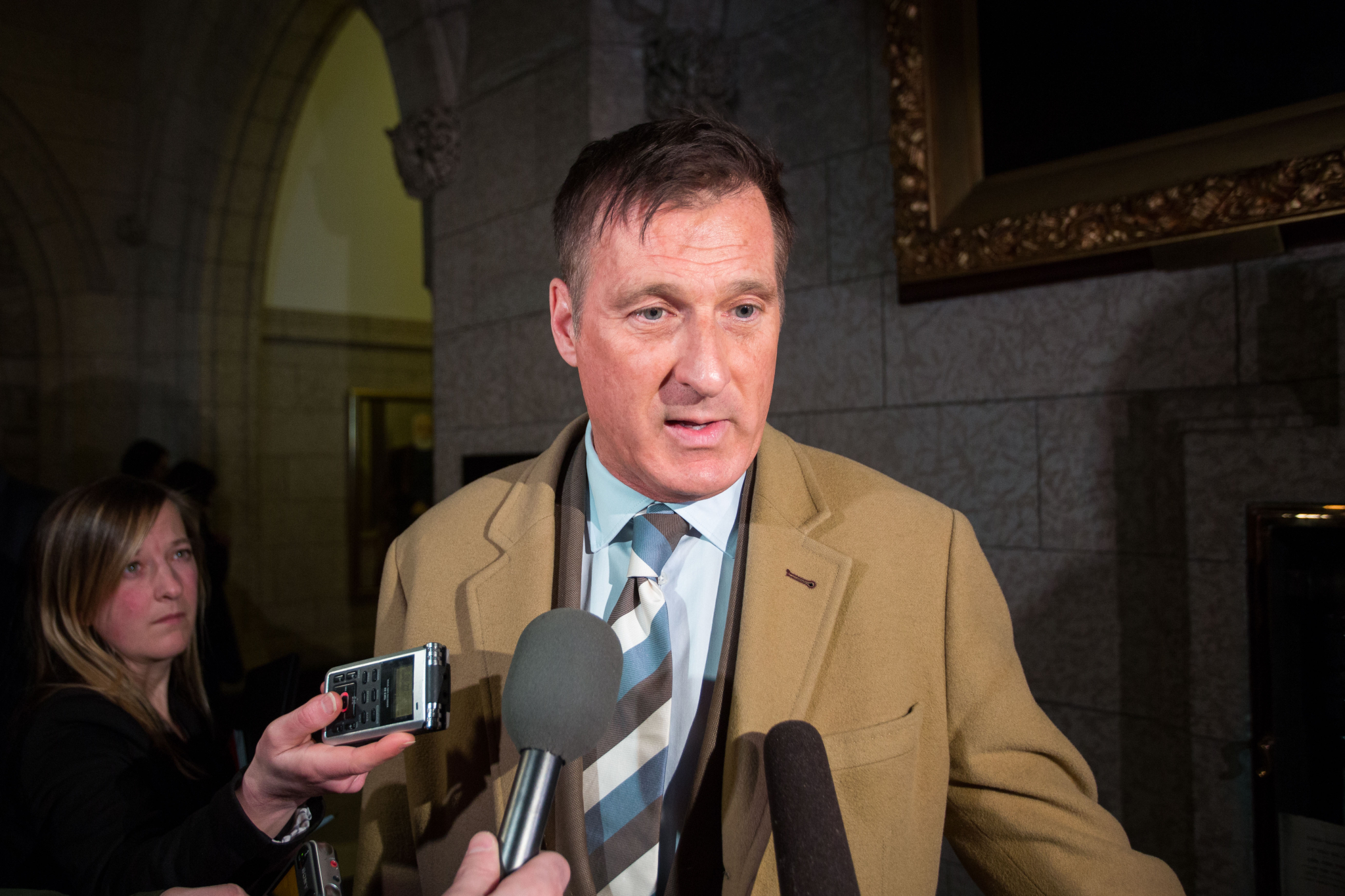 Very soon into the gig, a rather discernable and then predictable pattern emerged: other hosts on the station would promote baseless conspiracy theories or blatant misinformation, such as Justin Trudeau being a George Soros-controlled globalist or that a non-binding motion to condemn Islamophobia would criminalize all criticism of Islam. Then, when the morning show didn’t abide by the same rhetoric, I would see a huge uptick in the volume and vitriol in my email inbox.

One of the more graphic rape threats I received during that time made a reference to burning off my clitoris once I had been gang raped. That morning, I had corrected a false notion circulating in conservative circles, and being bolstered by colleagues at the station, that Canada signing onto the UN Global Compact for Migration would mean Canada would no longer have jurisdiction over its borders or have sovereignty in determining its immigration targets.

It has now been documented that there was a co-ordinated campaign to poison the discourse around the compact by pushing misinformation specifically on the issues of immigration and borders. And it worked. Conservatives in Canada repeated the campaign’s unsubstantiated talking points and worldwide, debate over the compact reached such a pitch, the coalition government in Belgium effectively collapsed.

In the aftermath of the last federal election, one thing that became abundantly clear was that much of our legacy political media seemed either unwilling or unable to report on the very real threat posed by politicians who use misinformation and conspiracy theories as part of their political shtick to appeal to voters.

The People’s Party of Canada (PPC) garnered just over 800 000 votes in the 2021 election, more than double its vote share in the 2019 election. Certainly, not every single PPC voter is an avowed white supremacist, but there were clear ties between the PPC and extremist groups that went largely ignored by legacy media. For example, columns and news coverage alike failed to acknowledge the PPC riding president charged for throwing gravel at the prime minister on the 2021 campaign trail had well-established, explicit ties to the white nationalist movement.

Instead of engaging in substantive discourse on the information ecosystem and political environment that allowed Maxime Bernier, a Harper-era cabinet minister and near-leader of the Conservative Party of Canada, to descend into a conspiracy theory-pushing zealot, our political chattering classes chose instead to focus on righteous indignation, decrying the import of American-style politics into our Canadian sphere.

Then came the “freedom convoy.” Suddenly, white journalists were regularly on the receiving end of deranged diatribes and threats of violence for reporting basic facts, akin to what their Jewish, Muslim, and BIPOC colleagues had experienced for years. There was a glimmer of hope that we’d collectively start to take these issues more seriously.

That was, however, short-lived as the bulk of legacy political media reverted to their natural resting state of being wilfully blind to the conspiracy theory-laden rage in this country and the politicians who encourage it, all under the guise of objectivity coupled with a healthy dose of normalcy bias.

Opinion: Canadians ignore extremism at their own peril. "There is no indication that a Conservative Party with Poilievre at the helm will feel the need to temper its rhetoric," writes @supriyadwivedi for @natobserver. #extremism #hate #cdnpoli

Bernier has been unable to secure a single seat for his party in the last two federal elections, and so it’s easy to write him and the PPC off as having been wholly rejected by the Canadian electorate.

It will become much harder to do that once Pierre Poilievre officially leads the Conservative Party of Canada in September. Poilievre is an enthusiastic and unapologetic peddler of conspiracy theories about the World Economic Forum. As both NDP MP Charlie Angus and CPC MP Michelle Rempel Garner have noted, there is a very real danger in mainstreaming conspiracy theories about a secret elite cabal controlling the country.

There are plenty of fundamentally good and decent Conservatives out there, both inside and outside the official party apparatus, who are uncomfortable with the direction their party is taking. However, there is no indication that a CPC with Poilievre at the helm will feel the need to temper its rhetoric. The party will effectively become a better funded, more organized, more mainstream version of Bernier’s PPC.

It’s easy and even tempting to scoff at that notion. But that is being purposefully ignorant to what has happened to conservatism in a lot of places, including right here. When Conservatives point out Poilievre is the best-placed person to lead the party, they’re not wrong. He very much embodies the modern-day CPC core base: angry, aggrieved, and willing to say anything so long as it dunks on Libs in the process.

The revelations from the Jan. 6 committee hearings in the U.S. should serve as a stark warning to Canadians as to what happens when conspiracy theories and disinformation become mainstreamed by the political establishment. Downplaying or even placating this type of rhetoric poses a fundamental danger to democracy itself. The sooner Canada realizes this, the better off we’ll be.

In the meantime, I look forward to Canadian columnists telling us that we should consider ourselves lucky that we’re not in the same boat as the Americans. After all, our conservatives only actively cheered on and supported the people who were trying to subvert Canadian democracy, they didn’t actually try to subvert it themselves.

Supriya Dwivedi is the director of policy and engagement at the Centre for Media, Technology and Democracy at McGill University and is senior counsel for Enterprise Canada.

Agreed. "Legacy media" seems to have truly become "lamestream media" in the same way that formerly esteemed "journalistic objectivity" has become "bothsidesism." Both can be attributed to the fact that one side has now objectively lost its mind and is fully manifesting, which means everything has to change somehow. The indefensible can not be supported at any level, which is what is currently happening.
But it's like climate change in that there is deep, extensive oppostion from those responsible. That would be the supporters of the right wing, the conservatives, so I think Supriya is exceedingly diplomatic here when she gives a pass to all the so-called decent cons who are "unhappy with the direction their party is taking." Ya think?! The question before any and all thinking, rational adults is at what point exactly DO you reconsider your affiliations and EVOLVE your thinking? Starting with the whole tribal idea of any particular group being THEIR party as such in the first place, like it's just some sports team for gods' sake! We start to understand why the root of the word culture is "cult."

Possibly it goes deeper than

I'm horrified but not

I'm horrified but not surprised at what you endured.

Re "Certainly, not every single PPC voter is an avowed white supremacist":

Not avowing their bigotry is a feature of far right parties and groups. Bernier will insist he's not a white supremacist in every dogwhistle bigoted tweet. People standing not just next to but WITH neoNazis in their so-called protests; parties and groups and politicians that welcome white supremacists, share podiums with them, cater to them in dogwhistles and language like "I speak Anglo Saxon" (Pierre Poilievre) are white supremacists, period. They need to own that and we need to stop trying to find the alleged one good person in their crowd. Before the 2016 election in the United States, media bent over backwards apologizing for the "average Trump voter" and a common refrain was "they're not all racists and bigots" and hell yes they are. It also needs to be said that the so-called convoyageurs who could afford to drive hundreds and thousands of miles to occupy a city for two months idling their trucks and SUVs are not financially hard up. While the rest of us were working, they were on an extended deplorable vacation pretending their lives are so hard. I'm not having it. It's time the silent majority of reasonable people shamed these fringe clowns. In our families, in the streets, where ever they appear.

Indeed. And I also appreciate

Indeed. And I also appreciate Supriya giving the details of bone-deep misogyny that has been unleashed now.

This is a first rate piece,

This is a first rate piece, and no one, absolutely no one, should endure what you had to endure.
You raise many valid points in your article, and I think one of the more important ones is the kid gloves that the mainstream media uses when dealing with these haters. The reporters in the recent Ottawa blockade giving them every benefit of the doubt, while the protesters called for them to be hanged on lampposts. Truly stunning in their blindness.
Thank you so much for such a courageous editorial. Thank you for your prose, your analysis and, above all, your decency. All of this is much needed in these times.

The CPC,  and conservatives

The CPC,  and conservatives in general are as the article says" angry, aggrieved, and willing to say anything so long as it dunks on Libs in the process." But here's the rub! The objective is not to "dunk on Libs" but to gain power and reward their financial supporters( donators) which are mostly businesses, and the so called elite Pollievre so effectively denigrates.  He playing a con job and like Trump will keep his support by rewarding the rich while saying here are the crumbs so you can purchase a home, buy your food, and keep up with Jones. Democracy doesn't disappear overnight, it is incrementally and slowly attacked leading to distrust by citizens. Harper escalated distrust by firing 1000s of scientists who potentially tell the public that Harper was a con man. Since then conservative leaders especially Kenney have been gaslighting us and now we have millions believing in conspiracy theories which could not be possible,  but Pollievre is stoking the coals by saying there is truth in these theories.