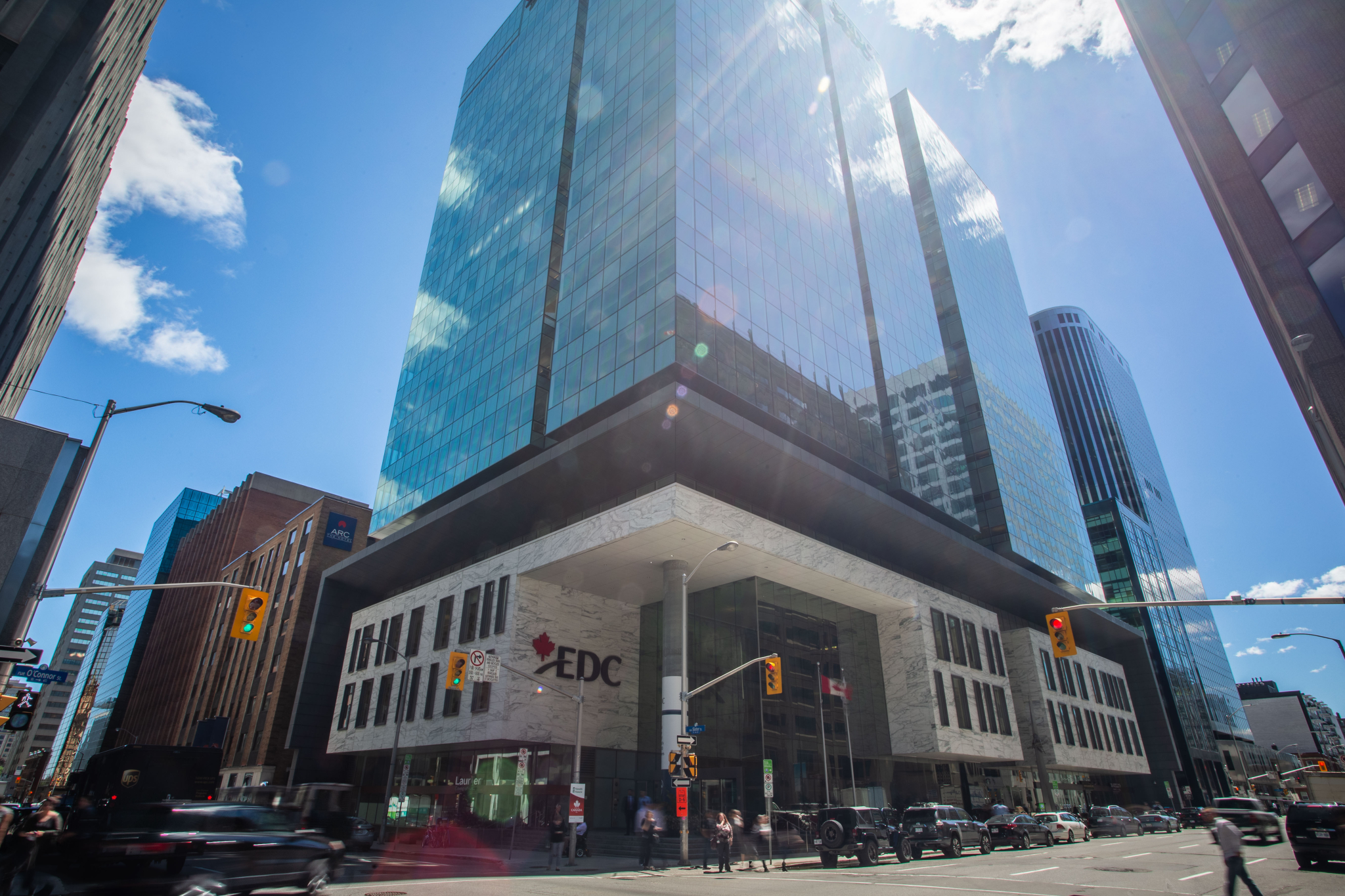 A former top oil and gas lobbyist has been chosen by Export Development Canada (EDC) as a sustainable investment adviser as the Crown corporation attempts to align its financing with a climate-safe future.

Dave Collyer, former president of the Canadian Association of Petroleum Producers (CAPP), which lobbies on behalf of oil and gas companies, was appointed last week along with four others to the environmental, social and governance (ESG) advisory council of the agency tasked with providing financing and connecting Canadian companies to international markets.

“These enhancements to the council are a key part of how we’re strengthening our ESG governance as we work to integrate ESG into everything we do and position Canadian companies for success through strong sustainability practices,” said EDC president Mairead Lavery in a statement.

Collyer led CAPP for six years between 2008 and 2014. Before that, he spent three decades with Shell, eventually working his way up to president of the multinational’s Canadian arm.

Today, he is board chair of Emissions Reduction Alberta, and also serves on the boards of AltaLink and ARC Resources.

His decades-long career in the oil and gas business won him a spot in the Canadian Petroleum Hall of Fame, where he is applauded for “spearheading a cultural shift for Canadian oil and gas executives and workers.”

EDC declined to make Collyer available for an interview, but told Canada’s National Observer he was “selected due to his extensive experience in the oil and gas sector, specifically his leadership in the industry’s shift toward focusing on environmental performance and transition.”

Collyer’s appointment is raising eyebrows among climate advocates, who question why someone who has spent their life advocating for fossil fuel extraction should be advising EDC on sustainable finance.

“It's kind of like inviting your foxes to advise you on chicken coop design,” director of corporate engagement with shareholder advocacy group Investor for Paris Compliance Matt Price told Canada’s National Observer. “Why would you be reaching in that direction?”

However, Collyer has his admirers, too, some of whom say he believes climate change is a problem that oil and gas companies must help address.

“It's kind of like inviting your foxes to advise you on chicken coop design... Why would you be reaching in that direction?" Matt Price with @investors4paris says of a former CAPP boss advising on ESG.

Chairman of the Canadian Petroleum Hall of Fame Bill Whitelaw said a large part of the cultural shift Collyer led was getting oil and gas companies to think more about the environment than they previously had.

“He was the one who said to the CAPP members, 'You've got to think a lot more carefully about how we treat this planet,'” Whitelaw said.

“His impact in that whole sustainability, energy transition, evolution, transformation — pick your noun — it's been pretty profound.”

Whitelaw said Collyer recognized the industry needed to change how it presented itself to Canadians after environmentalists in the mid-2000s were eroding the sector’s social license. Collyer was behind CAPP’s communication strategy to reform the industry’s image.

“The industry was always fumbling around on trying to figure out how do we effectively communicate and engage with Canadians and let them know the industry is doing some pretty good things in terms of our environmental performance,” Whitelaw said.

Collyer “moved communications from a functional mechanism within CAPP to a strategic mechanism, and so all of a sudden, the VP of communications was at the leadership table guiding strategic discussions,” he added.

That’s not how environmental activist Tzeporah Berman, who previously co-chaired an oilsands advisory group with Collyer and Melody Lepine from the Mikisew Cree First Nation, sees it. Since 1990, the oil and gas industry has thrived, and its emissions have grown 87 per cent and are now more than a quarter of the country’s total emissions.

Berman, now an international program manager with Stand.earth and director of the Fossil Fuel Non-Proliferation Treaty initiative, grants Collyer pushed the industry to recognize climate change as a threat and in some ways helped “stamp out climate denial.” But “in my opinion, what he did is move the industry and the country from denial to delusion; that we could depend on technological fixes while continuing to expand polluting fossil fuels,” she said.

Berman told Canada’s National Observer she’s worked with Collyer on and off for years and considers him intelligent and respectful, but nonetheless finds his appointment to EDC “concerning” given his focus on reducing emission intensity, rather than absolute emissions.

“Dave, like many of his colleagues from the oil industry, is working to try and ensure that the oil and gas industry can continue to expand,” she said. Collyer’s vision for the industry, she said, was “to decouple emissions from production” so that more fossil fuels could be extracted without adding to Canada’s official greenhouse gas emissions count.

“We're going to have to ensure production decline as well, and that's something Dave does not believe in,” she said.

On Tuesday, EDC released its new climate and sustainable finance targets, putting Collyer in an influential position with the agency as part of the ESG advisory team with a goal to transition the pollution-intensive industries it finances to a lower-carbon future. EDC plans to hit its targets by providing more loans to fossil fuel companies transitioning off oil and gas than companies increasing or maintaining production levels. EDC provides a specific breakdown of its targets in a technical summary.

Canada’s export credit agency needs to clean up its act on climate: study

I'd go with Tzeporah on this.

I'd go with Tzeporah on this. It reminds me of leaving the Humanist Society of Victoria when they started to collaborate with the Dept. of Religious Studies at the university. Didn't want to be AGAINST anything don't ya know, which declaring outright atheism would hint at, despite most of them not believing in any god.... Meanwhile, the right wing has happily commandeered such stark "negativity" to come off as the most authentic which in turn seems to have given them a license to lie outright!
This is simply mimicry of the layers and depth of corporate communications crap and advertising generally that has sontributed so heavily to "post-truth."

"Because the vast majority of

Ummm ... while neither the federal or Alberta government, nor the petroleum industry's calculation-base includes burning the fuel, it *is* Canada's to own. It's called "Scope 3 emissions."

(I learned that from reading this publication, and links provided by writers and commentators here..)

Not sure who "owns" the transport emissions, till it arrives where it'll be burned.