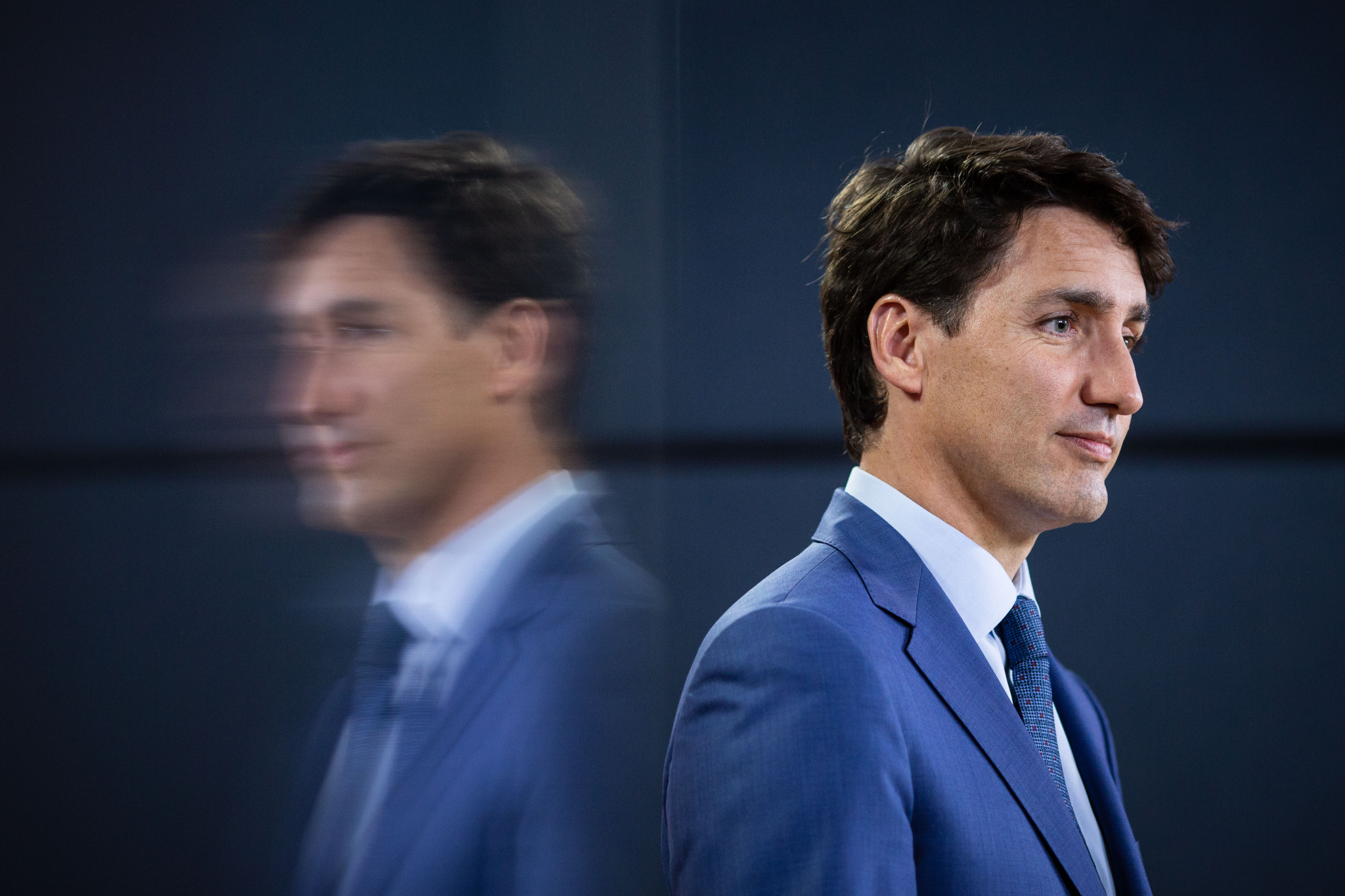 When you’re up against an opponent willing to trade in bad-faith arguments and deliberately misrepresent the data, you can’t afford to assume the facts will speak for themselves, writes columnist Max Fawcett. File photo by Alex Tétreault
Previous story

Last week, millions of Canadians received their carbon tax rebates — some as big as $550 — in the form of a direct deposit from the federal government. But the number of people who understood where the money came from and why it was being given to them is surely much smaller, given the confused way in which it was communicated.

Some people received alerts from the Canada Revenue Agency, which are usually greeted with the same enthusiasm as dental appointment reminders. Others simply had the money dropped into their account under the vague heading of “federal payment,” “Canada Fed” or “EFT Credit Canada.” And because the rebate only applied in provinces that hadn’t implemented their own carbon tax, it left Canadians in places like British Columbia and Quebec feeling left out.

Oh, but it gets worse. Because the first instalment of this direct deposit system was a double payment, a lot of Canadians are going to wonder where their money went the next time it shows up in their account. As Concordia University economics professor Moshe Lander told Global News, “The mistake that Canadians are going to make, and they’re going to end up getting very angry in three months’ time, they’re going to say, ‘Why am I only getting half of what I got in July?’”

In fairness, this is an improvement over the first iteration of carbon tax rebates, which were distributed in the form of a refundable tax credit called the “Climate Action Incentive.” Many Canadians didn’t connect the dots between this and the carbon tax, and some probably didn’t even know their accountants had claimed it on their behalf. Now, at least, they’ll actually see the money come into their account on its own.

But when you combine this sort of consistently confusing communication with the long-standing conservative campaign to mislead and misinform Canadians about the carbon tax and rebate, it amounts to gross political malpractice. It’s an unfortunate reminder, not that we really needed one, that the best ideas in the world can fail if they’re not sold properly. And conservatives are far better than progressives at doing that sort of selling.

Witness the collapse in the United States of the “Build Back Better” plan, an ambitious policy platform that has been disemboweled by Democratic Sen. Joe Manchin and his unwillingness to do anything that might harm his state’s coal industry. That’s in large part because the complexity of that plan made it difficult to condense it down to something easily digested and understood — and made it easy for people like Manchin to oppose it without fear of any political blowback.

While conservatives are able to rally behind a simple message and pound away at it relentlessly, both with their own platforms and the ones operated by their proxies in the media, progressives tend to get bogged down in the details. As Financial Times columnist Edward Luce noted, “The skill at which Donald Trump excels is creating a master narrative and ensuring every American hears it — no consultants needed. That is what he did in 2016 and will try to repeat if he runs for president again.” CPC leadership front-runner Pierre Poilievre also possesses that skill, and he’s used it against the carbon tax and rebate ever since it was first announced in 2018.

Make no mistake: the fate of the carbon tax, and Canada’s broader climate policy, is still very much in question. Unlike the GST, which then Opposition leader Jean Chrétien promised (and failed) to repeal, the carbon tax doesn’t provide the next Conservative federal government with a steady and reliable source of revenue given that approximately 90 per cent of it gets rebated back to Canadians.

And because the current federal government has failed to establish a clear connection in the minds of enough Canadians between the tax and the rebate, getting rid of it won’t come with much of a political cost.

That’s why even Scott Aitchison, the most moderate and measured of the current candidates for the Conservative Party of Canada leadership, has pledged to kill it. “If I become Conservative Party leader,” his website reads, “our team will have a real plan to fight climate change. But we will never support a carbon tax.”

Opinion: When millions of Canadians received carbon tax rebates last week, few of them understand why. The #Liberals have failed to connect the dots. #CarbonTax #rebates #cdnpoli @maxfawcett writes for @NatObserver

This sort of entrenched intransigence to what is objectively good and effective policy should be a wake-up call to progressives in Canada. All wonkish academic endorsements in the world won’t mean anything if voters don’t understand why you’re doing something and how it benefits them personally.

And when you’re up against an opponent willing to trade in bad-faith arguments and deliberately misrepresent the data, you can’t afford to assume the facts will speak for themselves.

Progressive politicians may eventually lose the battle for the carbon tax, in other words. On some level, it might already be lost. But they don’t have to lose the war here, whether it’s on climate change or other major policy fronts. They just need to remember that the best ideas in the world don’t matter if you can’t sell them properly.

Why are my fellow Canadians

Why are my fellow Canadians so ignorant and uninformed about taxes, rebates, government in general? As a lower income senior, I received the carbon tax cheque. I know I will get a GST rebate quarterly. These income supports help living in high cost of living Alberta. I was appalled to read the truckers convoy so called Canadians were critical of police for not reading them their rights as required by the USA constitution. Unreal! And the discouraging aspect of this is these are the folks who think our parliamentary democracy is illegal a d illegitimate. It doesn't take a rocket scientist to be Informed but most seem to take democracy for granted. Wake up. Ask any senior in Alberta why Gasoline prices are high, the carbon tax! When gas was $1.80 a litre, the 11 cents per litre was insignificant. The GST is a value tax, all other taxes of gasoline are per litre, so as the price goes up the percentage drops.
And freedom! The ultra conservative Canadian Think Tank called the Fraser Institute recently updated its report on the which are the freest countries in the world! Canada came 6th, in the world the USA way down the list. So Pierre Populism, put that in your pipe and smoke it. Making one the freest countries even freer is total nonsense. A con job

Considering what the Fraser

Considering what the Fraser Institute thinks constitutes "freedom" I kind of wish we were lower on that list. They're mostly about freedom to defraud, freedom to sell unsafe products without pesky "regulations", and stuff like that.

In fact, all federal carbon levy revenues are rebated back to the province of origin: 90% to households. 10% goes to hospitals, schools, and businesses.

Given that carbon pricing is a market-based solution, the loud opposition from a large contingent of conservatives is confounding.
Andrew Coyne: There’s a conservative case for carbon pricing, but not a good one for the alternative, Sep 23, 2016
http://news.nationalpost.com/full-comment/andrew-coyne-theres-a-conserva...
*
Is there a conservative case against the carbon tax? Not really, Nov 2, 2018
https://calgaryherald.com/opinion/columnists/opinion-is-there-a-conserva...
*
Chris Selley: Preston Manning has answer to carbon problem, but clout with conservatives seems in decline, March 22, 2019
"Manning has argued tirelessly with Reform's spiritual heirs that simple, revenue-neutral carbon pricing is the most conservative approach available to fighting emissions
"…Probably no issue has highlighted the disconnect [between Preston Manning's image as a populist and the more recent perception as an establishment figure by rank-and-file conservatives] more than carbon pricing."
https://calgaryherald.com/opinion/chris-selley-preston-manning-has-answe...

"The Canadian Chamber of

The carbon tax as done by the

The carbon tax as done by the Liberals should be an easy sell and they should be selling it hard: On average, you break even. But if you can spend less on fossil fuels than the average Canadian, you're making bank. At the extreme, if you have an electric car and heat your home and water with electric heat pumps, you're paying practically zilch but still getting the whole rebate--easy money!

As Max says, it would be

As Max says, it would be useful to have some mechanism for explaining and justifying complex policies that benefit Canadians. One might even package that information in the form of newspapers or articles on web sites. In fact, eminent writers, like Max, could even perform this service to society.
Instead, our journalists focus on telling us how poorly informed we are and how much better a job the Conservatives do with their stories that are unburdened by any responsibility or commitment of resources.
Perhaps we should turn over all of our information needs to Conservatives, or perhaps that's already happened.