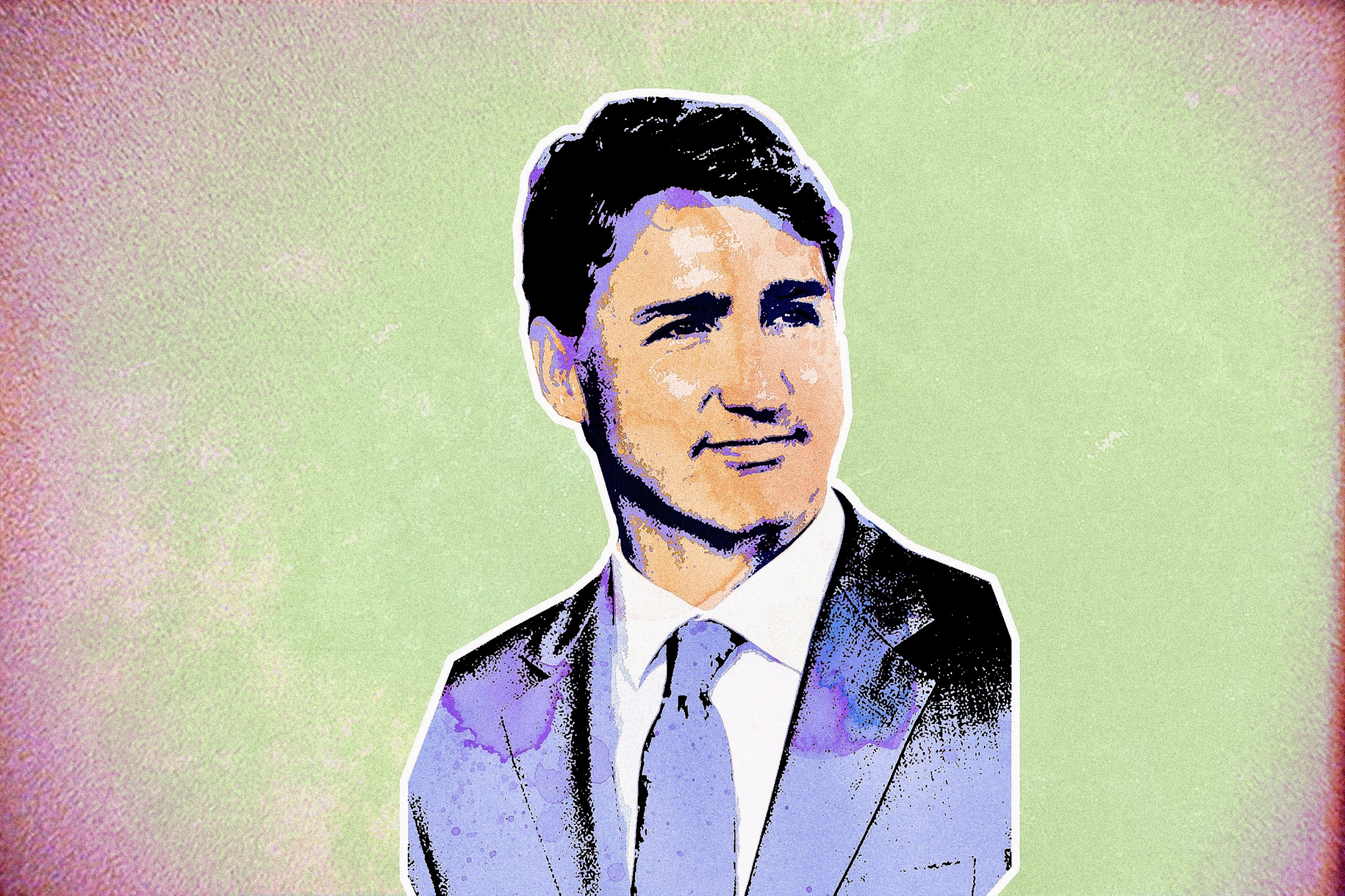 Canada’s National Observer columnist Max Fawcett’s recent piece on the Trudeau Liberals’ discussion paper for a proposed oil and gas emissions cap drew some interesting comments from industry on the difficulty of meeting the government’s targets. Fawcett summarizes, “They can’t afford to reduce their emissions as quickly as the federal government would like — and might not be able to do it at all.”

Of course, that was clear right from the start when the federal government’s recent much-ballyhooed 2030 Emissions Reduction Plan assumed a 31 per cent reduction from 2005 levels for the oil and gas sector by 2030. That required a reduction of almost 45 per cent in just eight years from today (in pre-pandemic 2019, we were 19 per cent above the 2005 level).

Who would think that was possible? I’d suggest nobody, including the government. But to meet our PM’s latest COP26 promises, that’s the kind of number that was necessary for the arithmetic to work.

A close reading of the discussion paper on the oil and gas emissions cap also raises a fundamental question about the future of Canada’s refining industry, a subsector of oil and gas that doesn’t get much attention. Refining makes up 10 per cent of our national oil and gas sector’s GHG emissions, the paper points out. And it raises questions about whether the cap on emissions will apply to refining as well as actual oil and gas production.

If refineries are included, this could spark some companies to shut down a refinery to avoid dealing with the difficulties of having to reduce greenhouse gas emissions from oilsands production. So a refinery in Ontario or Quebec could be sacrificed to avoid dealing with oilsands emissions, a much harder venture. Suncor and Imperial Oil would be perfectly poised to do just that because they have large bitumen mining operations and also own refineries in Eastern Canada.

Shuttering refineries sounds bad, doesn’t it? Think of the job losses, you might say. But aren’t we supposed to be reducing our demand for gasoline and diesel as part of this whole green shift? No company that owns refineries is going to invest hundreds of millions or billions in a refinery only to be shuttered a few years later when demand peters out.

The way a company avoids those costs is to shut down a refinery before an investment is required and import the gasoline, diesel and other products it needs for sale and no longer produces.

There are precedents for exactly this — for example, in 2003, Petro-Canada shut down its Oakville operation to avoid investing for an impending low sulphur gasoline regulation. We’ve been closing our refineries in Eastern Canada for decades while increasing petroleum product imports, most recently, Imperial’s Dartmouth refinery in 2013 and before that, Shell’s Montreal refinery in 2010.

The government owes the public and industry an outlook on how fast demand for petroleum products like gasoline and diesel is going to disappear in this country because this drop in demand determines how soon refineries will start disappearing to avoid large investments with short lives, particularly in Eastern Canada where it’s easier to import than the Prairies.

All of this has implications for a very hot issue right now. And that’s Enbridge’s Line 5.

Opinion: Canada's proposed cap on oil and gas emissions raises questions about the future of refineries and the Line 5 pipeline, writes Ross Belot for @NatObserver.

The state of Michigan wants to shut down Line 5 because it has safety concerns about the 69-year-old line and Canada is arguing the line must remain open. One reason we care about Line 5’s existence here in Canada is this 540,000 barrel-a-day pipeline feeds Canadian and U.S. light crude to refineries in Ontario and Quebec. If our GHG reduction plan necessitates closing refineries in Ontario and Quebec, the rationale for keeping Line 5 open completely shifts.

We’re arguing we need Line 5. But we haven’t ever said for how long. A recent expert report commissioned by Enbridge surprisingly says it would cost Canadian consumers only one American penny per gallon more if the import infrastructure was put in place and the pipeline was shut down.

That implies in the medium-term we could manage with imported products and reduce refining in Eastern Canada. Long term, we aren’t supposed to need those refineries you’d have to assume, given the green shift.

Our government owes industry and the public an answer on the expected decline in demand for petroleum products in Eastern Canada consistent with our COP26 commitment. We can only hope Michigan can force the answer. The Trudeau government, it seems, is too busy making up unattainable targets and can’t bother telling us what the coming transition is really going to do to our industries and the associated jobs.

Perhaps, the government really thinks not much is going to change, that this is all just a PR exercise.

You see, the Trudeau government has set its targets many years out and nothing has actually changed. A lot of sound and fury but no real progress. Now 2030 is drawing near, and the federal government has published more detailed plans with unrealistic targets. The oil and gas business is not going to see a 45 per cent reduction in emissions in the next eight years.

So, tell us, prime minister, when are the refineries in Eastern Canada going to start shutting down? Because that’s a real indicator that serious change is going to happen. Until you tell us what your government really expects, I don’t think we can believe what you say about the commitments you’ve made.

When it comes to Canadian pensions, there’s a new climate leader in town

"show us your cards"

"show us your cards"

Trudeau already showed us his cards:

Trudeau: "Our challenge is to use today's wealth to create tomorrow's opportunity." (2016)
"There is growth to be had in the oilsands. They will be developing more fossil fuels while there's a market for it, while we transition off fossil fuels." (2016)
"No country would find 173 billion barrels of oil in the ground and just leave them there." (2017)
"Our plan is to use this time of transition to Canada's advantage by building the infrastructure to get our resources to global markets and using the revenues to invest in clean forms of energy." (Mar. 15, 2018)

And the economic consequences

And the economic consequences of shutting Line 5, shutting in the 540,000 x 365 barrels of oil and closing the refineries that use it? All that economic activity will be transferred to which ever country we import gasoline and diesel from. And those out of work oil and refinery workers won't be buying new cars, never mind electric, or re-insulating their houses or mounting solar panels, etc. etc.
So Trudeau is a frail wand blowing in the wind of opinion - railing about this doesn't change the day-to-day reality of folks who are trapped in the fossil fuel energy system if they can't buy their way out.

Is anybody betting on a

Is anybody betting on a thriving O&G industry in a net-zero world?
The goal of climate action is not to keep the fossil fuel industry on life support forever so that people can keep their jobs at the refinery.

Wind down fossil fuel production and consumption at the same time, and transfer those jobs to more viable industries.
The idea was never to hang fossil fuel workers out to dry. Hence, just transition.
We can either invest in the problem or the solution.

Asbestos miners, whalers, buggy-whip manufacturers, encyclopedia salesmen, type-writer makers … They all suffered loss as the old gave way to new. People who were unable or unwilling to adapt to change were left behind. Communities unable or unwilling to keep up with the times withered away.
Such is the history of civilization and progress. Economic dislocation is a fact of life. Technology and economies evolve.
It has ever been thus.

The fossil fuel industry has seen the writing on the wall for decades. Decades to prepare for the shift.
Unfortunately, industry has done everything in its power to obstruct the transition — and perpetuate demand: attack climate solutions, fund climate denial using Big Tobacco's playbook, oppose alternatives, campaign against carbon pricing, lobby to weaken and delay regulations, attack ENGOs, co-opt Big Green groups, and support politicians and parties who oppose change. All the while milking govts for endless subsidies.

Climate change impacts already cause huge economic damage and imperil jobs and production in other industries.
Fossil-fuel driven global warming destroys jobs — from forestry to fisheries, from farms to wineries. No jobs on a dead planet. And not just jobs, but entire towns. Even ecosystems.

We can either prepare for change and meet the challenges of the 21st century — or kick and scream against change and sink into denial and rage.
Our choice.