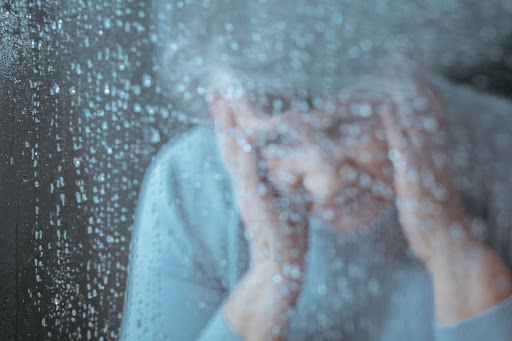 Senior advocate Laura Tamblyn Watts warns that with 40,000 people on waiting lists for long-term care in Ontario, the situation is getting worse. Stock photo via Envato Elements
Previous story

Lucy DeFilippis is a light sleeper, so when her phone rings in the middle of the night, she wakes quickly, ready to face the next crisis.

There have been many calls over the years, mostly from her mother Maria DeFilippis’ emergency service. When she still lived alone in her own home, Maria wore a bracelet that sensed when she fell and summoned an operator to call to see if she was OK. If she didn’t answer, an ambulance was sent to the house.

Lucy signed Maria up for the monitoring system when she could no longer afford to pay for her mother's private in-home care and found government home-care allowances insufficient to offset the costs. Lucy debated caring for her mom but often felt torn between her obligations as an only child and those as a wife and mother. Finally, she let her mother fend for herself and hoped for the best. This uncomfortable choice resulted in frequent middle-of-the-night calls.

Home care in Ontario is strained and faces increasing pressure as the population ages. Accounting for five per cent of the overall health-care budget, home and community care must assist those requiring help to stay in their homes. This help could include personal support, whether nursing care, washing and bathing, assisting with daily house cleaning or shopping.

Laura Tamblyn Watts, the founder, president and CEO of CanAge, Canada's national seniors' advocacy organization, says senior care needs to be a priority. "We should be prioritizing significant government investment in this as more than 30 reports in as many years have found in Canada," she says. "Additionally, there need to be more accessible and affordable options for people to engage in home modifications, get accessibility technologies such as wheelchairs, walkers, ramps, lifts and assistive devices — most of which are not covered at all by government programs."

According to the 2021 Canadian census, the number of people over 85 doubled in the last 20 years. Statistics Canada projects that over the next 25 years, this age group could triple to almost 2.5 million.

The overwhelming majority of people over 65 want to remain at home. A 2020 Home Care Ontario survey found that 93 per cent of people over 55 said they want to stay in their home where they believe they are safest, especially with COVID-19 still floating around.

Lucy DeFilippis is a light sleeper, so when her phone rings in the middle of the night, she wakes quickly, ready to face the next crisis. #Ontario #Seniors #ElderCare #LTC #HomeCare

Tamblyn Watts acknowledges that many families have no options but to turn to long-term care centres (LTCs) to help look after their aging loved ones. "The cost of getting real, robust home care for someone like Lucy's mother can be $10,000 to $20,000 a month ― totally unaffordable for most people," she says. "Our publicly funded home care ― if you can get it ― is not adequate…"

According to Tamblyn Watts, the need is driving a dangerous new trend — a “grey economy” of untrained caregivers who offer “elder care” on sites like Kijiji or Craigslist. Although sometimes these arrangements work out, she worries they can be dangerous for both the recipient and the caregiver, who is at risk of exploitation, working without contracts, employment insurance or workplace security.

But families have few options when a loved one's condition deteriorates, and the wait lists for long-term care seem insurmountable. And seniors who don’t necessarily need to live in a care home but require support to stay where they are, often fall through the cracks.

The most desperate families abandon their loved ones in emergency rooms, hoping the hospitals will keep them indefinitely or fast-track them to permanent care. This is colloquially known as "granny dumping." Medical staff are obligated to treat any physical health conditions, but as soon as the patient is functional, they are discharged. Tamblyn Watts says that "some form of social services is called, but there's really nowhere to put people. And they often end up in hospital or on the street, neither of which is a solution."

Senior advocates and the National Institute on Ageing (NIA) are calling for a National Senior Strategy. The plan would help to ensure health care, social services, and economic systems meet the needs of Canadians as they age. In addition, the NIA says it should include providing care closer to home. This would benefit all Canadians and help alleviate some of the strain on middle-aged children struggling with affordability in the face of inflation and a lack of seniors residences.

A lack of affordable home care

The crisis that forced Maria into long-term care happened one July night in 2020. Lucy received an emergency alert notification, and when she called her mother’s number, no one picked up. “Why isn’t my mother answering?” she wondered. Her mother always had her phone with her. Lucy called over and over.

Minutes later, the alert service notified her they had sent an ambulance to the house. Lucy threw on some clothes and raced out the door. Tears streamed down her face as she sped toward her mother's home. She imagined the worst.

She steeled herself before getting out of the car. Inside the ambulance, there was Maria on a gurney, bruised and frightened. Lucy hugged her mother and held her close as Maria apologized for calling her “paranoid.” She never thought she would fall down the stairs in a home she’d lived in for years.

When Lucy locked up the house, she saw her mother’s walker lying at the bottom of the stairs. At that moment, she decided this had to be her mother’s last fall in this house. It was time to move to long-term care.

Maria had been on the LTC wait list for four years. The fall moved her to the top.

Lucy knew her mother wanted to age at home and felt terrible having to move her. “It hurt like hell to put her in there. And to this day, that guilt kills me ― kills me,” She says. “I wish to God my mom didn't have to be there.”

As it turns out, in most cases, providing home care instead of long-term care is cost-effective. For example, according to a study by the Queen’s University Health Services and Policy Research Institute, the Ontario government spends $73,000 a year to look after a single person in long-term care, but providing adequate financial assistance for those caring for that senior at home would cost half that amount.

In an email to Canada’s National Observer, the Ontario Ministry of Health said it is committed to ensuring Ontarians have access to the home-care services they need. They say the provincial government will invest an additional $1 billion over the next three years to expand community care, such as adult day programs, meal services, transportation, caregiver supports and assisted living services.

According to the Ontario Long Term Care Association, in 2020, Ontario spent nearly $5.76 billion on long-term care. Still, Tamblyn Watts says the government needs to do more.

"If we don't help people stay in their own homes longer and with appropriate health and social supports, those seniors will assuredly end up in our acute care hospital beds, long-term care facilities, or tragically — morgues," she says.

So where does the money go?

This is a first rate piece of

This is a first rate piece of journalism. Thank you for comforting the afflicted and afflicting the comfortable. Anyone who believes that the people who make up our current provincial care about the people of this province, especially the most vulnerable, should read this article. Well done, Ms. Hannaford.

Ontario is by no means the

Ontario is by no means the only failing jurisdiction when it comes to caring for the elderly. The social and economic evolution of the nuclear family has de-legitimized the multi-generational family that previously cared for the aged and disabled.

Currently, it is often necessary that every member of a family legally able to work is required to do so to keep a roof over their heads. There are no "spare" family members for home care duties,

Those seniors fortunate enough to have a home they can afford to keep, are under considerable pressure from society, to give up that home to a deserving but homeless younger family. Developers and governments encourage this but have not provided acceptable transitional housing or care. The "warehouse" solution of LTC, especially the predatory for profit invasion of the sector by hedge funds and unaccountable self-dealing shell corporations is the grisly product of the "privatization" replacement for public good projects.

The entire philosophy behind privatization is a fraud perpetrated by capitalists to slither into possession of public subsidy of services from which they fully intend to extract a handsome profit. When that profit is no longer possible, they simply abandon the project. This is a phenomena repeatedly popping up in rural, marginalized and "unprofitable" locations where abandoned hospitals, nursing homes and other infrastructure - litter the landscape. One could call this the desertification of community services in "un tenable" locations.
Moreover, it is the abandonment of human beings who might officially be called "untenable".