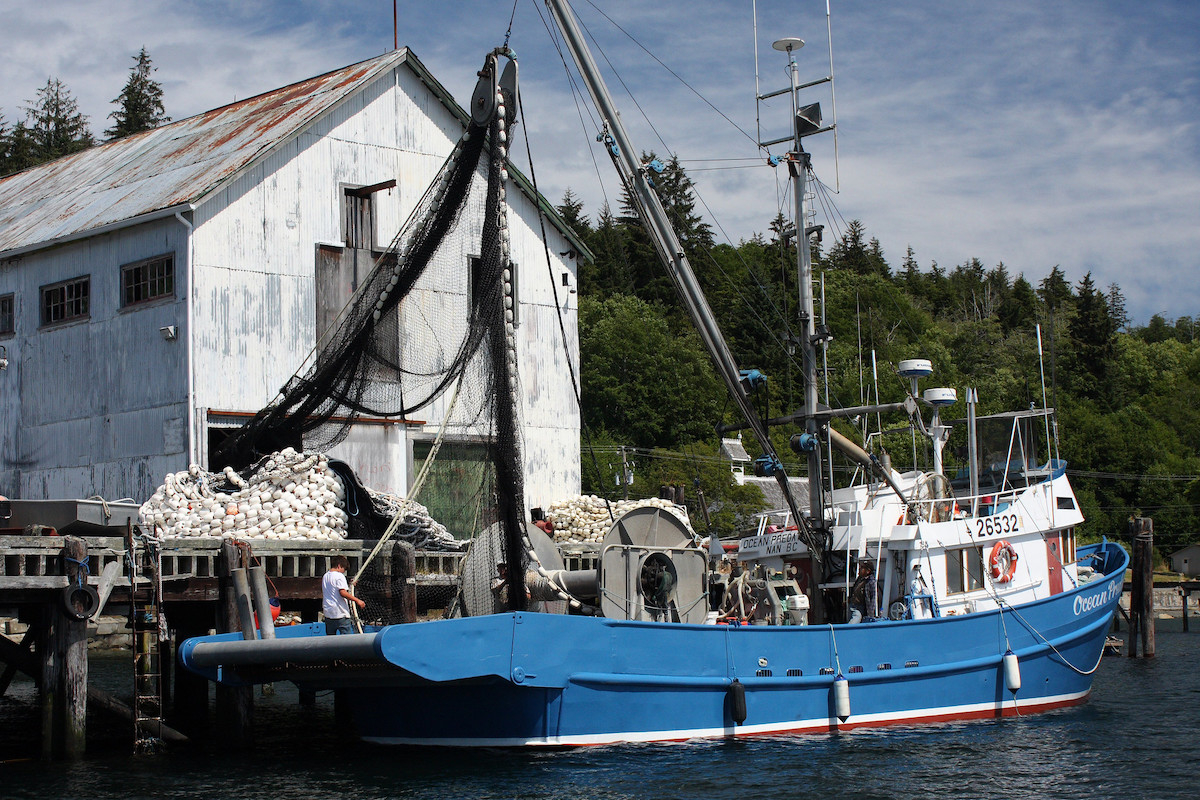 Residents of the small community of Alert Bay on Cormorant Island are worried about their access to emergency medical care with a two-week overnight shutdown of the local ER. Photo courtesy B.C. Government
Previous story
Next story

A remote B.C. island community is anxious as it faces a two-week overnight closure of its local emergency room due to the ongoing medical staffing crisis across the province.

Island Health announced the closure of Alert Bay ER in the Cormorant Island Community Health Centre from 7 p.m. to 8 a.m. nightly, which started Tuesday and will last until Aug. 16.

“Residents aren’t happy with the closures, and I think there is concern,” said Alert Bay Mayor Dennis Buchanan.

“Two weeks, that's going to present difficulties for sure.”

The problem of staffing shortages in ERs is playing out not only in Alert Bay but at hospitals across the North Island region and the province, Buchanan said.

“We’re not going through anything different than Port McNeill or Port Hardy or certain other rural communities in the province, or across Canada, for that matter,” he said.

Ferries to and from Vancouver Island don’t run at night, so residents with medical emergencies will have to be flown out by helicopter or possibly transported by water taxi, Buchanan said.

The ER in Alert Bay has been closed sporadically throughout the month of July but never for such a long period of time, Alert Bay resident Randy Govereau said, adding he’s particularly worried about the community’s elders.

“What are we going to do if it gets extended or continues on further into the year? Or if there’s a big emergency?”

“I think this is so scary. What are we going to do if it gets extended or continues on further into the year?" asks Alert Bay resident Randy Govereau. #RuralHealthCare #HealthCrisis

A number of his older family and friends have chronic health conditions, Govereau said.

“I personally have struggled with asthma my whole life,” he said.

“Once in a while, I'll get these really nasty, tough, asthma attacks, so I will need the emergency room in those situations.”

There is not enough nursing staff in the region to maintain safe, consistent 24/7 emergency services in the Alert Bay facility, Island Health said.

The health authority and BC Emergency Health Services have protocols in place so patients are transported to an appropriate alternate site, Island Health said, adding minimum staffing levels are necessary to ensure patient safety.

Communities in the North Island have been working with Island Health and the regional district to find solutions to the ongoing issue, Buchanan said, who added lack of accommodation is compounding the problem.

The staffing crisis also caused the shutdown of the Port McNeill Hospital ER on Sunday from 9 a.m to 7 p.m., with emergency patients being diverted to the Port Hardy Hospital, 41 kilometres north.

In August, there are also reduced hours at the Chemainus Health Care Centre and six full days of closures at the south Vancouver Island facility on Aug. 3, 10, 15, 20, 27 and 28.

Adriane Gear, vice-president of the BC Nurses’ Union, said the increased frequency of temporary ER closures in North Island is a concern for community health in general but especially for an island community.

“It is more concerning, they're more isolated,” Gear said.

“It’s an island, so it’s not like people can just make the decision to drive off.”

Of course, patients with a serious medical problem, like cardiac arrest, would be prioritized to be flown off island, but there are still important initial assessments and care that need to occur as quickly as possible, Gear said.

“If somebody had a stroke, you’re going to make sure they get certain medications. You need to treat certain conditions in a very timely way.”

“I imagine this was not a decision that was made lightly, but it’s not clear what changes in two weeks.”

An obvious worry is whether this is the start of a more permanent closure in the community, she said.

But some public transparency about the short-term game plan and whether the shutdowns will ease up as staff vacations end or new nurses are hired would help allay fears, she added.

“People are being left without health care and being told there is a plan without really knowing what that plan is.”

My husband was the doctor in

My husband was the doctor in a North Island community in the early 70s (no cellphones or other helpful technology and no allied health professionals like lab or Xray technicians) He managed to train a local resident to help with lab work but otherwise had to cover everything himself (including, occasionally acting as vet and dentist!) With a small hospital to run he was on call continuously, day and night, unless he could find another doctor to replace him temporarily. Luckily the wives of some of the mill workers were nurses, but patients could not be evacuated once night fell.
When (exhausted) he left the practice and the replacement he found only stayed a short time my husband and a couple of his doctor friends took turns flying from Vancouver to cover the practice for a couple of years.
Conditions may be easier now but these rural practices must still be challenging.
City practices obviously offer more support and regular time off but as everyone knows there are still many people living in urban areas who cannot find a family doctor. There is no need for a doctor to choose a rural practice.
I don't know what the solution might be but hope those involved in finding one will consider the financial burden of the training that prospective doctors must consider.
I personally know a young man who would really like to go to medical school but is busy working in construction to pay off his debt from his first degree. Once he clears this obstacle he faces a major debt from medical training. Apart from the cost of training, the family doctor finds him or herself paying significant overhead costs for their office and staff.
This is not to offer a solution; just to point out the issues involved.