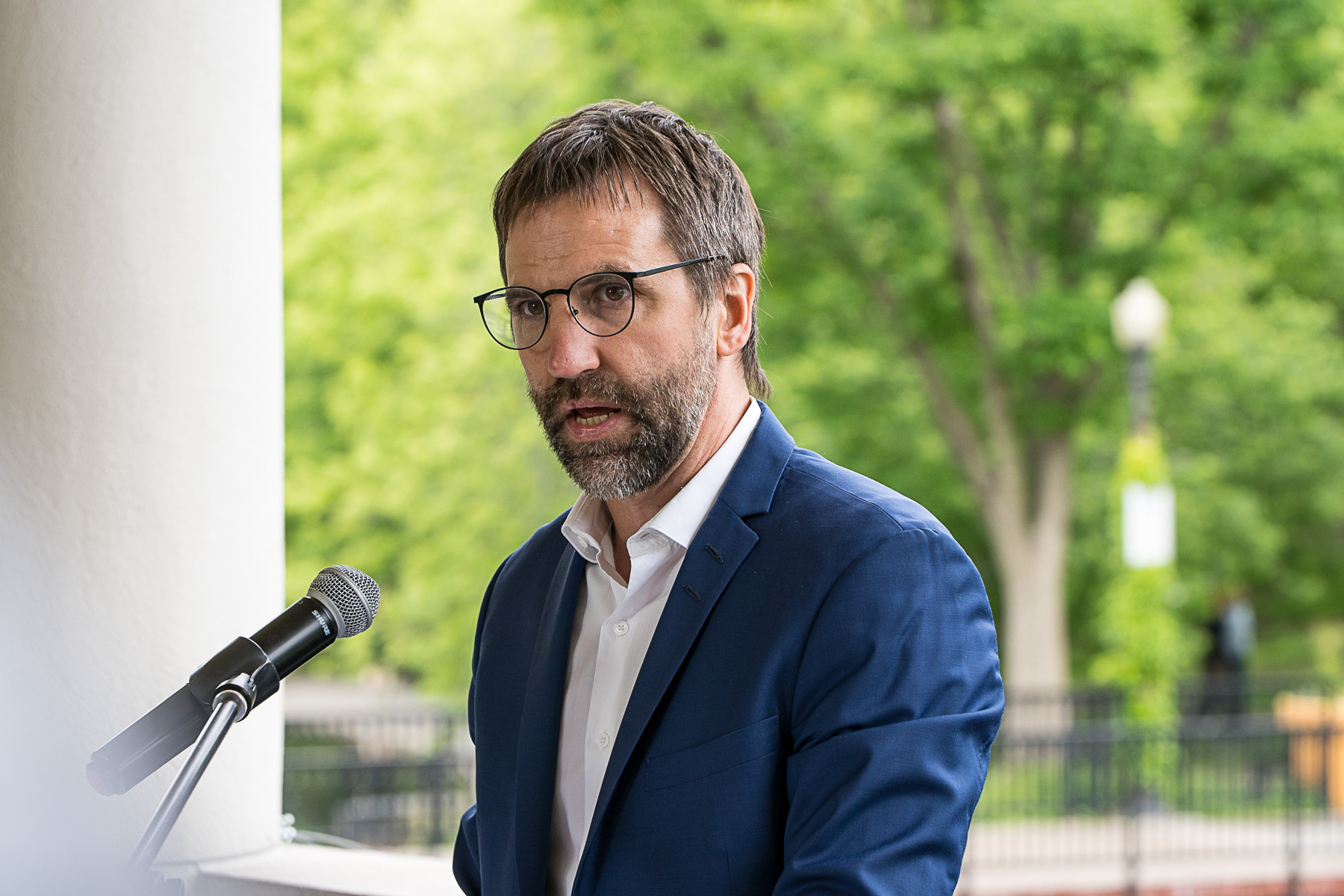 Environmental groups across Canada are calling attention to a planned facility for liquified natural gas (LNG) in Nova Scotia, arguing the federal government needs to assess the project for environmental risks.

The Goldboro LNG project is set to liquify natural gas piped in from Alberta before it’s shipped off to Europe. Last summer, Pieridae Energy, the Alberta-based company behind the project, announced its original proposal wouldn’t move forward due to financial concerns. The plan had a price tag of $13 billion and included a 5,000-person work camp to build the facility.

In March, the company announced it was considering a floating LNG barge instead, but there have since been reports the original land-based option is back on the table. Pieridae has not confirmed those reports to Canada’s National Observer.

“At the moment, the company remains focused on the upstream side of the business. We have ongoing conversations with stakeholders regarding Pieridae’s proposed net-zero LNG export project. There are no further updates at this time,” the company said in July.

Regardless of what the project’s plan is, Mike Sawyer, executive director of the Citizens’ Oil & Gas Council, said it needs a federal assessment. The council, along with eight other environmental organizations, including Ecojustice, sent a letter Thursday to federal Minister of Environment and Climate Change Steven Guilbeault outlining “legal and environmental concerns with the government’s ongoing failure to assess the Goldboro LNG project.”

The letter notes German Chancellor Olaf Scholz’s visit this month, where he will discuss LNG plans. Although we don’t know for sure what his time in Canada will entail, Germany has pledged a US$4.5-billion loan guarantee in principle for the Goldboro project, and a German utility is set to receive half of the LNG exports from the operation.

“The proposed Pieridae LNG export scheme is part of the Big Lie that natural gas, and therefore LNG, is environmentally friendly and will help combat climate change…” said Sawyer.

“We need a proper environmental assessment so the true cost of the proposed LNG project is known and considered in determining whether the project is in the public interest.”

Goldboro underwent an environmental assessment from the Nova Scotia government and got approval to proceed back in 2014. The Canadian Environmental Assessment Agency, now replaced by the Impact Assessment Agency, decided a federal review wasn’t necessary because another project at the same site had already been assessed in 2007. However, it was a different company that received the approval for a different project — Keltic Petrochemicals Inc. was planning a facility to manufacture plastic pellets and import LNG.

Numerous Mi'kmaw opponents and environmentalists have pushed back against Pieridae’s land-based proposal, expressing worry about environmental impacts and the effect a labour camp could have on surrounding communities. The impacts of labour camps, which include violence against Indigenous women, were outlined in the 2019 National Inquiry into Missing and Murdered Indigenous Women and Girls (MMIWG).

The Goldboro LNG project is set to liquify natural gas piped in from Alberta before it’s shipped off to Europe. Opponents argue the proposition needs more environmental scrutiny.

Also of concern to the signatories and others against the project are Pieridae’s “net-zero” claims. Even if companies could make their products without creating any planet-warming greenhouse gas emissions, which so far none have, all oil and gas produce emissions when they are burned.

“On July 2, 2021, the proponent announced that the project would not be moving forward as proposed and that it is now evaluating alternatives to the project design,” the agency said in an emailed statement.

“The agency is awaiting further information from the proponent on the project and any proposed design changes in order to determine whether the project would be subject to an impact assessment under the Impact Assessment Act.”