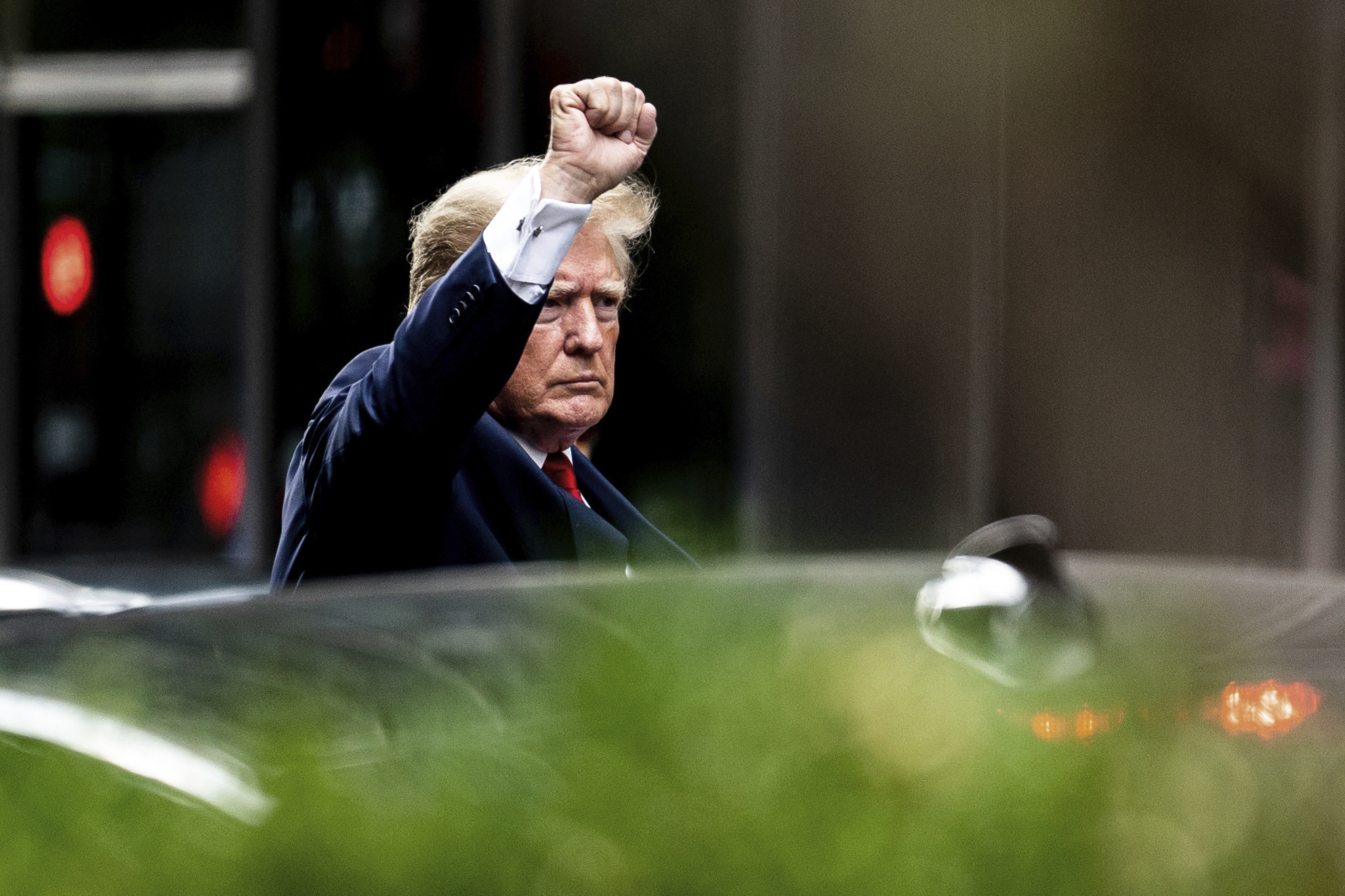 Ever since Donald Trump became president, the Canadian commentariat has often blamed unpalatable aspects of our own political discourse on Trumpism. Kellie Leitch proposing a Canadian values test? Trumpism! Quebec passing laws to ban religious garb? Trumpism! Doug Ford becoming premier of Ontario in 2018? Trumpism! And, well, you get the point.

Those takes are lazy and prevent us from looking inward and examining how our own politicians and media ecosystem have contributed to the decline in our political discourse. Additionally, it often leads us to downplay our own domestic issues of extremism, like the problem of white supremacists in the Canadian Armed Forces, or how we tend to punch above our weight when it comes to producing disinformation influencers.

While we shouldn’t blame Americans for all our problems, it’s naive to think that what happens in America ends up staying in America, without impacting Canadians. If Trumpism becomes reinvigorated in the U.S. in the lead-up to 2024, Canada will feel it.

For starters, it’s important to note Canada has its own contingent of Trump fans. It’s not exactly surprising that right-leaning Canadians would be generally more supportive of right-leaning politicians in the U.S., as there is bound to be some overlap there. However, it should start to concern us when significant factions of Conservative Party of Canada voters start to believe blatant disinformation being peddled by Trump and other Republican politicians, such as the oft-repeated — and objectively false — claim that the 2020 American presidential election was stolen from Trump.

According to polling done by Angus Reid back in late 2020, 41 per cent of Conservative voters believed the American election was unfair and the results should be contested. That’s a sharp contrast to the 95 per cent of Liberal voters and 92 per cent of NDP voters who said the election was fair.

And while it is jarring to think many Conservative voters buy into disinformation used to justify an armed insurrection, it shouldn’t be particularly surprising once one factors in where conservatives on both sides of the border get their information.

If the disinformation disseminator-in-chief starts to ratchet things up over the next few years, it won’t just be Americans who will be worse off for it, writes columnist @supriyadwivedi. #cdnpoli

Of course, it’s hard to have an honest and substantive discussion on how information streams contribute to the demise of our political sphere when much of our legacy political media actively ignores what is being discussed in Canadian conservative media circles, whether it’s AM talk radio or online outlets like Rebel and The Post Millennial.

A key finding from the Media Ecosystem Observatory report on the Canadian Election Misinformation Project was that one of the predominant areas of misinformation during the 2021 election was claims of widespread voter fraud: “Many of the claims being made were similar to narratives that emerged during and after the 2020 U.S. presidential election.”

I suppose it’s a lot more palatable for our national psyche to pretend the modern-day Canadian conservative movement exclusively consists of Munk debates and Andrew Coyne columns instead of feeding into conspiracy theories and Trudeau-for-treason hashtags.

The report highlights that irrespective of the “widespread misinformation” during the 2021 election, the results were not impacted in any significant way. It also notes that Canada has shown resilience in the face of both mis- and disinformation. That’s good. But it’s not clear how much longer we’ll be able to pull this off.

Canada has had a few guardrails in place that have generally helped stave off some of the more troubling aspects of what is happening in America.

Firstly, unlike American conservatives, Canada’s Conservatives have, until recently, largely avoided actively playing to the anti-vaxx crowd. Once the federal election happened, though, the Conservative brain trust seemingly decided it could no longer politically afford to be unabashedly against disease and death and ceased being ready and willing to give vaccines a full-throated endorsement. A year later, and the front-runner for the party is happily shilling to end vaccine mandates, and the go-to talking point is to end “all mandates,” throwing masks into the mix because, why not, I guess.

Canadians also benefit from higher trust in our public institutions, as well as in mainstream media, but the pandemic years have eroded a lot of that.

Meanwhile, polarization in Canada is increasing, as are the predictable outcomes that come with it, like hate crimes and threats to politicians and journalists. Additionally, as the report notes, Canadians are “increasingly obtaining their political information from a range of untrustworthy sources,” and given our “high levels of exposure to U.S.-based information, Canada is vulnerable to the polarization and misinformation circulating in the United States.”

None of these factors bode well for Canada going forward. Past Canadian resilience in the face of American polarization and disinformation shouldn’t make us complacent about our future. If the disinformation disseminator-in-chief, Donald Trump, starts to ratchet things up over the next few years, it won’t just be Americans who will be worse off for it, Canadians will be too.

Alberta's UCP may be about to

Alberta's UCP may be about to choose a female version of Trump as the province's next premier.
Serial disinformer Danielle Smith, who is seriously wrong about everything.

I wonder where the claims of

I wonder where the claims of election fraud were. I read a wide variety of sources, and have come across some pretty wild claims, but never have I ever seen a Canadian really angry that Trump's name wasn't even on the ballot.
I also wonder how they could ever come to the conclusion that election outcomes weren't altered by the CPC toxic baloney machine. If there's a technique for such retrospective fortune-telling, I'd love to learn it.
It's also doing truth no favors to use "anti-vaxxer" as a synonym for alt-right-ism. It's not accurate, obscures the nature of the beast, and breeds complacence about the rest of the lot.

While disinformation and alternative facts on social media are a worrying political problem, a more worrisome fact is that some Canadian politicians have embraced the tactics of the US right wing media (Fox News, Alex Jones, et al), in their determination to be elected at any cost, the truth being the least victim. I for one, am in no hurry to be governed by persons who's primary drive is to be in charge, no matter what the means used to get there and stay in power. That way lies Fascism.

This is not just a political

This is not just a political issue. There's a psychological aspect to this that we never talk about. Conservative-minded people see the world through a different lens than liberal-minded people and, as a result, are not nearly as open to changing their beliefs. About 1/3 of people like a strong leader and like to follow that leader without question. Democracy demands that we question our leaders so democracy itself is a problem for these people. And psychologist tell us that they are more gullible than liberal-minded people. We ignore this at our own peril. For proof just look South.

I've posted it before but it

I've posted it before but it's worth repeating: read The Authoritarians by Bob Altemeyer (free PDF available online).