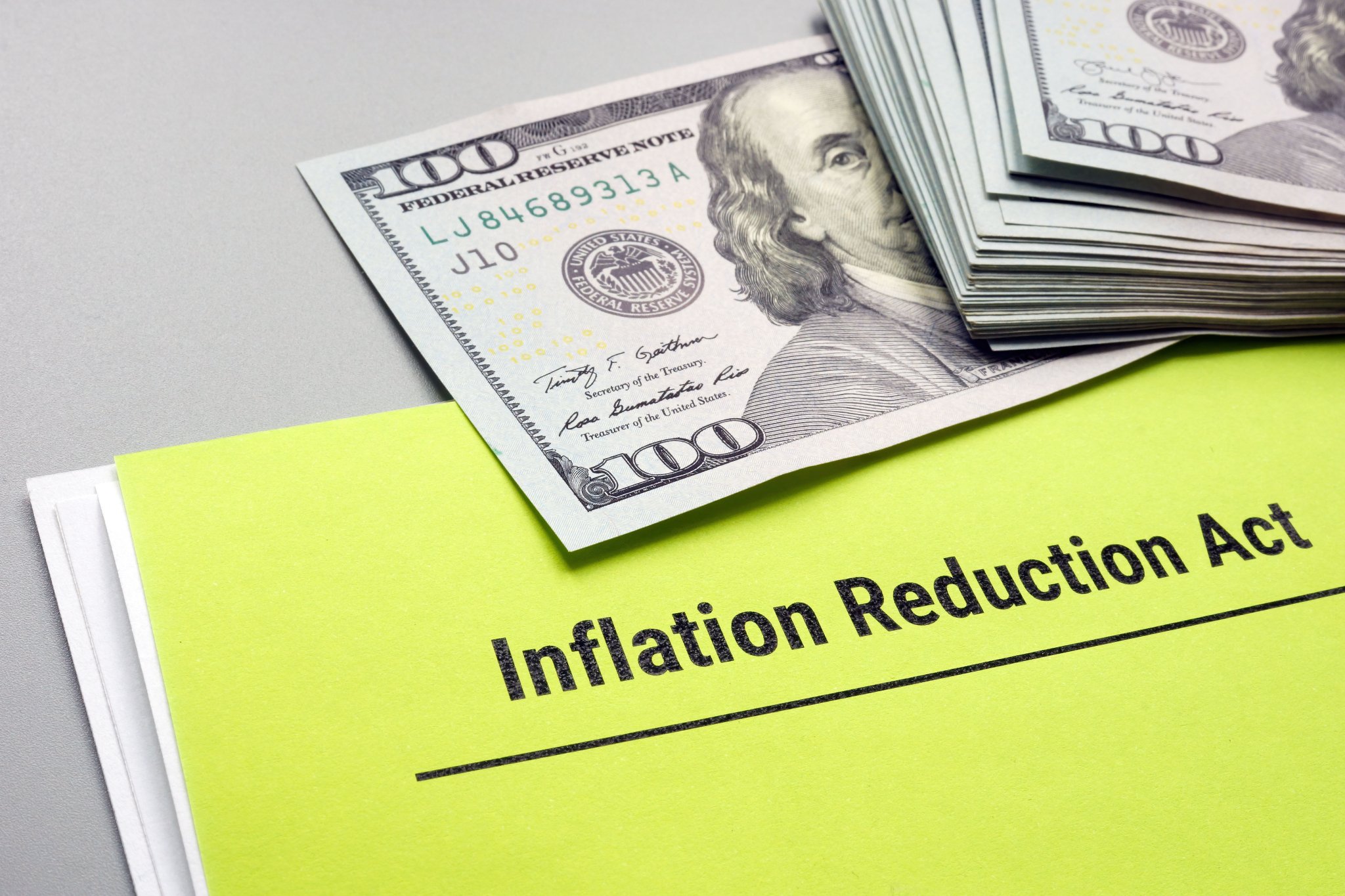 While the new U.S. Inflation Reduction Act has the potential to impact Canada’s economy in many ways, three key opportunities stand out: automobiles, batteries and construction materials. Photo by shutterstock
Previous story

The Senate Democrats’ heroic rescue and rebranding of President Joe Biden’s proposed Build Back Better Act is ripped from the pages of a political thriller. Villainous-turned-virtuous coal barons, deft political misdirection, malicious foreign governments, and a guest appearance from the eponymous Larry Summers are featured in the resurrection of a bill thought long dead.

The Inflation Reduction Act (IRA) will single-handedly move the U.S. out of the climate-laggard column as the country parts company with former stablemates Russia, China and Iran. Importantly, the IRA also clearly names fossil fuels as largely responsible for recent inflation-related affordability concerns for many Americans.

While the IRA’s US$374 billion over 10 years is less than the US$550 billion contemplated in the Build Back Better bill, the IRA’s climate and energy measures should be sufficient to put America on a path to cut greenhouse gas emissions 40 per cent by 2030. The bill includes support for the domestic manufacturing of key aspects of the clean energy transition, including solar panels, batteries and heat pumps. It also supports clean energy projects and provides consumers with tax credits to support the adoption of low-carbon technology, including electric vehicles (EVs) and household appliances. And finally, it supports adaptation projects in communities worst hit by climate change.

The IRA is a Democratic Frankenstein: part industrial strategy, part climate plan and part social justice — all with a protectionist bent. Nevertheless, it is a monster that will fundamentally and permanently change the U.S. manufacturing landscape. Future administrations will be hard-pressed to undo the IRA as EVs, clean steel and heat pumps are produced in red states, and requirements to use domestically sourced materials and onshore manufacturing appeal to the GOP base.

While the IRA has the potential to impact Canada’s economy in many ways, three key opportunities stand out: automobiles, batteries and construction materials.

The IRA extends the US$7,500 tax credit for new EVs and introduces a US$4,000 credit for used EVs. These tax credits provide a massive opportunity for Canada to supply electric cars and their parts to the U.S. market. Prior to the bill, tax credits expired once an automaker reached EV sales of 200,000 vehicles, meaning companies like GM and Tesla haven’t been able to benefit from them for years. The new uncapped tax credit will drive EV sales and leverage Canada’s recent efforts to land agreements with Ford, GM and Stellantis and their unions to assemble EVs in Canada.

Even more important to Canada are the new rules on batteries. Starting in 2024, to access the EV tax credit, the vehicle must not only be built in North America, but its battery must contain at least 50 per cent mineral content sourced in North America or by a U.S. trading partner (i.e., not China), and 60 per cent of the battery components (by value) must be made or assembled in North America. These percentages rise by 10 per cent annually until they reach 80 per cent in 2027 and 100 per cent in 2029, respectively.

Being one of the few nations with all the critical metals and minerals required for battery production — along with the ability to produce refined battery materials with a low-carbon footprint due to Canada’s clean electricity grid — Canada stands to benefit from the IRA’s battery content requirements and eat into China’s 79 per cent market share of the global lithium-ion battery market. Canada’s battery mineral production just needs to pick up the pace.

And finally, in February, Biden announced a Buy Clean Task Force to use the federal government’s purchasing power — the world’s largest — to create demand for low-carbon materials while restricting access to high-carbon imported steel and aluminum. The IRA provides the funding needed to implement this executive order, including more than US$5 billion to purchase low-carbon construction materials for federal buildings, highways, bridges and homes, alongside another US$5.8 billion to install “advanced industrial technology” in steel, cement and other industrial facilities.

In the short term, this could create opportunities for Canadian industrial exporters, which are among the cleanest in the world. Between 92 per cent and 99 per cent of Canada’s steel, aluminum and cement exports went to the U.S. in 2021, representing a $24-billion market. Considering that Canadian producers are on average 15 per cent to 74 per cent less CO2-intensive than their U.S. counterparts, the IRA’s Buy Clean provisions should boost these industries in Canada.

While the #US Inflation Reduction Act has the potential to impact Canada’s economy in many ways, three key opportunities stand out: automobiles, batteries and construction materials, write @MarkZacharias7 & @RachelSDoran. #NetZero #LowCarbon

Over time, the IRA’s investments will push American manufacturers to decarbonize and improve transparency. This will put pressure on Canadian firms to do the same in order to stay competitive. Fortunately, Canada is developing its own Buy Clean strategy, which should use federal infrastructure investments to incentivize cleaner industrial production at home. Given our two countries’ highly integrated markets, it makes sense for Canada to align our respective standards and data, ensuring Canada’s low-carbon building materials have preferential access to U.S. procurement processes.

The IRA reinforces that Canada's climate ambition is the best path forward for sustained job growth. Opportunities in the emerging clean economy will be seized by countries and industries that lead. Climate change costs us all, but Canadian workers will pay an additional price if future Canadian governments backtrack on Canada’s climate progress.

Mark Zacharias is Clean Energy Canada’s executive director, working on the nexus between the economy and the environment. Before joining Clean Energy Canada, Mark spent 25 years with the British Columbia public service, where he most recently served as deputy minister of environment and climate change strategy. He is also a visiting professor at Simon Fraser University’s School of Public Policy with a specialization in climate and marine policy. Mark has a PhD in zoology from the University of Guelph. He holds adjunct faculty appointments at the University of British Columbia’s Institute for Oceans and Fisheries, and the University of Victoria’s department of geography.

Rachel Doran is the director of policy and strategy at Clean Energy Canada, where she brings nearly 20 years of experience in policy, politics and law to advance clean energy solutions. Before joining Clean Energy Canada, Rachel served as senior special adviser to the minister of environment and climate change, adviser to the prime minister, and chief of staff to ministers of justice and Indigenous services. She was also legal counsel for both the Ontario and federal governments, working in litigation, resource management and Indigenous rights. Additionally, Rachel has a background in the management of non-profit organizations and has worked extensively in Canada and Morocco on access to justice and gender equality. She holds a law degree in civil and common law and a bachelor’s degree from McGill University.

It is good to see media

It is good to see media reporting on something positive the government of the day (in this case the US government) is doing. The last sentence is the one that scares me. We have a minority government that can be overthrown at any moment. And we have well financed mainstream publications that will do whatever it takes to install a regressive government when that happens. Forget about clean energy and electric vehicles if that happens. This US-based progress is also in danger if the mid-term elections swing Congress the other way. The Republicans are backed by deep-pocketed oil and gas interests that would love to roll this back.