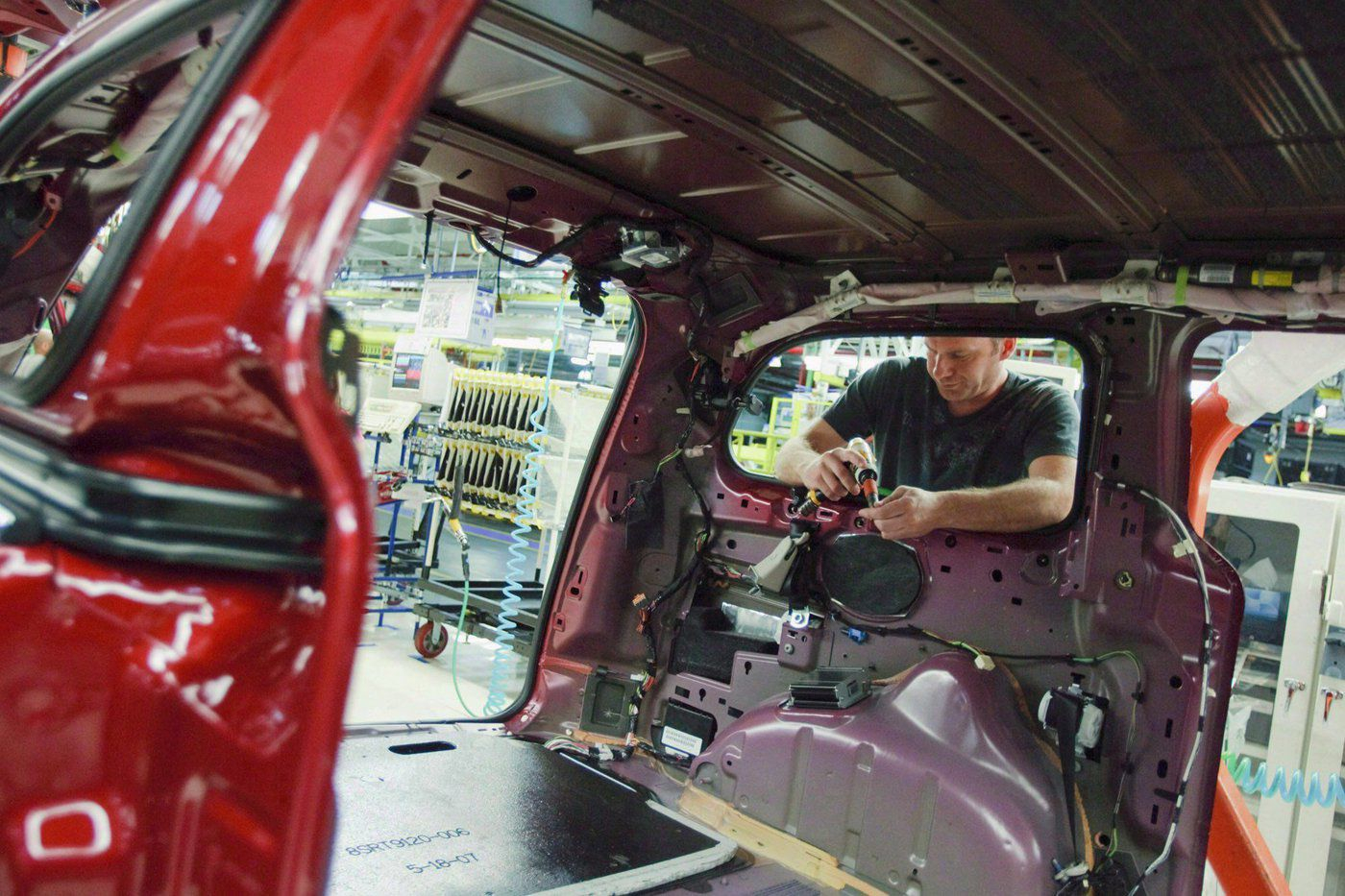 A worker installs parts on the production line at Chrysler's plant, in Windsor, Ont., on January 18, 2011. File photo by The Canadian Press/Geoff Robins
Previous story

Temporary changes to the employment insurance program made during the pandemic are set to expire soon, jeopardizing access to jobless benefits for automotive workers in Windsor, Ont., who expect to be out of work in the fall, says a Unifor leader.

Rob Kennedy, a worker at Syncreon Automotive and a vice-president of Unifor Local 195, says the Windsor plant will close Oct. 30 after auto manufacturer Stellantis ended its contract with Syncreon.

Since the onset of the pandemic, Kennedy said, he and others at the plant have relied on EI extensively because of repeated closures due to a chip shortage and supply chain problems.

Now, as nearly 300 workers await a permanent layoff, Kennedy says many might be ineligible for EI due to expiration of measures that eased access to benefits. "Because our hours are shrinking, and we're not working as much, when the plant closes, there is a lot of us that will not have enough hours to keep us going."

However, on Sept. 25 the program will revert to its original framework.

Brendon Bernard, a senior economist with hiring website Indeed, says the number of EI recipients is likely to drop following the change.

“The tightening of those requirements is likely to cut some people's access off from the EI, especially people who might not have worked a full year, and especially if they were working part-time,” Bernard said.

Kennedy said the change is also concerning for workers at Syncreon because they'll "have to exhaust all their severance pay. To me that's wrong.”

The expiration of these measures comes as the federal government works on drafting changes to EI as part of its pledge to modernize the program. Experts and interested parties have raised a range of concerns about the program, including that too few people can access jobless benefits.

Temporary changes to #EI made during #pandemic are set to expire late next month. #CDNPoli #EmploymentInsurance #Covid19

Tara Beauport, press secretary to Employment Minister Carla Qualtrough, confirmed in an email the temporary measures will not be extended.

“However, our government recognizes that the current EI system needs to be more flexible, fairer and responsive to the needs of workers today. That’s exactly why we’ve undertaken the monumental task — for the first time in a generation — of modernizing it, and that work is well underway,” Beauport said.

Employment and Social Development Canada conducted a survey last year as part of its efforts to engage the public on EI reform. According to results published on the department's website, 62 per cent of respondents agreed that eligibility requirements should be the same across the country. In addition, 60 per cent agreed that the temporary changes related to severance pay should be made permanent.

Findings from the consultations with experts and stakeholders indicate labour groups favour instituting a lower eligibility threshold, with many suggesting 360 or 420 hours. Employers, on the other hand, want to see a higher threshold, raising concerns about the effect of the threshold on premiums and the labour supply.

In Windsor, Kennedy says the end of the temporary measures will have a “devastating” effect on workers.

"If the Liberal government truly, truly believes they can help and modernize EI, then please, they got to listen, they got to stop right now and not let the temporary measures expire."