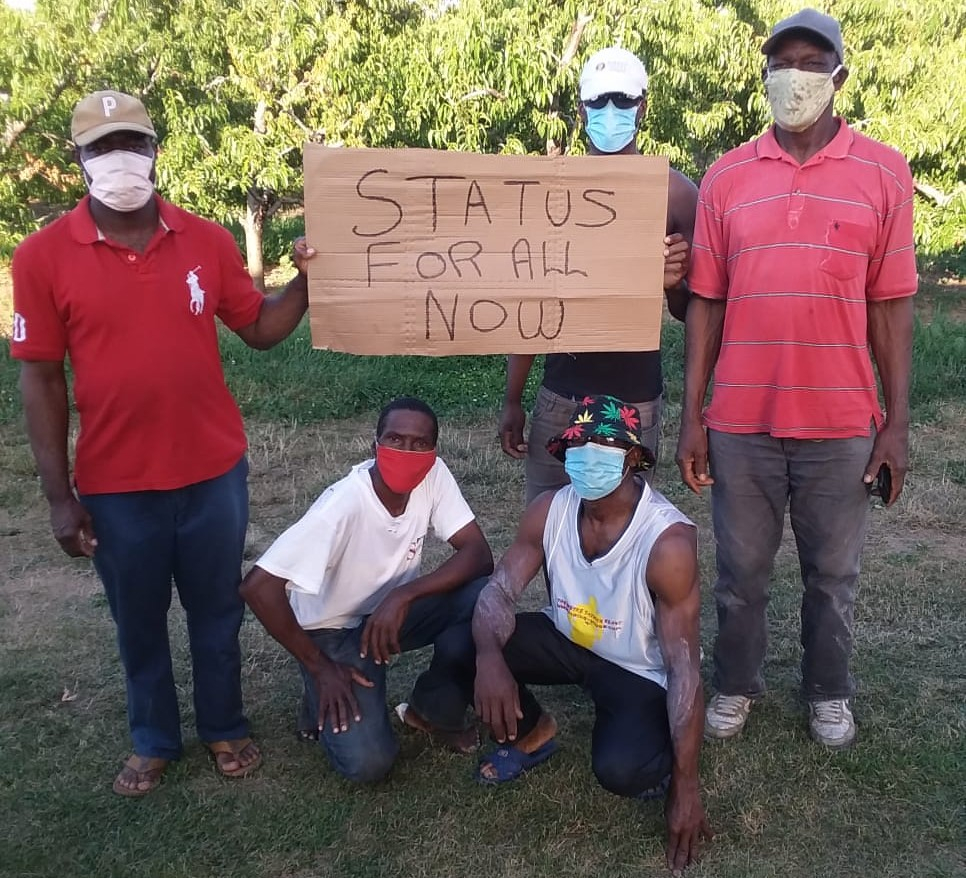 A group of migrant farm workers sent a letter home to their government in Jamaica this month detailing what they describe as abysmal living and working conditions in Canada.

They describe rats eating their food, physical intimidation, bosses who threaten to fire them, punishments for “not working fast enough,” exposure to dangerous pesticides and overcrowded and camera-filled houses that feel like prisons.

It was sent Aug. 11, several days prior to Samuda’s visit to two farms in Ontario employing Jamaican seasonal workers.

“We wish we could say these words to you directly, but we are afraid that if we do, we will be kicked out of the program and will not be able to come back and earn the money we need to care for our families,” the letter reads.

The letter closely preceded the death of Garvin Yapp, a 57-year-old Jamaican worker who died Aug. 14 at a farm in Norfolk County, Ont., both Jamaica’s and the province's Ministry of Labour have confirmed. This, and three recent unconfirmed worker deaths at Ontario farms reported by Migrants Workers Alliance for Change (MWAC), has drawn focus to the plight of seasonal workers.

“The mistreatment or abuse of temporary foreign workers is unacceptable,” Minister of Employment and Social Development (ESDC) Carla Qualtrough’s office told Canada’s National Observer in an emailed statement. “The experiences detailed in this letter are disturbing, inhumane, and in violation of the regulations of this program. ESDC officials are in communication with the provincial government, who oversees investigations into workplace complaints, on this matter.”

In the last year, the federal government “strengthened the workplace inspection process, expanded the [Temporary Foreign Worker] tip line to provide services in multiple languages” and “are increasing support for migrant worker organizations.”

The statement acknowledges there is more work to do and pledged to keep investing in supports, hold non-compliant employers accountable and improve regulations underpinning the program.

A group of migrant farm workers sent a letter home to their government in Jamaica this month detailing what they describe as abysmal living and working conditions in Canada.

“I think it's actually shameful for the Canadian government to see such a letter be issued by the workers to the Jamaican government pleading for help,” Jenny Kwan, NDP critic for immigration, refugees and citizenship, told Canada’s National Observer. “Our immigration policy for migrant workers subjects them to exploitation and abuses. And this has gone on for a very long time now.”

At the very minimum, the labour code must be enforced, said Kwan. However, this letter indicates that's not happening — little has changed since migrant workers were dying from COVID-19 in overcrowded living quarters and facing barriers to health care, Kwan said.

Migrant workers are legally tied to their employer. They can be fired and deported at a moment's notice and could face reprisals if they speak up, Syed Hussan, executive director of MWAC told Canada’s National Observer. Lack of permanent resident status means they also face barriers to essential life-saving services like health care, he added.

“People should know that if they ate today, a migrant farm worker helped grow their food, probably washed it, probably packed it, probably drove it to the supermarket … it is migrants who are keeping us alive,” said Hussan.

In 2021, Canada was the fifth-largest producer of agri-food and seafood in the world. The success of the industry is predicated on the “intense” exploitation of migrants at every step of the food chain, said Hussan.

In the letter, workers asked Jamaica’s labour minister to lobby the Canadian government to grant permanent resident status to all migrants on arrival, implement and enforce national housing standards, create an anonymous system to report abuse, among other measures to address the issues.

The Seasonal Agricultural Workers Program was started in 1966 between Canada and Jamaica but later expanded to include 11 other countries, including Mexico.

Ontario’s Ministry of Labour, Immigration, Training and Skills Development “conducts regular inspections at farms across the province” and over 3,000 field visits and more than 2,000 orders have been issued from March 11, 2020 to present, ministry spokesperson Anu Dhar told Canada’s National Observer in a written statement. Dhar also pointed to the hiring of 100 new inspectors. Hired in March 2021, these new inspectors were to ensure businesses were complying with COVID-19 safety requirements as restrictions were being lifted, CBC reported.

“The exploitation described by workers in the Seasonal Agricultural Workers Program is appalling. There are clear and alarming differences in the rights and living conditions of these workers from Jamaica, Mexico, and the Caribbean — along with newcomers fighting for permanent residency and Indigenous Peoples living on reserve — compared to what we rightfully expect for any person in Canada,” he said in an emailed statement to Canada’s National Observer.

“We owe it to these brave Jamaican migrant farm workers — who are risking so much by sharing their story — to respond by addressing the injustices they have described."

To ensure that every person in the country has the same rights, the path forward is clear, said Hussan. In the leadup to the House of Common’s new session on Sept. 19, MWAC will keep applying pressure to the federal government through demonstrations and a petition, he said.

Both the NDP and Green Party advocate for permanent resident status upon arrival in Canada.

Conservative shadow minister for immigration, refugees and citizenship Jasraj Singh Hallan did not respond to requests for comment.

If something is worth doing,

If something is worth doing, it's worth paying a living wage with decent conditions for doing it.