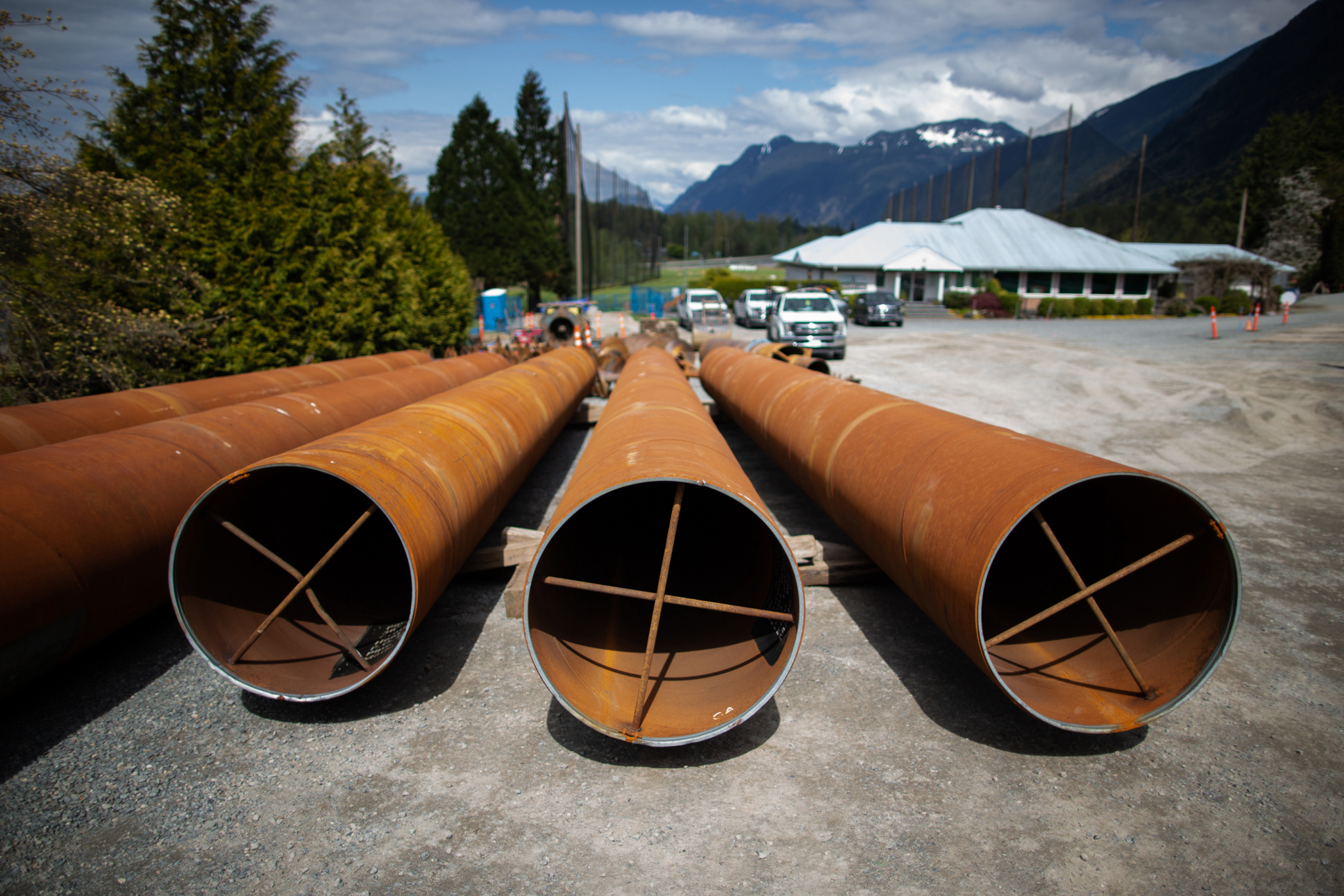 Trans Mountain will not have to come up with an additional $1.1 billion to cover the cleanup cost of possible oil spills from TMX, the Canada Energy Regulator has decided. Photo by Jesse Winter / Canada's National Observer
Previous story

Trans Mountain will not have to come up with an additional $1.1 billion to cover the cleanup cost of possible oil spills from its expansion project, the Canada Energy Regulator has decided.

The regulator told Canada’s National Observer that the Crown corporation has to maintain “total coverage of $1.1 billion” to protect the public and the environment from a possible oil spill from both the current pipeline and its expansion. But others say this is not what was agreed upon in 2019 and that a total of $2.1 billion is needed to cover oil spill risks on both pipelines.

The existing Trans Mountain pipeline carries 300,000 barrels of oil per day from Edmonton to Burnaby, B.C., and has $1 billion in financial assurances — such as cash, third-party liability insurance and lines of credit — to deal with the cost of a potential oil spill. The expansion project will twin the existing pipeline and raise its capacity to 890,000 barrels per day.

The regulator’s recent decision lets Trans Mountain off the hook and doesn’t reflect the higher oil spill risk of the pipeline expansion, environmentalists and some MPs say.

“I think to most people, and to most Canadians, it makes sense that if you're tripling the capacity of a pipeline, there is an increased risk,” NDP environment critic Laurel Collins told Canada’s National Observer. “When you see decisions like this, it undermines the trust that Canadians have in their institutions.”

Independent economist and Trans Mountain intervenor Robyn Allan says the decision runs contrary to a 2019 energy regulator report that said the company will need an extra $1.1 billion in financial assurances set aside to cover the risk of the expansion project.

In April, Trans Mountain told the regulator "a slight increase" to its existing $1-billion liabilities plan for the current pipeline is sufficient to cover the risk of a spill on either the current line or its new counterpart. Under the Canada Energy Regulator Act, $1 billion is the minimum amount of financial assurances allowed for pipelines transporting at least 250,000 barrels per day. The CER has the power to require more than that.

“Instead, [CER] decided to leave it at the $1.1 billion, which to me is not aligned with the increase in risk,” Eugene Kung, staff lawyer at West Coast Environmental Law, told Canada’s National Observer.

This 10 per cent increase to the liabilities plan is disproportionate when you consider the nearly three-fold increase in capacity and seven-fold increase in oil tanker traffic from the Westridge export terminal at TMX’s endpoint in Burnaby, B.C., said Kung.

Green Party MP Elizabeth May pointed to other oil spills to highlight the potential cost. The disastrous Exxon Valdez spill in Alaska’s Prince William Sound resulted in $2.5 billion US in cleanup costs for the affected region alone, she noted. The 2010 Kalamazoo River oil spill in Michigan cost Enbridge north of $1.21 billion to clean up. For the latter, the U.S. Environmental Protection Agency estimated more than 26,000 barrels of oil were spilled into the watershed — relatively small compared to what we could see from a spill on the Trans Mountain pipeline, May told Canada’s National Observer.

“When you see decisions like this, it undermines the trust that Canadians have in their institutions," said @Laurel_BC following the @CER_REC's decision that Trans Mountain will not have to come up with an extra $1.1 billion in oil spill coverage.

“I'm flabbergasted that [the CER has] just once again cut corners to make it easier for this completely outrageous project,” she said.

By not requiring another $1.1 billion in financial assurances, the CER has put taxpayers at risk, said Allan, who was once the president and CEO of the Insurance Corporation of British Columbia. The decision also lowers operating costs for whoever ends up purchasing the pipeline and expansion project from the federal government. This could make it more enticing to prospective buyers, but the risk and the potential cost of an oil spill don’t disappear, she said.

“That liability is going to be on the backs of taxpayers when those spills happen.”

It is not new for the regulator to side with Trans Mountain, said Allan. Trans Mountain recently got CER permission to apply to open segments of the new pipeline before having proper financial assurances plan in place. In April 2021, CER granted the Crown corporation’s request to keep the names of its insurers secret.

“You have all these conditions that are strong and set up to protect us and then you've got numerous examples of Trans Mountain coming and asking for relief from the conditions and getting that granted,” said Allan. “By the time you're finished, it's so watered down and our protections are gone.”

In an emailed statement, federal Natural Resource Minister Jonathan Wilkinson’s press secretary, Keean Nembhard, said: “The CER is an independent regulatory body and we respect the authority within their mandate.”

The tail is still wagging the

The tail is still wagging the dog....and when you consider the toxic ponds leaking into our Athabaska River...where the bitumen is mined, it should make all of us wary of this government sponsored pipeline. Tax dollars make the expansion possible, and when conditions are right, a tax dollar built pipeline will be sold to the private sector for pennies on the dollar. The low ball fund required for possible clean up of spills is just an added perk for the foreign billionaires who will eventually own it.

All the tax payers get is the liabilities...capitalist appropriation at its finest.