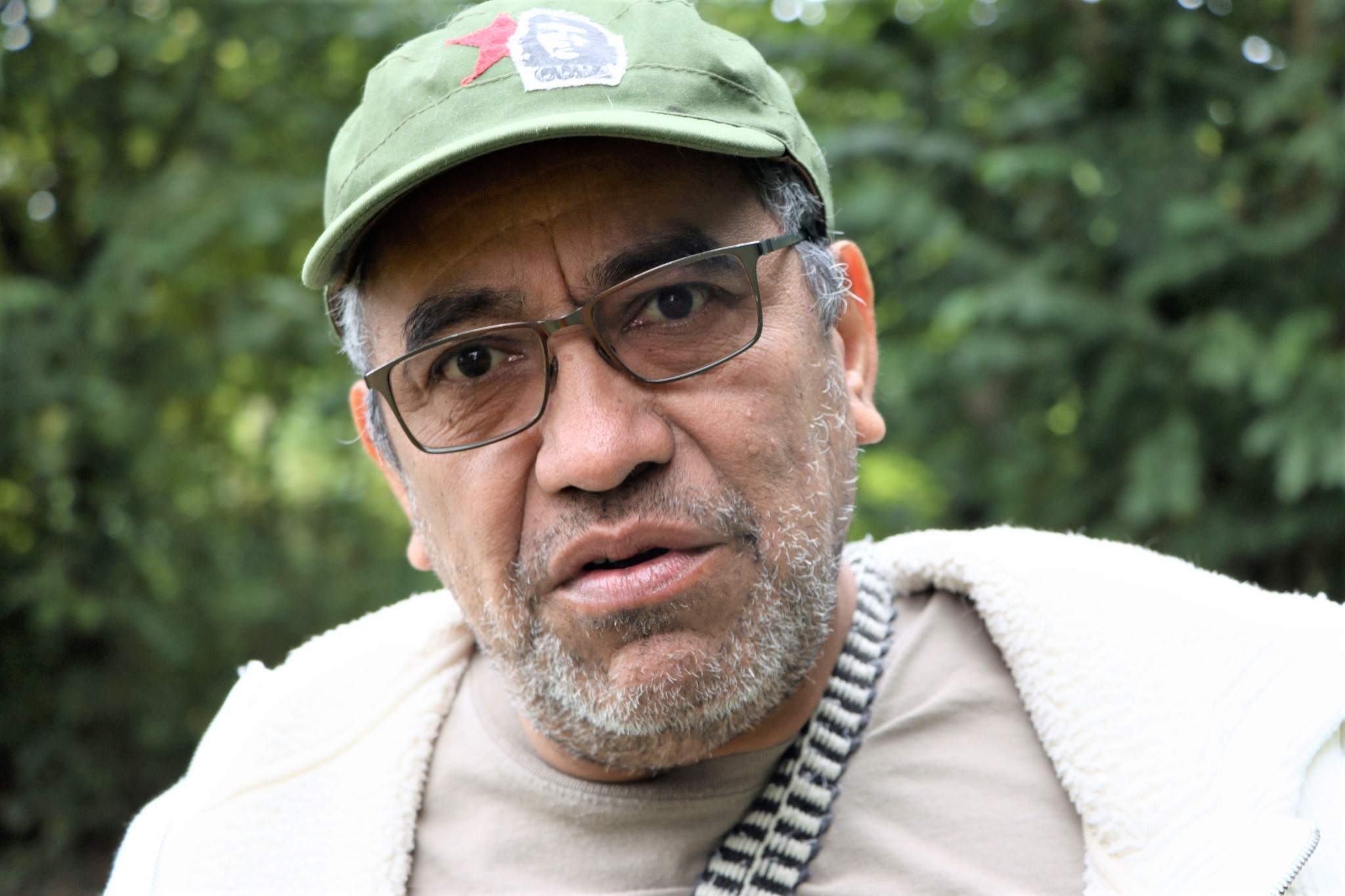 For the past several months, migrant rights advocate Byron Cruz has been delivering food hampers to migrant workers on farms in B.C. Photo by Marc Fawcett-Atkinson/National Observer
Previous story
Next story

Under cover of darkness, Bryon Cruz turns off a quiet highway in B.C.'s Fraser Valley into a farmyard. He cuts the engine. People emerge from the shadows, quietly greeting him in Spanish as they unload cardboard boxes full of masa harina, eggs, vegetables, beans and cheese from his vehicle.

Ten minutes later, Cruz is on his way to drop off more food boxes for temporary foreign farm workers at other locations before heading home.

"We are getting more and more requests for food," said the community organizer with Vancouver-based organization Sanctuary Health and advocate for migrant rights. Farm owners are required to provide temporary workers with housing, but farm workers are typically responsible for buying their own groceries.

Food prices in both Canada and abroad have soared in recent months, fuelled by problems like the war in Ukraine, COVID-related supply chain disruptions and extreme weather. Statistics Canada reported in June that high prices are impacting the ability of nearly three-quarters of Canadians to meet daily costs for food and other necessities.

The higher food prices have also pushed some of the more than 60,000 temporary farm workers who come to Canada each year to skimp on their own meals so they can make sure their relatives at home are able to afford food. In B.C., a slow spring — and thus fewer hours for workers — has exacerbated the problem, Cruz said.

Similar scenes are playing out in Nova Scotia, said Stacey Gomez, manager of the Migrant Workers Program with No One is Illegal-Halifax/Kjipuktuk. Food insecurity isn't a new problem for farm workers trying to support family members abroad, but the recent price increases have made it "even more difficult" for them to access healthy and culturally relevant foods, she explained.

One Latin American worker she knows said a weekly grocery shop cost around $140 last year; now it's closer to $200. Others echoed those concerns, saying they find their daily groceries "too expensive" and the high prices are "impacting (them) strongly."

Speaking to Canada's National Observer, a Mexican farm worker in N.S. who wished to remain anonymous to protect his job said he and his co-workers have been buying less food than normal because of the high prices. Eating less has been difficult, but is the only way he can afford to send money home to support his parents and three siblings.

"Rates of food insecurity among migrant farm workers across the globe are really quite alarming," said Anelyse Weiler, a sociology professor at the University of Victoria who studies social inequality in farming.

While Canadian data is scarce, American studies have found that up to 76 per cent of migrant farm workers in the U.S. are food insecure. That data includes workers who can't afford to buy healthy foods or familiar foods they know how to cook. Weiler said that based on her research with temporary farm workers in Canada, the problem is similarly common here and began before the recent spikes in food prices.

Higher food prices have pushed some of the more than 60,000 temporary farm workers who come to Canada each year to skimp on their own meals so they can make sure their relatives at home are able to afford food.

Largely hailing from Latin America and the Caribbean, most temporary farm workers in Canada come to work in the country to support family members back home. The workers' Canadian remittances "definitely" help increase their families’ access to food, but come at the cost of workers being unable to afford food for themselves in Canada, Weiler said.

"The wages they are making are very low compared to what most Canadians would be willing to accept, (and) we know that food insecurity is very strongly tied to income," she said. A recent study by PROOF, a research project at the University of Toronto focused on Canadian food insecurity, found that Canadian residents earning less than $39,000 a year are significantly more likely to be severely food insecure.

The problem is exacerbated by the structure of Canada's temporary foreign worker program, which only allows them to work on a specific farm, putting a "strong degree of power in the employer's hands," Weiler explained. That means it's impossible for workers to seek out jobs that pay better or provide easier access to food and cooking facilities, she said.

Employment and Social Development Canada said in a statement that farms that hire temporary foreign workers must provide them with "clean, adequate" housing, including a kitchen, cooking utensils and fuel.

If the workers want, employers can opt to provide catered meals for their workers by deducting part of their pay. In some cases, employers are also required to help their employees get to a grocery store at least once a week and give them a minimum number of hours weekly or a cash advance to help migrant farm workers afford food.

"Across the board, we're seeing a lot of issues with inadequate kitchen facilities. This means inadequate food storage space, overcrowding, a lack of adequate space to prepare food," Weiler explained. "Many workers are forced to rely on non-perishable, low-cost, calorically dense food, which tends to be nutritionally poor and easy to prepare (and) can really undermine their food security."

As for the burden of covering the cost of food when they can't work — in the early season or during a heat wave, for example — federal regulations allow workers to ask for a cash advance for food, but most find this option "really undermines their dignity," Weiler said.

To deal with these problems, Cruz and Gomez started delivering hampers of food to migrant farm workers in recent years as they struggle to afford groceries amid pandemic-related restrictions and high food prices. With many farm workers hesitant to report or go public about food insecurity because of potential repercussions, both advocates have developed techniques to deliver the hampers discreetly.

"People are always surprised because migrant workers are essential workers in our food system, yet there's these chronic issues around food insecurity," Gomez said.

Editor's Note: This story was amended on August 30, 2022 to clarify that Stacey Gomez is the manager of the migrant workers program for No One is Illegal-Halifax/Kjipuktuk.