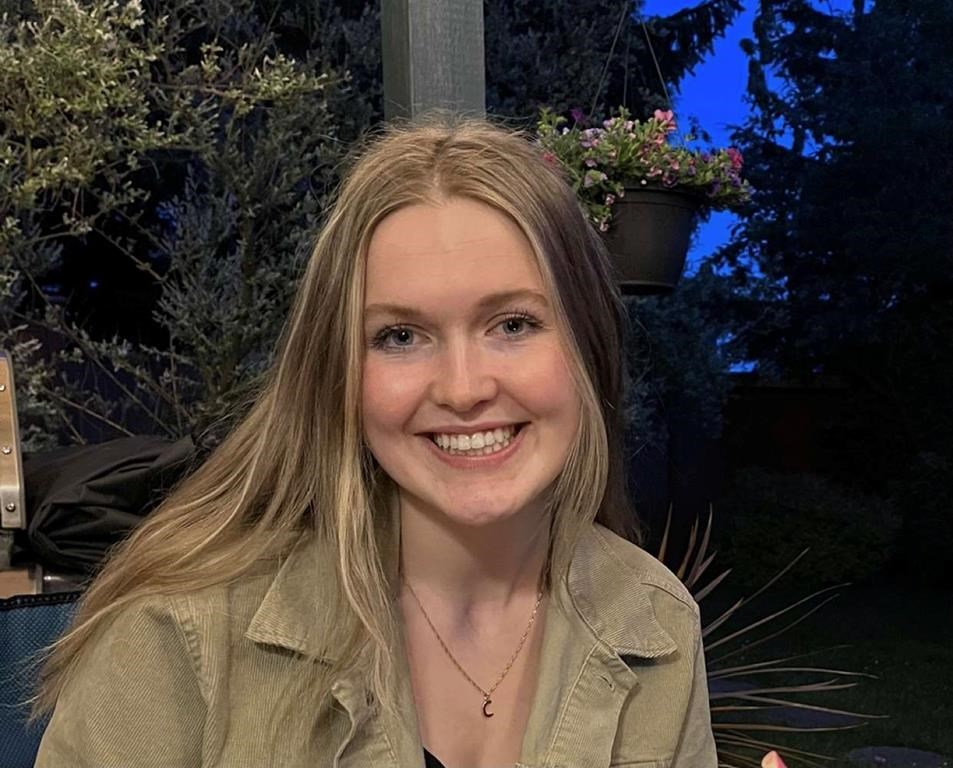 When a teenage girl collapsed on the SkyTrain in Coquitlam, B.C., passengers calling 911 thought she had fainted or was having an epileptic seizure.

It was only when paramedics administered naloxone that some realized she’d overdosed on an opioid, said Chloe Goodison, who was sitting beside her.

"She shot back to life," recalled Goodison, who was jarred by the thought that a girl who seemed about her own age of 16 could have died, with no one around her immediately able to help.

It was a life−changing moment for Goodison, who would be inspired to study health sciences and set up a group called NaloxHome that educates high school students about what an overdose looks like and how to use naloxone.

The Simon Fraser University student is among a number of advocates who deliver overdose education in B.C. schools but want such information made a mandatory part of the curriculum.

They say it is a matter of urgency in a province that has suffered more than 10,000 deaths since it declared the toxic drug supply to be a public health emergency in April 2016.

"In my head, I was thinking, ’There’s no way. She’s someone who’s around 16 and looks like she’s from an average Coquitlam school and household,’" Goodison said of the experience on her way home in August 2017.

Goodison focused on public health at Simon Fraser, from where she won a community project grant for NaloxHome, which is part of a plan approved by the local health authority, Fraser Health.

Since its launch last year, NaloxHome has recruited 30 volunteers and given presentations to about 2,000 students at high schools in Coquitlam, Port Coquitlam and Port Moody through an arrangement with the school district, Goodison said.

She is hoping to expand the presentations to Burnaby this fall but wants students across B.C. to have access to similar information.

"My dream would be for this to one day be taken out of my hands and taken on by the Education Ministry," Goodison said.

Leslie McBain, whose 25−year−old son, Jordan Miller, fatally overdosed in 2014, is co−founder of Moms Stop the Harm, a national group whose members also speak at schools to address issues like overdose prevention and harm reduction.

That includes not using drugs alone and how to administer naloxone, which is available for free at pharmacies and some health−care facilities in B.C.

"I would like the Ministry of Education to mandate secondary schools to have speakers or education on drug use and experimentation. There’s a lot of different reasons for kids to take drugs," said McBain, who has also recently spoken with students at a middle school in her community on the Gulf Islands.

However, she said there are not enough advocates to do presentations at schools so it’s up to the province to make overdose education part of the curriculum.

McBain said she wrote to a former education minister about those concerns years ago but did not get a response and will now be contacting the current minister, Jennifer Whiteside.

The Education Ministry said it’s up to each school district to determine the delivery of any programs, including whether to stock naloxone kits or train teachers how to use them.

"This September, our ministry will share with school districts information that includes a risk assessment tool that supports schools and districts in determining whether to stock naloxone, how to order naloxone kits and where to access training on administering naloxone," it said in a written statement.

However, the ministry did not say whether it would consider including overdose prevention in the school curriculum.

It said some programs related to drugs are already available to teachers, including an optional one online called iMinds.

But Amanda Farrell−Low, a spokeswoman at the University of Victoria’s Canadian Institute for Substance Use Research, which developed iMinds, said the information does not include anything about the risks related to drug use. Instead, it includes downloadable modules on gambling.

Jennifer Charlesworth, the province’s independent representative for children and youth, said young people are "hungry" to learn about issues related to drug use because so many of them know someone who died from the "formidable foe" of a profit−driven and easy−to−access unregulated drug supply.

"We see this over and over and over again as young people will contact our advocates about their friends or their siblings and say, ’I don’t know what to do, but they’re in trouble,’ or ’There’s something going on for them and I want somebody to know,’" Charlesworth said.

"Education and early intervention is very important," she said of key issues like carrying naloxone and recognizing early warning signs when someone could be at risk of overdosing.

Guy Felicella, who started experimenting with drugs at age 12 and fought a 20−year addiction to heroin before overdosing six times when fentanyl hit Vancouver’s Downtown Eastside, speaks at high schools, including those that are religion−based.

He said it’s important for him to address the shame and stigma surrounding drug use.

Students often line up to talk to him afterwards about their struggles, said Felicella, a peer clinical adviser with the BC Centre on Substance Use.

"I say in my talk, ’Drug users aren’t bad people. They have tough circumstances.’ I had a 16−year−old kid come up to me after and he said, ’Hey, I appreciate you saying that. My dad died of a drug overdose in 2020. But I don’t share that with people.’"

This report by The Canadian Press was first published Sept. 6, 2022.