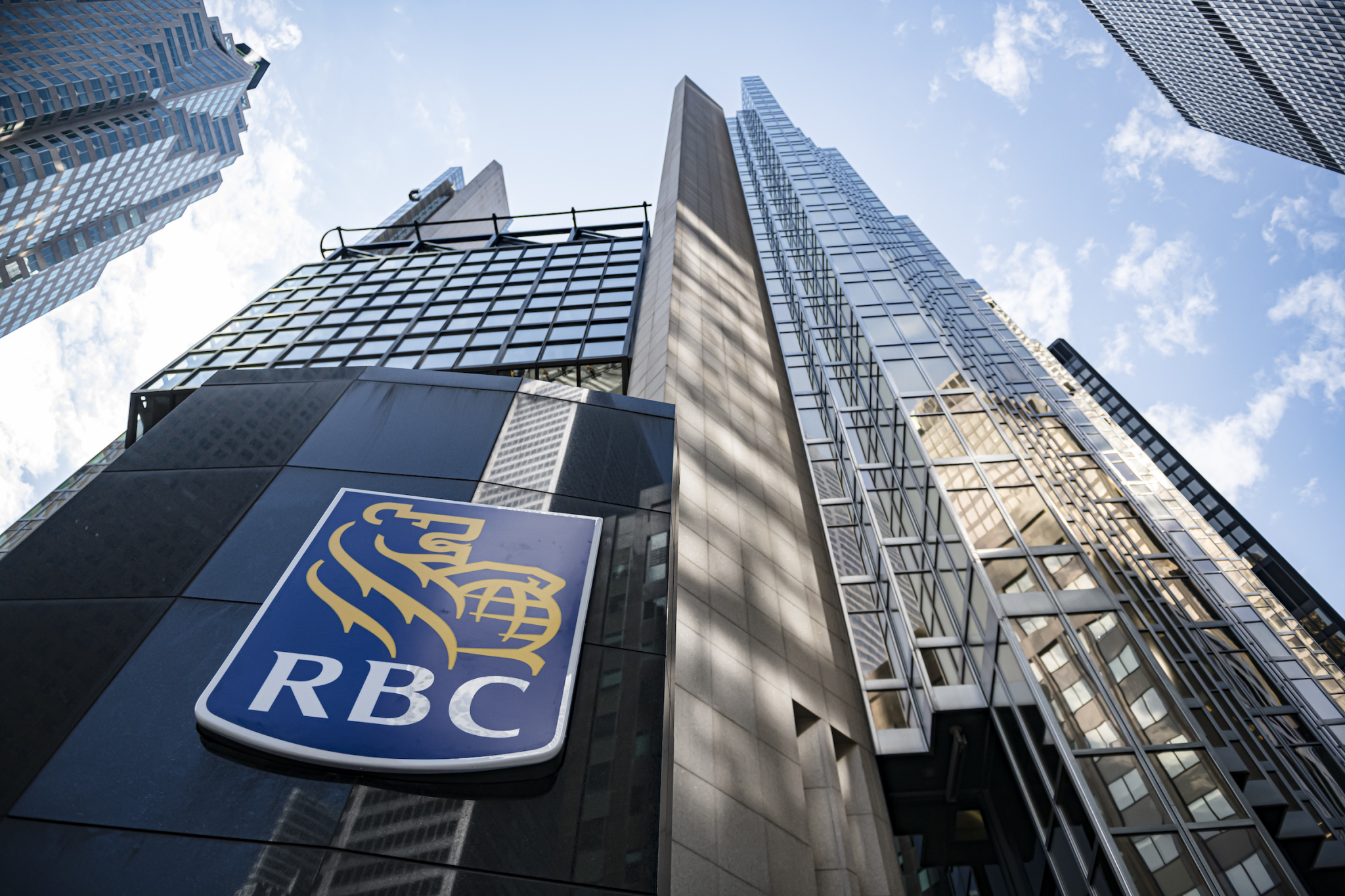 Canada’s five largest banks all risk being kicked out of a United Nations net-zero banking club unless they can develop credible climate plans by next summer.

The Glasgow Financial Alliance for Net Zero (GFANZ), formed ahead of last year's UN climate conference in Scotland, is part of a larger network called Race to Zero that seeks to rally companies, cities, financial institutions and other civil society groups to steer the world to a climate-safe future. To be a member of GFANZ requires meeting Race to Zero’s minimum criteria. In June, the UN updated that criteria to make what was previously implicit explicitly clear: credible climate plans require phasing out money for fossil fuels.

This will be a challenge for Canadian banks. RBC, BMO, TD, CIBC and Scotiabank are all part of GFANZ, but since joining the alliance, the banks have continued pumping money into fossil fuels. Their support for the fossil fuel sector grew 70 per cent from 2020 to 2021, a report published by Greenpeace Canada Wednesday noted. The uptick represents a return to pre-pandemic levels of lending as well as the “largest increase in financed emissions globally.”

Moreover, that support doesn’t appear to be evaporating. This year, each of the Big 5 banks, plus the National Bank of Canada, quietly loaned $10 billion to Trans Mountain after a federal loan guarantee promised Canadian taxpayers would repay the banks if Trans Mountain fails to do so.

“The UN is basically calling bullshit on greenwash,” Greenpeace Canada senior energy strategist Keith Stewart told Canada’s National Observer. “I think Canadian banks joined this thinking, ‘Oh, this is good public relations,’ and the UN is saying, ‘No, we actually expect you to take this seriously.’

“This is a really interesting moment for banks because they're being told to put up or shut up. It's either you get serious about having a plan to not just reduce emissions but eliminate them, or you're out of this club,” he said, adding it's not just a reputational hit, it’s a signal to investors the banks aren’t credible on climate.

Specifically, the UN’s updated criteria requires organizations to set interim targets to help slash greenhouse gas emissions in half by 2030 on the way to zero emissions by 2050. It also calls for organizations to phase down and eventually eliminate all “unabated” fossil fuels (meaning those produced without carbon capture technology), publish a transition plan that shows how they will meet their greenhouse gas emission reduction goals and align policy advocacy like lobbying and public relations campaigns with these goals. For banks, this means they must show how they will cut their financing for fossil fuels in half by the end of the decade, which would be in line with what climate science demands to hold global warming to 1.5 C.

The Greenpeace Canada report found Canada’s five largest banks are all offside with this criteria. The banks do have 2030 goals, but they range from 24 to 35 per cent reductions in greenhouse gas emissions intensity, rather than absolute emissions. The exception is BMO, which has set a 24 per cent absolute emission reduction target by 2030.

The Big 5 are all among the world’s 20 largest funders of fossil fuels, according to the Banking on Climate Chaos report published in March. It found that since the Paris Agreement was signed in late 2015, RBC, BMO, CIBC, TD and Scotiabank have loaned or invested approximately $911 billion into coal, oil and gas companies.

Canada's biggest banks are among the largest funders of fossil fuels. If they can't craft credible transition plans, they risk being booted from a UN banking alliance, says @GreenpeaceCA. #FinancingDisaster

“You should only be giving to companies that actually have a plan to not only reduce their emissions but stop them, which eliminates all of the major Canadian oil companies right there,” Stewart said.

If an oil or gas company wanted to transition to renewable energy and had a plan to phase out its fossil fuels at a speed consistent with holding warming to 1.5 C, Stewart said it would make sense for a bank to lend it money, but no major Canadian fossil fuel company is planning that.

“Oil companies all advertise all the green stuff they're doing, but their capital budgets are 95 per cent towards business-as-usual fossil fuels,” he said. “You start flipping that on its head — if it was 95 per cent towards renewables, then you could take them seriously when they say they're committed to supporting an energy transition.”

Stewart says banks need to use their “political muscle” to advocate for policies that get the economy off of fossil fuels.

“The challenge we have that the banks can't quite wrap their head around is there's no gentle, incremental solution here…. If we would have started in 1990, we could have had that smooth transition,” he said. “When you're starting in 2022, we don't have the luxury of going slow and easy and not rocking any boats.

“If you're going to keep warming to 1.5 degrees, as the UN says, that's going to require unprecedented changes in our society, and the banks need to be a part of that just because they play such a key role supporting every other industry.”

In a statement, RBC told Canada’s National Observer its climate plan involves cutting emissions from its own operations by 70 per cent by 2025. That figure does not include the emissions from the companies it finances, as required by the UN’s criteria.

“The biggest impact RBC can make is helping our clients’ transition,” said senior director of CEO communications Rafael Ruffolo. “We are working with clients across sectors through advice and financing solutions to help them transition to net-zero.”

The bank has committed to setting interim targets to slash emissions in heavy-polluting sectors like oil and gas, transportation and power and utilities, and said it aims to release those in the fall.

TD spokesperson Leslie O’Leary said the bank recognizes it has an important role to play in the energy transition. In March, the bank released emission reduction targets for the energy and power generation sectors, “which will help drive decarbonization within our client base and the wider economy and better enable us to achieve our target to have net-zero financed emissions by 2050,” she said in a statement.

“Unfortunately, TD has left the door firmly open to financing fossil fuel expansion by setting only weak intensity-based 2030 targets for energy and power generation,” he said in a statement. “It’s unclear how this approach squares with TD’s commitment to reduce its absolute financed emissions to net zero by 2050.”

CIBC spokesperson Trish Tervit said the bank is “committed to making meaningful progress towards a low-carbon future” but did not confirm if CIBC intended to meet the UN’s criteria by next year.

Scotiabank and BMO did not return a request for comment by deadline.

This story has been corrected to show RBC plans to cut emissions from its own operations by 70 per cent by 2025.

Banks. Nationalize the bastards. Or tax every cent of interest they make on loans to fossil fuel companies.

Canada's Big Banks are not the only ones guilty of greenwashing.
Practically speaking, carbon capture can capture emissions only from concentrated exhaust streams generated by upstream O&G producers and other large industrial emitters. A small fraction of total emissions.
The 80% or so of emissions from a barrel of oil generated by final combustion in vehicles and home furnaces — and anywhere else that carbon capture is impractical — remain unabated.
The Glasgow Financial Alliance for Net Zero (GFANZ) still permits investment in "abated" fossil fuels — but most of the emissions from those "abated" barrels end up in the atmosphere.

The banks' notion that investing in fossil fuels speeds the energy transition is beyond absurd.
Intensity targets are garbage.
We get the energy system and emissions regime we invest in. Banks continue to finance fossil-fuelled climate disaster.