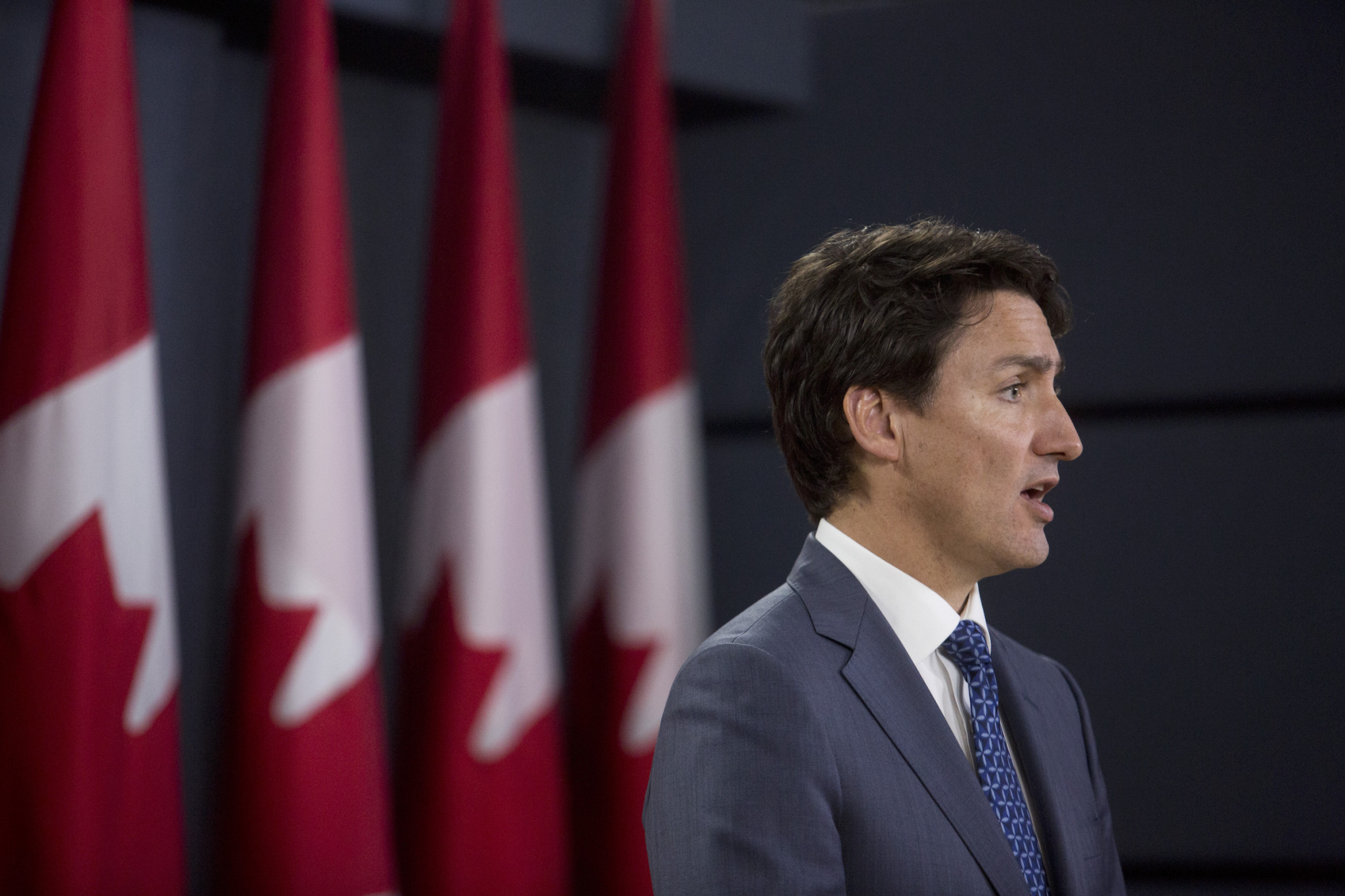 Prime Minister Justin Trudeau responded to an open letter calling for government action to combat harassment against journalists, hinting at the possibility of more federal funds for police as a solution. File photo by Andrew Meade
Previous story

The RCMP could receive more federal funds to combat the increasing harassment and threats directed at Canadian journalists, Prime Minister Justin Trudeau said in response to a recent call for action. But more dollars for policing won’t address the problem, journalists and targeted individuals say.

Trudeau’s comments came in response to an open letter sent last week by 50 news organizations and press freedom groups, including Canada’s National Observer and the Canadian Association of Journalists (CAJ). The letter urged policymakers and police to take immediate steps to address several recently reported threats and work with organizations to combat the abuse of journalists.

In an official response dated Sept. 5, Trudeau condemned the ongoing online hate and harassment campaigns targeting journalists — most often women, Indigenous Peoples, members of the 2SLGBTQI+ community and journalists of colour — and acknowledged the “chilling effect” these threats have on democracy.

Trudeau’s formal response did not put a number on the “additional funds” that could come. The RCMP’s annual budget is roughly $4.2 billion.

The Prime Minister’s formal response to a recent letter signed by Canadian news organizations and press freedom groups about targeted harassment against journalists in Canada: pic.twitter.com/7q0tKcqVeK

“A free and independent press is the backbone of a strong democracy, and any attempts to undermine that need to be denounced by leaders across the board,” his letter reads.

The letter that prompted Trudeau’s response emphasized the need to view threats towards journalists as a co-ordinated pattern, not isolated incidents, and to take a co-operative approach across police forces. This pattern is illustrated by the use of language commonly used by domestic extremist groups in different threatening emails and the backlash journalists are facing for showing solidarity with those targeted, the organizations wrote.

While CAJ president Brent Jolly appreciates Trudeau’s acknowledgment of the problem, he says increasing RCMP funding is “not something that we were advocating for.”

“What we had asked for was operational effectiveness and for the various law enforcement agencies, not just the RCMP but others, to ensure that they're deploying the resources that they have in an effective way and are taking these reports very seriously,” Jolly told Canada’s National Observer in an interview.

Jolly said he also would have liked to see more specifics on the federal government’s future plans, instead of rehashing what has already been done.

“Clearly, that hasn't been adequate in order to address the problem because it continues to get worse,” he said.

Police are very well resourced, but it took a letter backed by The Hill Times, Global News and the Toronto Star for Ottawa and Toronto police to take a co-ordinated approach to threats against Global News reporter Rachel Gilmore, Toronto Star podcast co-host and producer Saba Eitizaz, and Erica Ifill, a columnist with The Hill Times and co-host of the Bad + Bitchy Podcast, said Ifill in an interview with Canada’s National Observer.

“I am paying taxes for the police for a response that they're not giving me, which I feel is not my tax dollars being spent properly… We are financing the inadequacies of the police.”

She questions why police are the first line of defence in these cases. For example, there are actions newsrooms can take without police involvement, like communicating directly with Twitter and other platforms to report and crack down on troll accounts. When it's necessary to file a report, newsrooms need to unequivocally support their employees, she said. In Ifill’s case, Hill Times managing editor Kate Malloy offered to file a police report with her, acting as a “buffer” when interacting with an institution that has a well-documented history of discrimination against racialized people.

Ifill maintains this should be standard practice in every newsroom. Community responses are also key to supporting journalists and targets of online hate, she said. Support in the form of things like food or safe housing is invaluable, and Ifill said she had to lean on her community of friends for this kind of support.

“When it comes to security, again, security is not just about hiring people with guns,” she said. “Security is about [community care].”

Although the open letter focused on the inadequate police response and the risk a co-ordinated harassment campaign poses to democracy, “we cannot rely on the police to protect freedom of expression in this country,” said Nora Loreto, a Quebec-based writer, activist and former columnist at Canada’s National Observer.

“Policing has never been the solution to this stuff,” said Loreto, who regularly speaks about the far-right and social movement organizing.

On Sept. 1, Trudeau told the media the government will look at the idea that the rise in threats and harassment is "part of a systemic approach to weaken our democracy, to intimidate those who are there to hold to account."

Ontario education unions gear up for talks as classes return

Police must pay attention to online threats and harassment against journalists seriously: Trudeau