Recycling vs wish-cycling: When in doubt, leave it out

By Becky Rynor | Opinion | September 7th 2022
#7 of 7 articles from the Special Report: One small thing: Taking action in the climate crisis 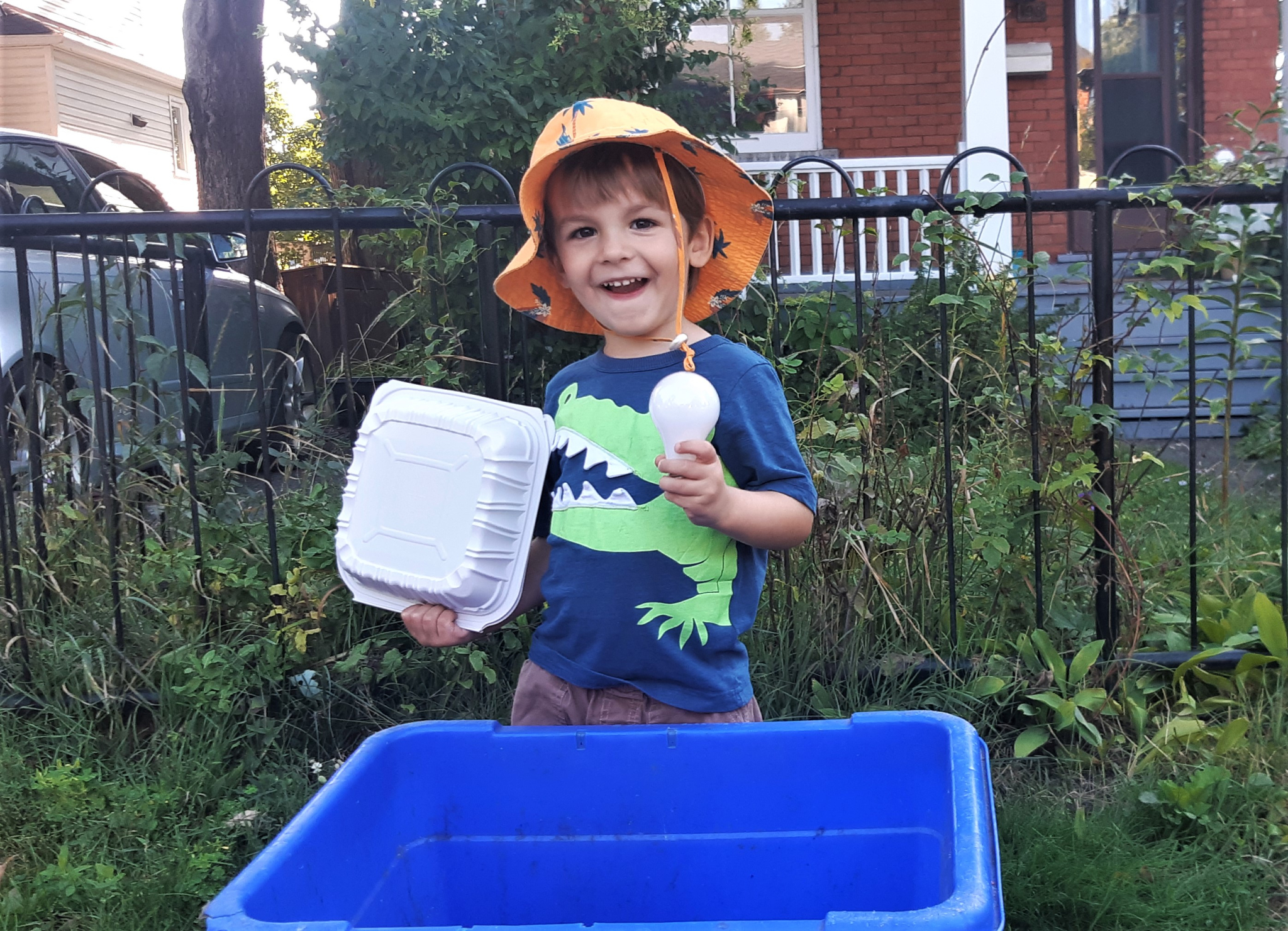 Three-year-old Evan Williams shows it’s never too early to learn what can — and can’t — be recycled. Photo by Becky Rynor
Previous story

You might think those metal and plastic clothes hangers belong in your recycling bin along with the cans, jars and plastic containers. They don’t, although charity shops, dry cleaners or consignment stores are often keen to reuse them.

And the dusty, lint-coated furnace filters? The full, jumbo-sized container of peanut butter?

“We call that wish-cycling,” says Christina Seidel, executive director of the Recycling Council of Alberta, and it’s what makes a stroll on recycling day both heartening and perplexing.

Heartening because Seidel says the bins religiously placed at the curb each week mean people want to recycle. Confusing because some of the stuff we put in those bins needs a rethink to make recycling programs more effective.

“People are not intentionally doing the wrong thing,” she says. “The mistake many people make tends to be, ‘Well I’m not sure, so I’ll throw it in,’ when the goal is to have people say, ‘I’m not sure, so I’m going to leave it out.’”

Seidel says dealing with unwanted materials is the biggest problem with otherwise successful recycling programs across Canada. “Contamination in the recycling stream adds costs and requires a separate sorting process. Those unwanted items then need to be disposed of, which adds more cost.”

Used furnace filters are mixed materials and fibres, so they go in your regular garbage. If that jar of peanut butter hasn’t reached its best before date, donate it to a food bank. If it has, scrape the contents out onto a sheet of newspaper or into a compostable bag and put it in your composting bin. Then recycle the container and lid.

If you’re not sure about a particular item, check to see whether your municipality has a website with recycling dos and don’ts, such as Ottawa’s waste explorer.

Other communities have also done street audits on what’s in those bins. If it’s a bunch of non-recyclables, that resident gets a sticker on their container flagging those items.

“That way you’re going to read that list and know what you did wrong,” Seidel says. “So, there’s some educating there.” If the resident repeatedly makes the same mistake, the municipality won’t pick up their container.

People who toss non-recyclable items in their blue boxes "are not intentionally doing the wrong thing." But the rule should be: when in doubt, throw it out, columnist @BeckyRynor writes. #recycling

“I’ll tell you, that is effective,” she says. “You’ve been chastised. Those programs that are interactive with the resident can be highly effective.”

The city of Hamilton, Ont., takes a different — arguably more-effective — approach with its gold box incentive.

“If you are a superstar recycler and doing everything right, the city brings you a gold box. Can you imagine how good you would feel? Because people love to be rewarded,” Seidel says.

While Seidel says the industry needs to do more to educate, communicate and reinforce good recycling habits — she would like to see a list of recyclables printed right on every recycling bin — the onus is on us to make recycling programs work better.

“You really have to educate yourself,” she says. “There are clearly things that always go in: newspaper, paper, certain containers. But even that gets complicated. Some programs take glass, some don’t.” Different grades of plastic can also be confusing, but she says, “services come with responsibilities.”

“You don’t get to drive your car without understanding what a stop sign means. When you’re using a recycling box, it’s your responsibility to understand what goes in it.”

Finally, here’s one thing we can all do right now to be better recyclers: if your bin isn’t full, don’t put it out.

“It’s a waste of time for that truck to stop and pick up a bin that has two cans rolling around in it,” Seidel says. “But people feel that if they don’t recycle, they will be frowned upon by their neighbours. So, they put out a partially full bin. If your blue box only gets filled up every two or three weeks, only put it out every two to three weeks.”