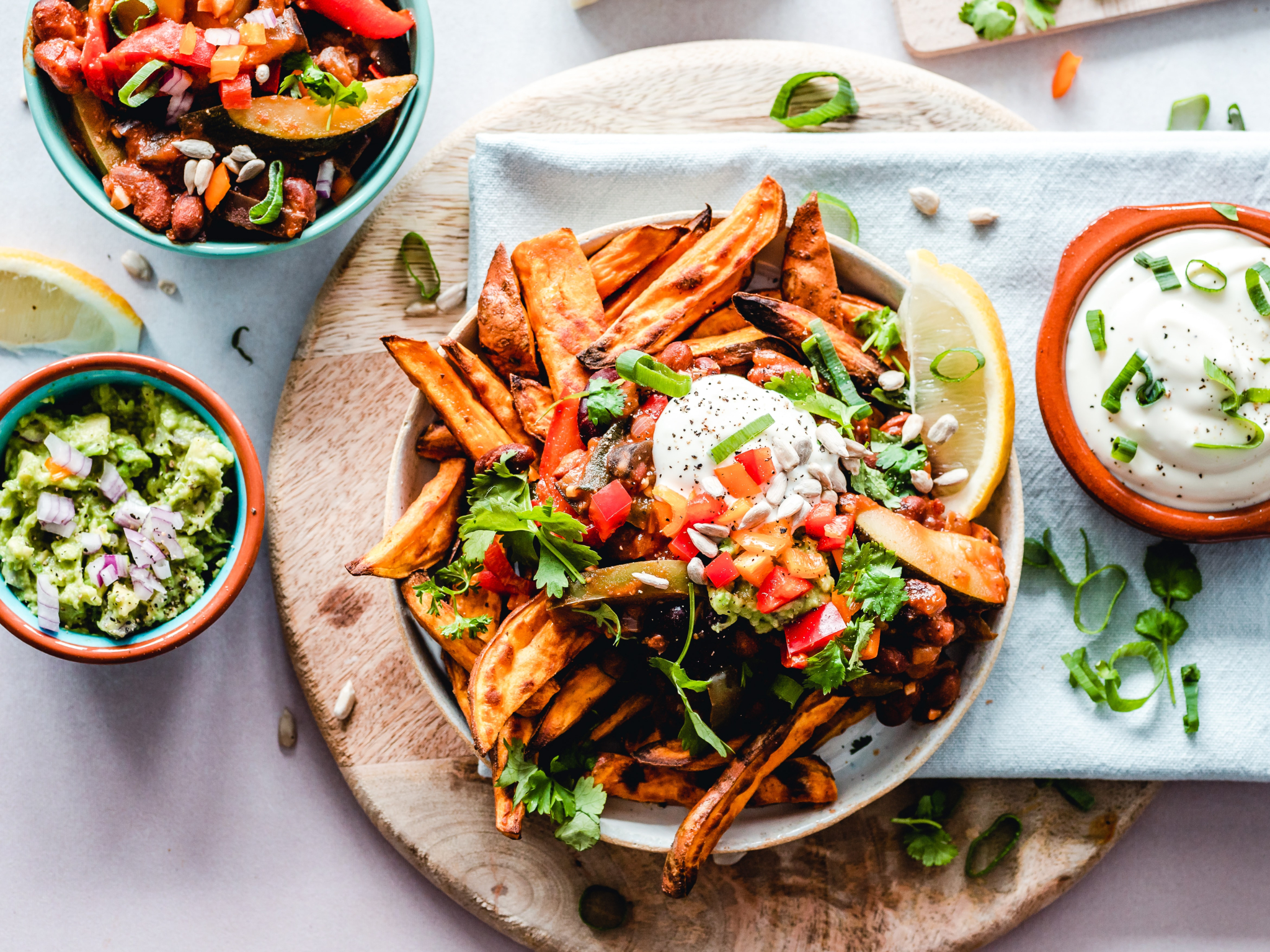 Continued investment in the plant-based sector is a win-win scenario. Photo by Ella Olsson/Unsplash
Previous story
Next story

Canada’s Emissions Reduction Plan (ERP) aims to reduce greenhouse gas (GHG) emissions by 40 per cent below 2005 levels by 2030. Current analysis shows we are not on track, with a nine-megatonne (Mt) gap in reaching that target. To get there, it is time to acknowledge animal agriculture as a significant contributor to GHG emissions and take bold action.

It is within this context that World Animal Protection partnered with Navius Research to conduct research exploring the impacts of consuming fewer animal-based foods on Canada's emissions targets.

The results are compelling. If Canadians reduced their consumption of animal foods by 50 per cent from current levels, this would lead to 13.5 Mt fewer emissions in 2030 under Canada’s current policies. Reducing animal food consumption and implementing ERP policies could be enough to fill the nine-Mt gap and help Canada surpass its target.

A 50 per cent reduction is achievable when we consider Canada is one of the top meat-consuming nations in the world, eating about twice as much as the global average. In one example, a study published by the University of Bonn earlier this year stated, “So that the Earth can continue to feed us in the future, the industrialized nations must significantly reduce their consumption of meat — ideally by at least 75 per cent... If all people consumed as much meat as the Europeans or North Americans, we would fall far short of the climate targets, and many ecosystems would collapse.”

A dire warning, to be sure.

The World Animal Protection/Navius report also found that in a future where animal food consumption is lower, Canada’s economy continues to grow while compliance costs for the country to achieve its 2030 climate targets are 11 per cent lower.

This is where the results get exciting. The plant-based market continues to develop, and this is positive news for the economy, our health and the climate. Last month, Lactalis Canada announced it is transitioning one of its dairy processing operations to a plant-based milk facility.

There is a huge opportunity waiting to happen. No one needs to be left out. Farmers can benefit — Canada is a major producer and largest exporter of pulses, after all. Retailers are in the game, with many of Canada’s largest grocery chains expanding their plant-based alternative product lines. And why not?

Consumers are open and willing to embrace plant-based foods, especially when they learn it would have a positive impact on climate. Plant-based eating can also be more affordable, according to research published last year from the University of Oxford. The study assessed food costs in 150 countries and found vegan and vegetarian diets to be about one-third less in high-income countries. Flexitarian or low meat/dairy diets cost about 14 per cent less than the status quo. And this raises another issue — the price of meat and dairy are artificially low because animal agriculture is heavily subsidized by the government and their impacts are externalized onto the environment and public health.

Globally, data and expert opinion overwhelmingly support reduced consumption of animal-based foods in favour of plant-based to lessen climate change impact. The food system accounts for about one-third of GHGs, and animal agriculture is a highly inefficient food source, accounting for double the emissions of plant-based food.

A study published in Science in 2018 shows protein produced from soybeans (tofu) creates only four per cent of the emissions required to produce the same amount of protein from beef cows. Across the board, plant-based foods are less emissions-intensive than animal-based foods.

Opinion: Consumers are open and willing to embrace plant-based foods, especially when they learn it would have a positive impact on climate, writes Lynn Kavanagh @salandsimone. #cdnpoli

Even Canada’s own food guide, revised in 2019, promotes a largely plant-based diet. The guide is rooted in science and, for the first time in history, was not influenced by the agri-food lobby.

So far, the Canadian government has not heeded the message or followed the science. Instead, initiatives to address GHGs from agriculture have concentrated on increasing efficiencies on the farm. These efforts will help, but they are not the fundamental shift needed to reduce GHGs from the sector.

As the United Nations climate conference (COP27) approaches, plans are underway by governments, activists, and others to move forward the aims of the UN Framework Convention on Climate Change. While the agenda for COP27 has not yet been announced, for the first time, the conference will include a food pavilion to address food system change, a necessity if the world is going to make headway on its GHG reduction targets as set out in the Paris Agreement.

The pavilion is a stark change from last year when COP26 was called out by activists and media for failing to address animal agriculture as a significant source of GHG emissions.

At COP27 in November, there is no excuse for Canada to refrain. Commitments to address animal agriculture, starting with investment in a dedicated education program for Canadians on the climate and health benefits of plant-based eating, is an easy first step that aligns with the Canada Food Guide.

If Canada is serious about tackling climate change, the answer is in the data, which speaks for itself.

Lynn Kavanagh is the farming campaign manager at World Animal Protection, Canada. She received an MSc in animal behaviour and welfare from the University of Guelph.

This "plant-based" stuff is

This "plant-based" stuff is as useful as "net zero by 2050."
It's bad for all the reasons that the other ultra-processed simulated alternatives to food are bad.
Canada needs to bulk up its backing for whole foods, emphasizing plants.