Queen's death raises questions in Quebec about future of the monarchy 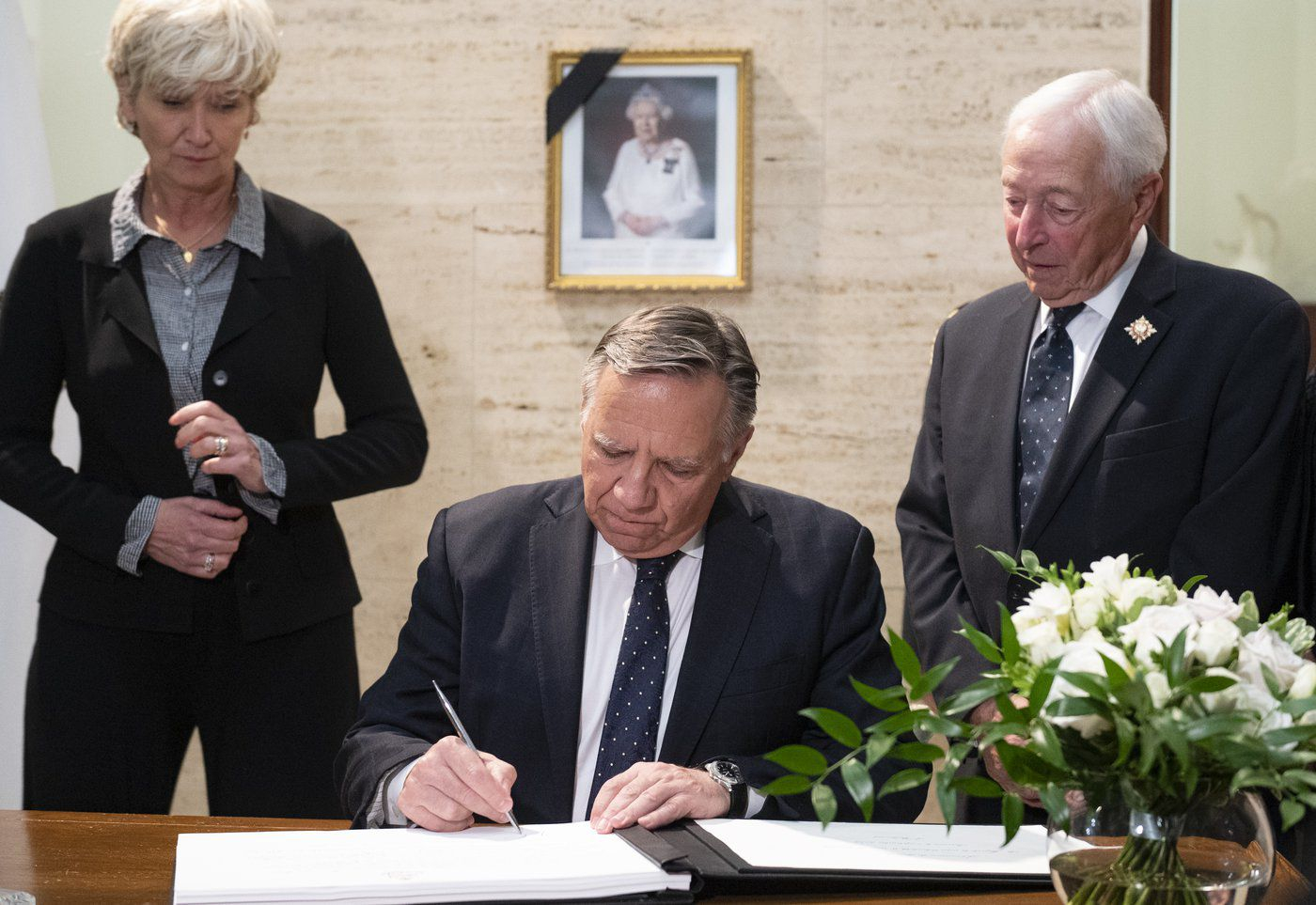 The mixed reactions in Quebec to the death of Queen Elizabeth II highlight the province’s complex relationship with the monarchy.

In the days after the Queen’s death, incumbent Premier Francois Legault — who is currently on the campaign trail ahead of an Oct. 3 election — has faced questions about whether the province should now eliminate the position of lieutenant governor, as well as criticism from the Parti Québécois for lowering the Quebec flag to half mast in honour of the late queen.

Quebec media outlets ran both tributes to the monarch and retrospectives about a riot during her 1964 visit to Quebec City that has become known as "Truncheon Saturday."

The majority of Quebecers don't look kindly on the monarchy for historical reasons as well as their support for democracy, said Gérard Bouchard, a historian and sociologist who teaches at the Université du Québec à Chicoutimi.

While Quebecers may respect the late queen as an individual, the monarchy brings up memories of the British conquest of New France and British colonial rule over French-speaking Canada, said Bouchard, who studies national myths.

The idea that the head of state is a European monarch also runs counter to Quebecers ideas of democracy, he said, adding opposition to the monarchy is stronger in Quebec among federalists and English-speakers than it is in other parts of Canada.

It was the history of colonialism that Parti Québécois Leader Paul St-Pierre Plamondon seized on as he defended his criticism of Legault’s decision to lower the Quebec flag.

The monarchy was imposed on the people of Quebec by conquest, he said, while the provincial flag, known as the fleurdelisé, represents both the right of Quebecers to exist as a people and the province's democracy.

"We cannot overlook that she represented an in institution, the British crown, that has caused significant harm to Quebecers and Indigenous nations," he told reporters.

In #Quebec, the Queen's death raises questions about future of the monarchy in Canada. #Polqc #Monarchy

The deportation of the Acadians, the execution of the leaders of the Patriot Rebellion in 1839 and, more recently, the repatriation of the constitution without the consent of Quebec were all done in the name of the British crown, he said.

Legault, who accused St-Pierre Plamondon of "petty politics," faced questions from journalists who wondered if Quebec would use the opportunity to get rid of the office of lieutenant-governor.

Legault said he knows there have been calls to replace the lieutenant-governor, but noted it's not one of his priorities if he's re-elected.

Quebec has already reduced the prominence of the lieutenant-governor. Unlike the other provinces and the federal government, where legislative sessions open with a speech from the throne delivered by the monarch’s representative, in Quebec the inaugural speech is delivered by the premier.

But it's not just in Quebec where the popularity of the monarchy has been slipping, said Benoît Pelletier, a professor of constitutional law at the University of Ottawa and a former cabinet minister in the Quebec Liberal government of Jean Charest.

In English-speaking Canada, he argued, support for the monarchy is also on the decline.

"I think that over the coming months there will be a debate on the future of the constitutional monarchy," he said, adding that he expects it will eventually lead to a referendum on the issue.

Pelletier said he thinks changing the Canadian constitution to abolish the monarchy would be possible, as long as the negotiations don't attempt to address any other constitutional issues.

He, however, personally supports the monarchy.

"I think that the system works well at this moment and as you say in English, if it ain't broke, don't fix it," he said.

But it is possible, he said, to integrate an elected head of state into a parliamentary system, as was done in Barbados when it became a republic in 2021.

While there have been expressions of republicanism in Quebec’s history, it would be a mistake to conclude that Quebec has always rejected the monarchy, said Marc Chevrier, a political science professor at the Université du Québec à Montréal.

After the conquest, Quebec's French-speaking elites rallied around British institutions, including the monarchy, he said.

There have also been efforts to associate British royalty with the glory of the old French monarchy, he said, noting the Quebec flag references French royal symbols.

Unlike independence movements in places like Ireland, which have been strongly associated with republicanism, the Parti Québécois never promoted such beliefs when it was in power, he said.

This report by The Canadian Press was first published Sept. 11, 2022.