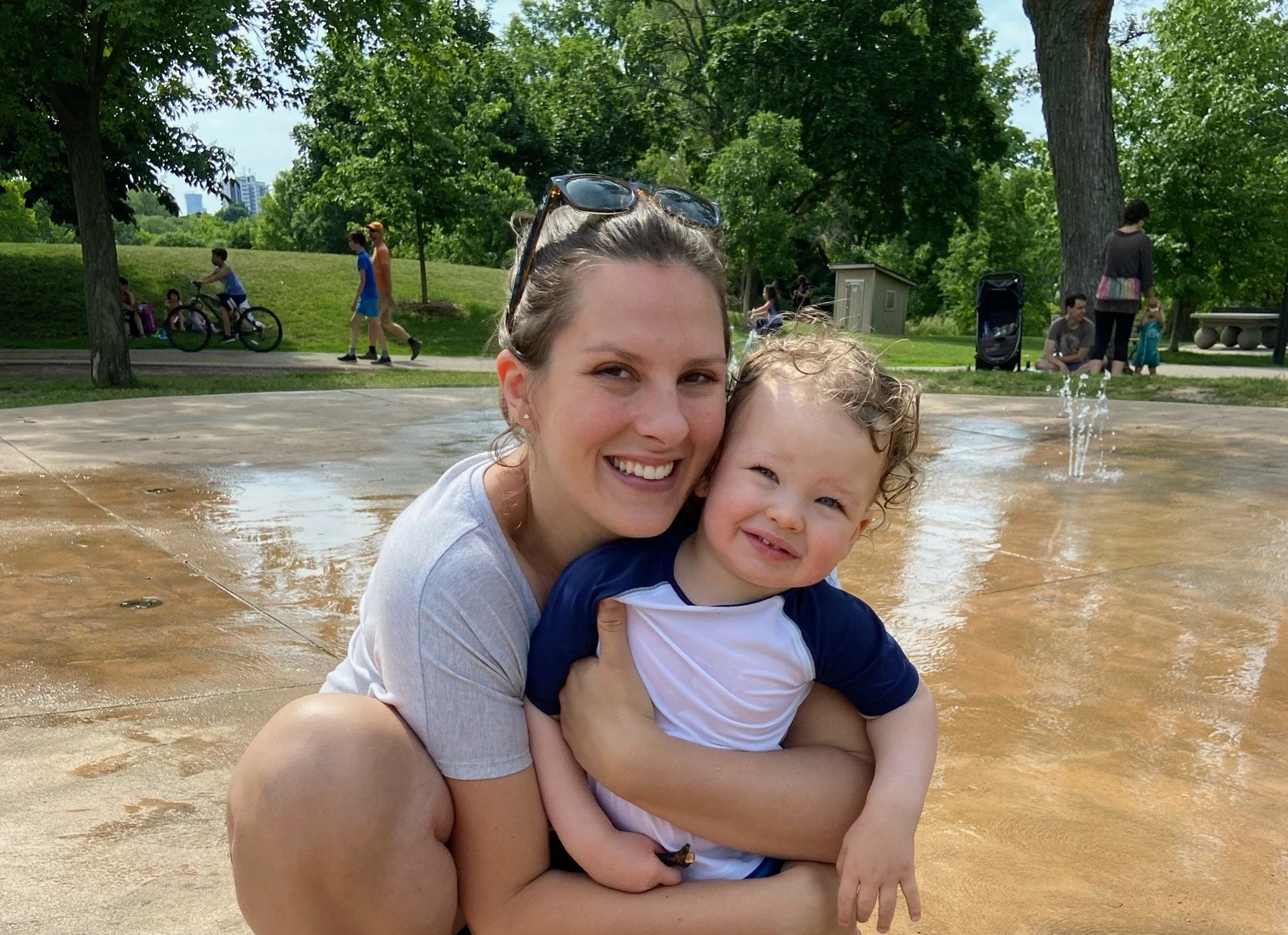 A future with an uncertain climate is not what Brianne Whyte envisioned for her son, Eli. "My anxiety before he was born about the kind of world he would have to contend with has been amplified many times over," she says. Photo credit: Sam Novak
Previous story

As seven young Ontarians make history by facing the Ford government on climate inaction in provincial court this month, we should all take a long hard look at why it’s come to this.

Mathur et al. v. Her Majesty in Right of Ontario is the first time a Canadian court will consider whether a government’s actions in dealing with climate change have the potential to violate our charter rights to life, liberty, and security.

The youth-led group is suing the Ford government for weakening its climate targets back in 2018.Their case argues that Ontario’s 2030 target of reducing greenhouse gas emissions to 30 per cent below 2005 levels is inadequate, unconstitutional and must be struck down.

As intervenors in the case, parents across the country will be there to support the youth bringing this challenge forward, even while we’re enraged and heartbroken that they have to take this step.

The youth behind this challenge are not a fringe element. They are smart, they know the science and they won’t be fooled. They know that ambitious climate action is required to secure a planet that will sustain life. Their health and well-being are already affected daily by extreme weather events, and their ambitions for the future are overshadowed by anxiety about how much worse it will get. And they represent millions of young people across the country who feel the same way.

Yet, they’re not being heard or listened to. The Ontario government’s policy decisions showcase its refusal to accept the realities of climate change and what needs to be done about it. It has weakened greenhouse gas emission reduction targets, prioritized infrastructure that supports more private vehicle use, pulled support from renewable energy projects and is returning to an electricity grid powered by natural gas instead of investing in the growing renewable energy market.

Given the lack of interest from decision-makers, and largely without the ability to vote, launching a legal challenge is one of the few meaningful actions youth can take. In November 2019, this group of seven did just that, claiming the Ford government’s changes to the provincial climate action plan weakened it to the point where their future existence, and that of all Ontarians, is threatened.

Successfully withstanding challenges from the provincial government, it has gone further than any other charter suit based on climate. A victory would be a significant step to a safer, healthier future.

The fact our kids have to spend three years of their lives involved in a court battle is a shocking sign that systemic change is needed. Ask any parent evacuated by wildfires or flooding, locked in their homes with a busy toddler during pollution or smoke advisories, or who consoles their teen in panic attacks: we know our children’s lives and well-being are threatened by the lack of clear and urgent action to transition from fossil fuels.

The young people behind the lawsuit against the Ontario government are smart. They know the science. They won’t be fooled, writes Brianne Whyte @ForOurKidsTO. #MathurvOntario #HaveCourage #ActNow #ThisIsClimateBreakdown #ForOurKids #ClimateEmergency

This is not the future I envisioned for my son, and my anxiety before he was born about the kind of world he would have to contend with has been amplified many times over. It has changed the way I parent — seeking out ways to foster resilience and concentrating on building a community that will come together and support each other when disaster hits.

As a parent, I won’t stop pushing for change, and I’ll be there to support youth in the street, in the courthouse, and anywhere else I’m needed. This is a battle for future generations. We all have a role to play.

Regardless of the court’s decision in this case, we should take it as a wake-up call and all step in to create a livable future for all our kids. Acknowledge that we need to change. Prepare for the changes that are coming. Plan a just and swift transition away from a fossil fuel-based economy.

Listen to our kids. It’s their future.

Brianne Whyte is a mother, teacher and organizer with For Our Kids Toronto, a group of committed parents working together for climate justice, part of the For Our Kids network. For Our Kids was founded in 2019 and connects thousands of parents across Canada who are concerned about climate change, their children and a livable planet for all.

Youth in historic climate case get their day in Ontario court

The results of the recent

The results of the recent provincial election in Ontario were extremely disappointing, to say the least, to anyone concerned about addressing and mitigating climate change. If young people (and others of all ages) are concerned about the impacts of runaway climate change on their future, then they need to start voting on mass in support of provincial and federal parties that will take serious, affirmative and immediate action to mitigate the danger to life on the planet from the climate change juggernaut.

While climate activism among the young is certainly to be applauded, encouraged and supported, the political reality is such that unless young people are motivated to vote and encourage others to do the same, Canada will continue to support the O&G industry; including maintaining massive subsidies and the potential for new pipelines and other supporting infrastructure (re: Poilievre’s promises).

So, forgive me for asking, but where were all the younger voters and the others who support real climate action on election day in Ontario? The Ford government has an abysmal record on this issue and has been diligent in deleting the previous government’s mitigation efforts. His majority mandate means that Ontario will see more farmland, wetlands and woodland sacrificed to expand highways and suburban sprawl; in other words, business as usual.

The younger generations (and their children and grandchildren) are the ones who are going to face the terrifying realities of runaway climate change. Why are they reportedly throwing their support behind Pierre Poilievre and the CPC? It doesn’t make any sense given the Conservatives’ denial of the existence of climate change.
It’s your move young people. VOTE with passion and purpose!