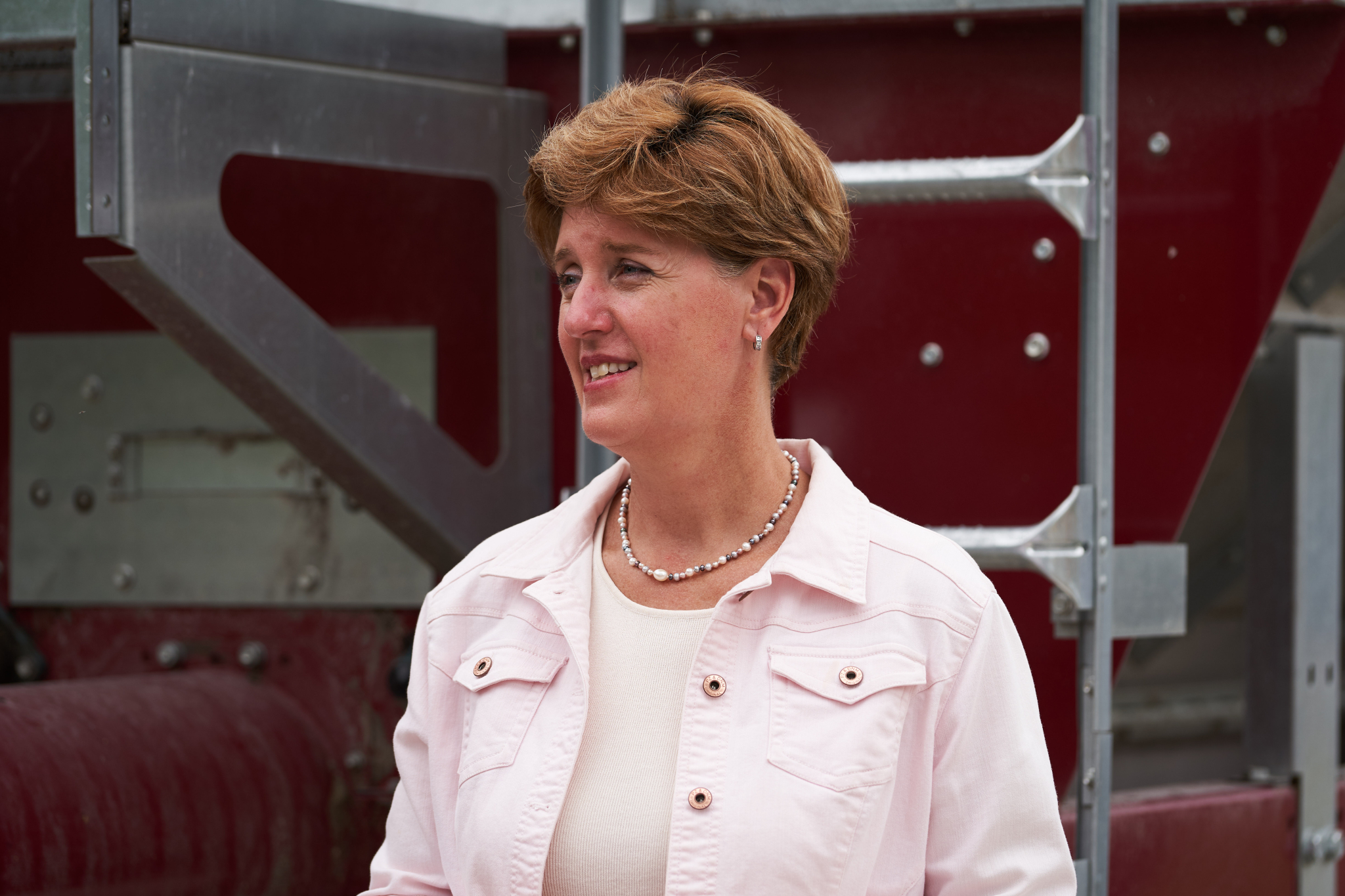 Days after signing a landmark $2.5-billion deal with the provinces and territories to subsidize Canada's farmers, federal Agriculture Minister Marie-Claude Bibeau says she was betrayed by a cadre of conservative premiers. The leaders of the three Prairie provinces, who had supported the pact, echoed a far-right disinformation campaign linked to Canada's Freedom Convoy movement telling farmers the feds were going to force them to drastically curb fertilizer use.

In a series of tweets, videos and public statements, the premiers of Alberta, Saskatchewan and Manitoba claimed Canada, in its zeal to lower greenhouse gas emissions from nitrogen, was planning a European-style crackdown limiting fertilizer use. They accused the plan of leaving farmers broke, harming global food security and driving up the price of food in Canada.

That wasn't true. The federal government last year announced plans to reduce emissions, with public consultations on the best approach to take closing last month. A central part of the proposal is giving farmers financial incentives to move towards sustainable techniques, like low-till and cover cropping, that use less fertilizer. Canada has no plans to adopt restrictive European-style policies, according to policy documents, public statements and emails exchanged between Canada's $23-billion fertilizer industry and federal officials uncovered by Canada's National Observer.

"I was extremely disappointed," said Bibeau in an interview this week. "We should have been celebrating. But no, because conservatives decided to take old news and spoil a very good agreement we had signed."

The federal government is "not even thinking about regulatory or mandatory measures" to reduce fertilizer usage like the ones seen in Europe, Bibeau said.

That's not the story Canada's Prairie premiers told their followers in late July, days after Bibeau agreed to disburse the provinces and territories $2.5 billion in agricultural subsidies. Saskatchewan Premier Scott Moe was the first to attack the emissions reduction target, posting a tweet on July 25 decrying the "arbitrary" target as a risk to "global food security."

Jason Kenney, Alberta's premier, followed Moe's lead the next day. Speaking solemnly to the camera, Kenney said a proposal tabled a few days earlier at a federal-provincial-territorial meeting of agriculture ministers would force farmers to "reduce by at least 30 per cent their fertilizer" use. Beyond the threat to farmers' incomes and food security, the risks of such type of "dumb green policies" implemented in Europe meant the continent's farmers faced harvesting "radically lower agricultural yields."

Manitoba Premier Heather Stefanson waited until July 29 to tweet about the plan, posting a letter she sent to Bibeau decrying the 30 per cent fertilizer emissions reduction target. The proposed target comes "at the worst possible time" because it would decrease yields, harming people's jobs and driving up food prices.

None of the premiers' offices responded to a request for comment by deadline.

Similar conspiracy theories were advanced by supporters of the Freedom Convoy movement and Canada's far-right.

Days after signing a landmark $2.5-billion deal with the provinces and territories to subsidize Canada's farmers, federal Agriculture Minister Marie-Claude Bibeau says she was betrayed by a cadre of conservative premiers.

In late June, activists linked to the convoy highlighted protests by Dutch farmers against their country's drastic plan to cut nitrogen emissions, where angry farmers spread manure on roads and stormed government buildings. The Netherlands has plans to halve nitrogen emissions from fertilizer and will need to force some farms to shut down entirely to reach its goal. Ignoring the differences between approaches taken by Canada and the Netherlands, Canadian far-right media outlets started attacking the federal government's plan.

By early July, far-right content creators and some conservative politicians were boosting conspiracy theories about Canada's target to reduce fertilizer emissions. They claimed the target was a cover for mandatory cuts in fertilizer use that were part of a global plot contrived by the World Economic Forum to starve people into government submission.

By the time Kenney, Moe, and Stefanson sent out their tweets decrying the federal government's target, the conspiracy had overtaken mainstream debates about the planned emissions reduction target and the billions in federal funding Bibeau had just announced for farmers.

"Until that moment, I thought we were all genuine in our commitment to keep Canada as a leader in sustainable agriculture," said Bibeau. "(The tweets) spoiled very, very good news for farmers."

Sustainable farming approaches emit fewer GHGs and are also better adapted to droughts, floods and extreme weather events predicted to become more common as the climate crisis deepens. Their potential benefits were outlined in an August discussion document about the fertilizer emissions reduction proposal by Agriculture and Agri-Food Canada (AAFC), which stated that by adopting better farming practices, fertilizer emissions could be cut by over a third without significantly harming yields.

Still, disinformation generated by the conspiracy theories has also overshadowed genuine questions by farmers about the proposed targets. In their submissions to public consultations on the project, several farmer advocacy groups called for more funding to help farmers transition to more sustainable techniques — a rare similarity between groups that typically take opposing positions on federal policies

"Fighting for fertilizer is not the same thing as fighting for farmers," said Darrin Qualman, director of climate crisis policy and action for the National Farmers Union (NFU). That distinction has been lost in the haze of disinformation surrounding the emissions reduction targets, including by more conservative farm advocacy groups. Farmers would benefit financially from using sustainable techniques that require less fertilizer — an expensive commodity.

But using less will be difficult under Canada's growing food export targets, which sit at odds with its targets to reduce fertilizer emissions. The government "wants to push down emissions from fertilizer use but on the other hand is relentlessly trying to push up agri-food exports," he said.

The federal government in 2018 set the goal of exporting at least $85 billion in agri-food by 2025, up from roughly $65 billion that year, according to Farm Credit Canada. Canada's food exports nearly hit that target last year, reaching about $82 billion. Fertilizer use has increased in lockstep with those exports as they have increased, notes the NFU's submission to public consultations on the target.

Bibeau believes those goals are not at odds.

"We have to do both at the same time, and we can do both," she said.

Thanks for reporting on this.

Thanks for reporting on this.
I would like to spread manure in the three prairie Conservative premier's offices in payment for their overtly political right wing disinformation tactics.

Unfortunately, most rural Westerners gave bought into the great misinformation campaign championed by outgoing Premier Kenney, , like Pollievre, a master of gaslighting, dogwhistles and misinformation. And of there are more conspiracy theories out here than cattle

In my experience, rural

In my experience, rural westerners are not intelligent or curious. They prefer being led by their noses so they don't have to actually think. They are quite greedy and never act in good faith.

I object to categorizing

I object to categorizing swaths of people into any category for the purpose of calling them names. Perhaps especially when the category is so large and ill-defined.
I would also observe, as an aside, that most people being led by their noses believe they do what they do because they are thinking people.

The fertilizer industry has

The fertilizer industry has already released guidelines and goals stating at least half the 30% just achievable. But social media overwhelms the truth.

Conservative politicians? Betraying someone?! I'm shocked, shocked I say! Next she'll say they LIED to her!
[/sarcasm]

Prairie farmers were among

Prairie farmers were among the pioneers of no-till farming, which reduces the need for expensive nitrogen fertilizers, and adoption of this practice is now wide spread. So where is the impetus for these conspiracy theories coming from? Is it just right wing politicians jumping on a populist bandwagon to create photo ops, or does the impetus arise from the fertilizer companies who make campaign contributions? "Nitrogen fertilizer salesmen pay politicians to campaign against reduction in nitrogen use!" - could'nt possibly be true ... could it?