By John Woodside | Analysis, Energy, Politics | September 12th 2022
#2 of 4 articles from the Special Report: Off the deep end 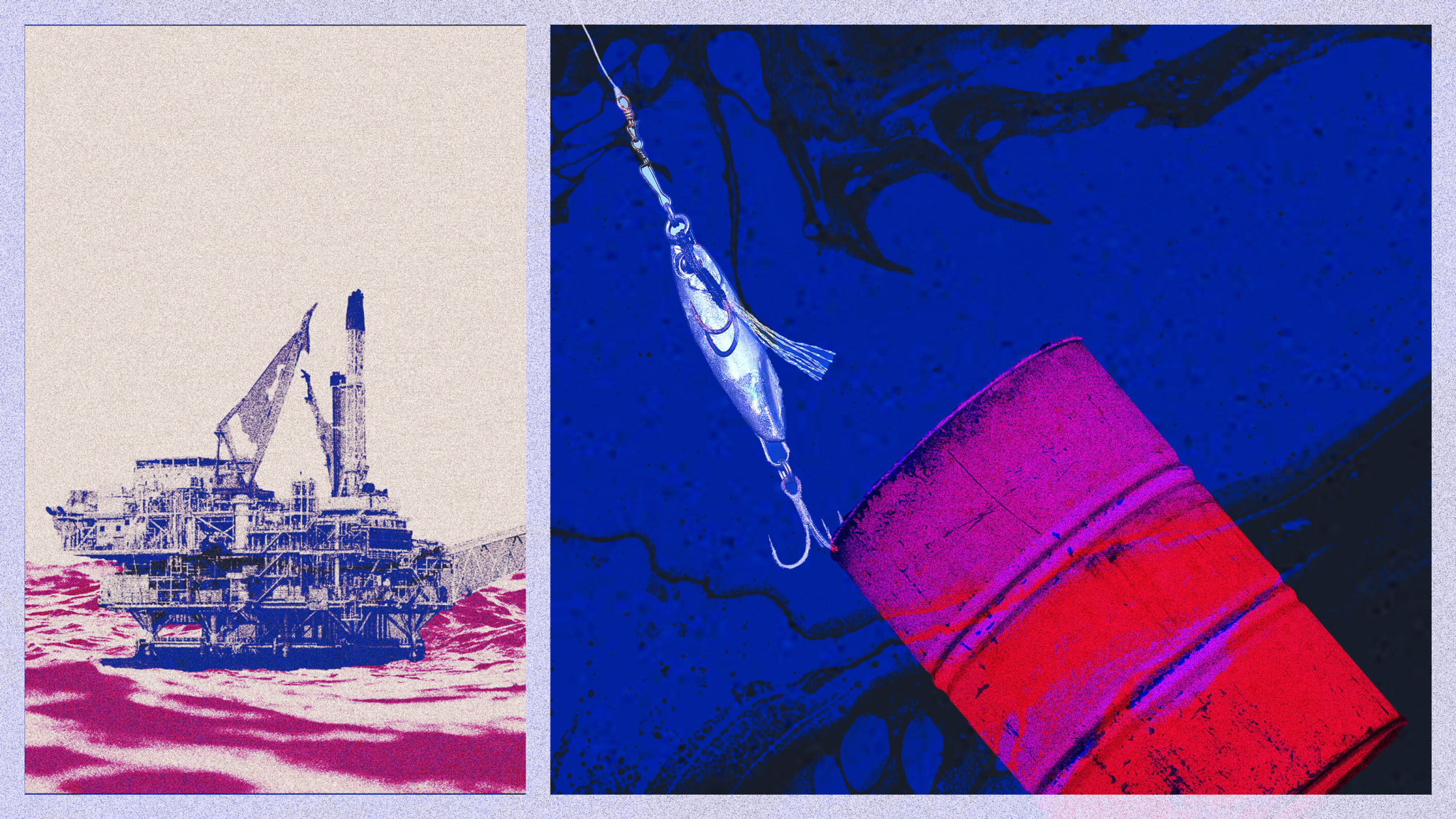 For Newfoundland and Labrador, oil is its major source of revenue and a perpetual thorn in its side.

The province has ambitious plans to double offshore oil production by 2030, and is encouraging major oil companies to explore its offshore further in an attempt to attract multibillion-dollar investments. In the first part of this series, Canada’s National Observer mapped all current oil exploration, production and significant discovery licences as well as areas where companies have been invited to bid on projects this year to see the scope of the possible expansion.

To understand why the province is investing so heavily in offshore oil at a time when the world recognizes the need to end the reliance on fossil fuels, it helps to rewind to March 2020. As COVID-19 was spreading, an oil price war between Saudi Arabia and Russia hit Newfoundland and Labrador hard. The price of oil plummeted, creating a crisis for Canada’s easternmost province, which is heavily reliant on oil revenue to pay for services for its population of about 520,000.

Newfoundland and Labrador was worried about its cash flow given that in the two decades before the pandemic hit, the oil industry represented 25 per cent of the province’s gross domestic product (GDP). To put that in perspective, the oil and gas industry was worth 21 per cent to Alberta’s GDP and five per cent to Canada’s GDP over that same period. Newfoundland and Labrador also collects royalties from the sector, and uses oil revenue to pay for services and pay down its staggering debt, currently projected to be over $17 billion, largely caused by cost overruns on a hydrodam called Muskrat Falls.

In March 2020, when the province turned to financial markets to borrow money, lenders simply said no. Former premier Dwight Ball wrote to Prime Minister Justin Trudeau to say nobody was willing to buy the province’s bonds, meaning its ability to raise money to pay for services was evaporating. The province was reportedly weeks away from running out of cash. Soon after, the Bank of Canada stepped in to offer financial relief through a provincial bond-buying program.

The immediate crisis was averted, but the decreasing oil revenue remains a major problem in the eyes of many.

Now, the province is banking on oil revenue for its economic recovery and plans to double offshore oil production by 2030. The Big Reset, a controversial economic recovery plan published last year, says new sources of oil revenue are needed to make up for what is being lost. The oil sector has paid, on average, $1.3 billion each year to the province since 2004, but that amount has been trending down in recent years, coming in at $532 million in 2020-21.

“This significant reduction in revenue from existing fields can only be made up for through new discoveries and developments, such as West White Rose, Bay du Nord, and the Cape Freels prospect,” the recovery plan reads.

At a time when the world recognizes the need to end the reliance on fossil fuels, Newfoundland and Labrador is planning to double offshore oil production by 2030. Here's why.

The report says if projects aren’t discovered by 2026 and sanctioned soon after, they likely never will be. According to the report, there’s essentially a 10-year window to add as much oil as possible to the province’s balance sheet before the global energy transition takes that option off the table.

“If development in the province does not happen within these timelines, considerable wealth will be stranded, hindering the province’s ability to improve its fiscal situation and limiting its ability to fund a transition to a green economy,” it reads.

On the other hand, the oil assets themselves — things like the infrastructure and equipment used to extract oil and the actual oil still buried underground — could become worth less, if not worthless, as the global energy transition unfolds. A study published last year in the journal Nature Energy found that within 15 years, demand for Canadian oil exports could dry up because Canada is a high-cost producer and it could be squeezed out of the market by low-cost producers as demand drops.

The big unknown for oil producers is how quickly the world will reject fossil fuels, says one of that study’s authors, Gregor Semieniuk, an assistant research professor at the University of Massachusetts Amherst. The longer it takes to recoup a project’s investment, the more risky the gamble becomes.

Whether off the coast of Newfoundland or in Alberta’s oilpatch, projects in Canada typically have higher costs per barrel than in other parts of the world, for example, many Middle Eastern producers. The higher cost of Canadian oil would make it harder for Canadian producers to find a place in the market, Semieniuk told Canada’s National Observer. He said the shift will be driven not by “aspirational climate change mitigation, but rather, hard-nosed economics.”

In the International Energy Agency’s (IEA) most recent annual energy forecast, it projects global oil demand to fall by the mid-2030s at the latest. That estimate assumes efforts to lower emissions fail to materialize. The IEA has also clearly said if the world is going to reach net-zero greenhouse gas emissions by 2050, there is no room for any new coal, oil or gas projects.

With Bay du Nord specifically — the recently approved offshore project set to become Canada’s first deepwater oil site — Semieniuk noted that for it to be extracting oil by 2028, as its owner Equinor plans, it will have to spend billions of dollars in the coming years on a project that’s supposed to pump oil for decades. He said he doesn’t envy the company because nobody can know what the world’s oil demand will be through the 2030s and 2040s.

As mapped by Canada’s National Observer, Bay du Nord is in an area called the Flemish Pass that’s further out to sea than the province’s existing oilfields. The map shows Equinor is the majority owner of this parcel of the ocean, as well as several nearby “significant discoveries” called Harpoon, Mizzen and Baccalieu.

Semieniuk said if further oil projects were to develop in Newfoundland and Labrador’s offshore, it would be smart for the province to diversify its economy because there is a very real risk oil will be squeezed out of the market, again leaving a hole in the province’s finances.

“As a government responsible for meeting various obligations to its citizens, perhaps you really want to think about how you can hedge this risk,” Semieniuk said. “So what else is the government doing? Are they using all their funds to subsidize these companies building offshore oil or do they have a Plan B?”

When governments get fat off oil money, it's common for them to fall into a “resource curse,” he said, referring to an economic concept that says resource-rich jurisdictions get comfortable financing themselves through things like fossil fuels at the expense of other sectors. By falling into this resource curse, and with the boom-and-bust cycles common to extractive industries, these governments often fail to economically develop as fully as they otherwise could, the theory suggests.

So hard to predict global oil

So hard to predict global oil demand. Good years in south and east Asia could have demand actually grow for another decade. Or, the fears of "Chinese Economic Collapse" could come true, and demand would drop almost immediately, and never recover, because "the transition" would take less time than Chinese recovery. (NB: "the transition" means "enough energy moving to renewables per year to offset any oil growth", not "transition complete". The former case could occur in as little as five years, if the most-optimistic projections for renewables and batteries come true.)

The article is dead right that Canadian oil will be one of the first dropped, and any investments that take a full decade of high prices to pay off, is a risky gamble indeed.

Newfoundland plans to have

Newfoundland plans to have several very expensive offshore oil rigs fully operational by 2030. On September 14th Detroit hosted its annual auto show. For the first time in their history every last model was an EV. Chrysler announced it will fully eliminate all of its internal combustion engines by 2029, with a similar doubling down on battery electric cars by every carmaker in the world sometime this decade.

It's clear that the elected officials in St. Johns and Ottawa live on Pluto.