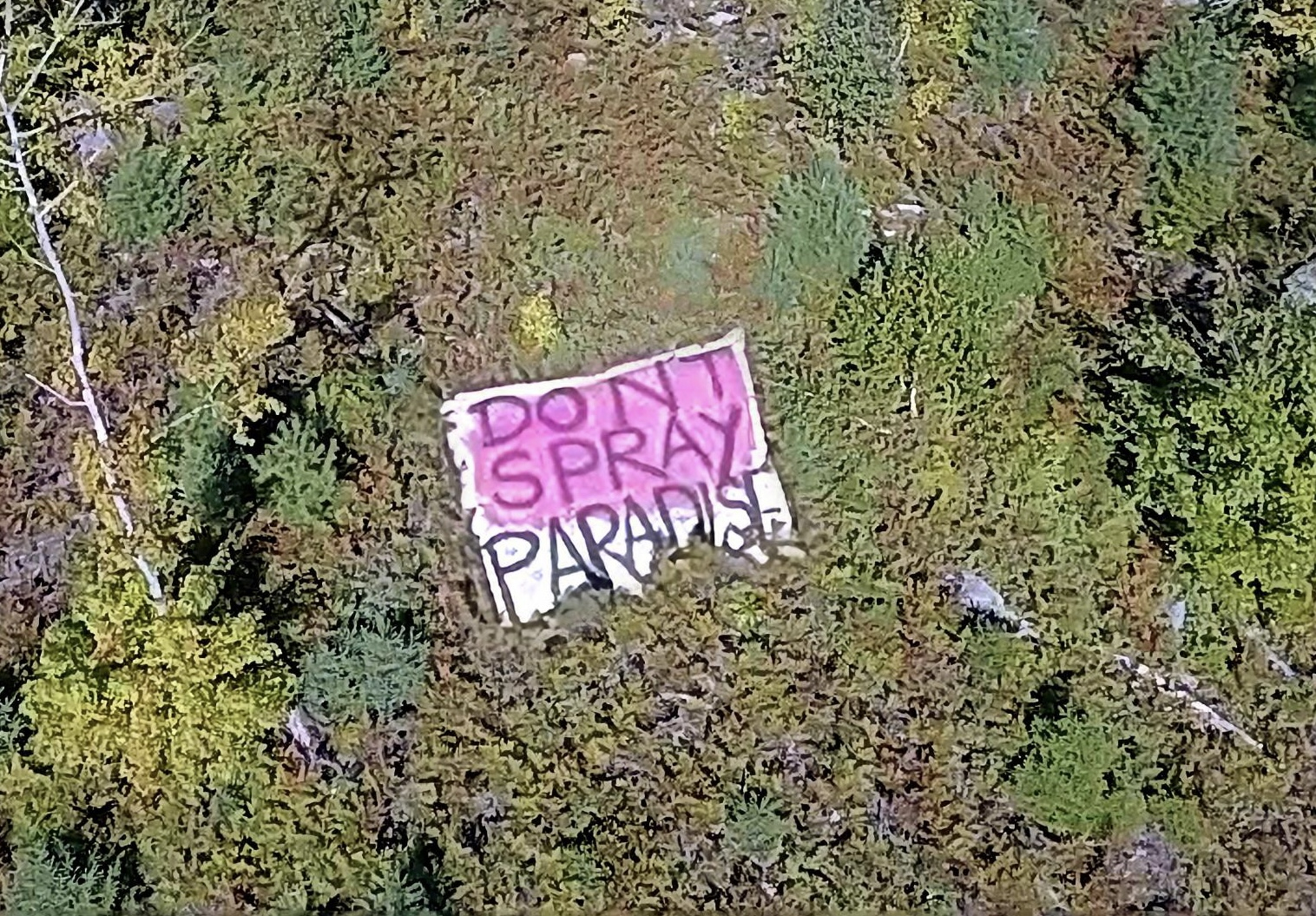 Ten camps are now in place against glyphosate spraying in the province. Photo submitted by Don't Spray Us! Nova Scotia
Previous story
Next story

Yearly glyphosate spraying has begun in Nova Scotia, and with it, groups of residents are setting up opposition camps against herbicide spraying in the province’s forests.

As of Wednesday, protesters are camped out around or on 10 aerial herbicide spray sites in the province, adding to a smaller number of occupations that have existed since Sept. 1. Glyphosate sprays in Nova Scotia have been cancelled in the past after efforts from the group leading the camps, Don’t Spray! Nova Scotia.

Glyphosate-based herbicide spraying is common in the forestry industry, with companies using it to kill vegetation that competes with the softwood trees they harvest.

Brandon Appleton is among the protesters and says the Digby site he is at has received ample support from community members.

“I am camped out next to a spray site here in Bear River because I am absolutely not willing to let a helicopter come in and spray poison in our community,” he said.

“This is a place for families to grow, for gardens to thrive; this is my home…”

Glyphosate use is being phased out in Europe, which will ban the product come December. However, Canada’s federal government continues to approve its use, most recently in January 2019.

In 2018, international concern about glyphosate shot up when a U.S. groundskeeper who worked with the product won a lawsuit against Monsanto after his doctors testified the herbicide likely caused his terminal cancer. The verdict brought previously unseen Monsanto documents to light, which the judge said proved the company knew its products were “dangerous.”

The province’s Environment and Climate Change Department said companies using glyphosate have to follow rules that “ensure safe use” and that Health Canada has evaluated glyphosate “twice in recent years and found it to be acceptable when used according to the label.”

As of Wednesday, protesters are camped out around or on 10 aerial herbicide spray sites in N.S., adding to a smaller number of occupations that have been up since Sept. 1.

“Our role is to issue the approvals for its use in the province, conduct audits to ensure full compliance for safe application, and notify municipalities and First Nations when pesticide approvals have been issued for sites in their communities,” said the department.

Don’t Spray Us! said both Kings and Annapolis municipal councils have agreed to ask the province for a moratorium on all future aerial glyphosate spraying in the province — even though they don’t have jurisdiction, they hope pressure will be helpful for the cause. This year, the province approved 2,306 hectares for spraying by ARF Enterprises Inc., J.D. Irving Ltd., and Wagner Forest NS Ltd. For reference, one hectare is around 2.5 football fields in size. The “proposed time frame” from the province goes until Sept. 30, but approvals don’t expire until Dec. 31.

Spraying also occurs in other areas of Canada. In nearby New Brunswick, citizen groups such as Stop Spraying NB campaign for glyphosate-spraying bans, and Indigenous leaders have spoken out against the chemical, saying it harms human health and impacts traditional food and medicine sources.

Andrée-Anne Bédard of Baxter’s Harbour says the regulations governing spraying are not being followed. She wasn’t given adequate notice that glyphosate spraying was approved closer than 500 metres from her property. That spray was ultimately cancelled by the government, but Bédard wonders if there were other cases where people weren’t notified of spraying close to their homes.

“It was not an easy or a transparent process to find the facts, and then [the province] was willing to make a deal with ARF [the company] to change their spray boundaries. They should be fining companies that fail to follow their safety regulations, not making deals,” she said.

“In the end, the landowner decided to hire people with saws instead of spraying. So there is an alternative. This aerial spraying should not be allowed.”

wrote to my mayor in Barrie

wrote to my mayor in Barrie where the city and county are still spraying roadsides with glyphosate this year to kill insects ! apparently. the chance of West Nile from mosquito bites
( protect yourself with clothing, or spray yourself is the alternative) is worse than death by cancer from glyphosate

Glyphosate is a herbicide. It

Glyphosate is a herbicide. It is not used to kill insects.

It should be obvious by now

It should be obvious by now that agri-chem lobbyists still have the ears of our federal and provincial governments, while those governments cynically pay lip service to what medical and environmental scientists continue to warn. This is a very troubling reality that affects a vast array of our public policy and acts against the public interest of our unaware majority. It should be noted that in 2013, the Quebec Ministry of Health was cited in our msm for stating that 30 per cent of fetal cord blood it tested showed evidence of glyphosate. What I do not recall is whether there was associated geographic mapping of the blood samples.
If exclusively urban sourced samples demonstrated residue, then the exposure was likely from food, since this product is used on many of our crops to accelerate ripening for harvest.

I moved from Ontario to Nova

I moved from Ontario to Nova Scotia hoping to find people who would care more about the environment and protect this stunningly beautiful place in the world. But covering paradise with a blanket of deadly glyphosate sadly shows that stupid can be found here in Nova Scotia too ( though it would be difficult to find anyone who has done more damage than Ontario's premier Doug Ford who hates the environment and can' t seem to destroy it fast enough. ) My disappointment is huge hearing horror stories about the spraying of massive areas of land with this poison. I actually believed that East Coast people cared about the health of this planet !