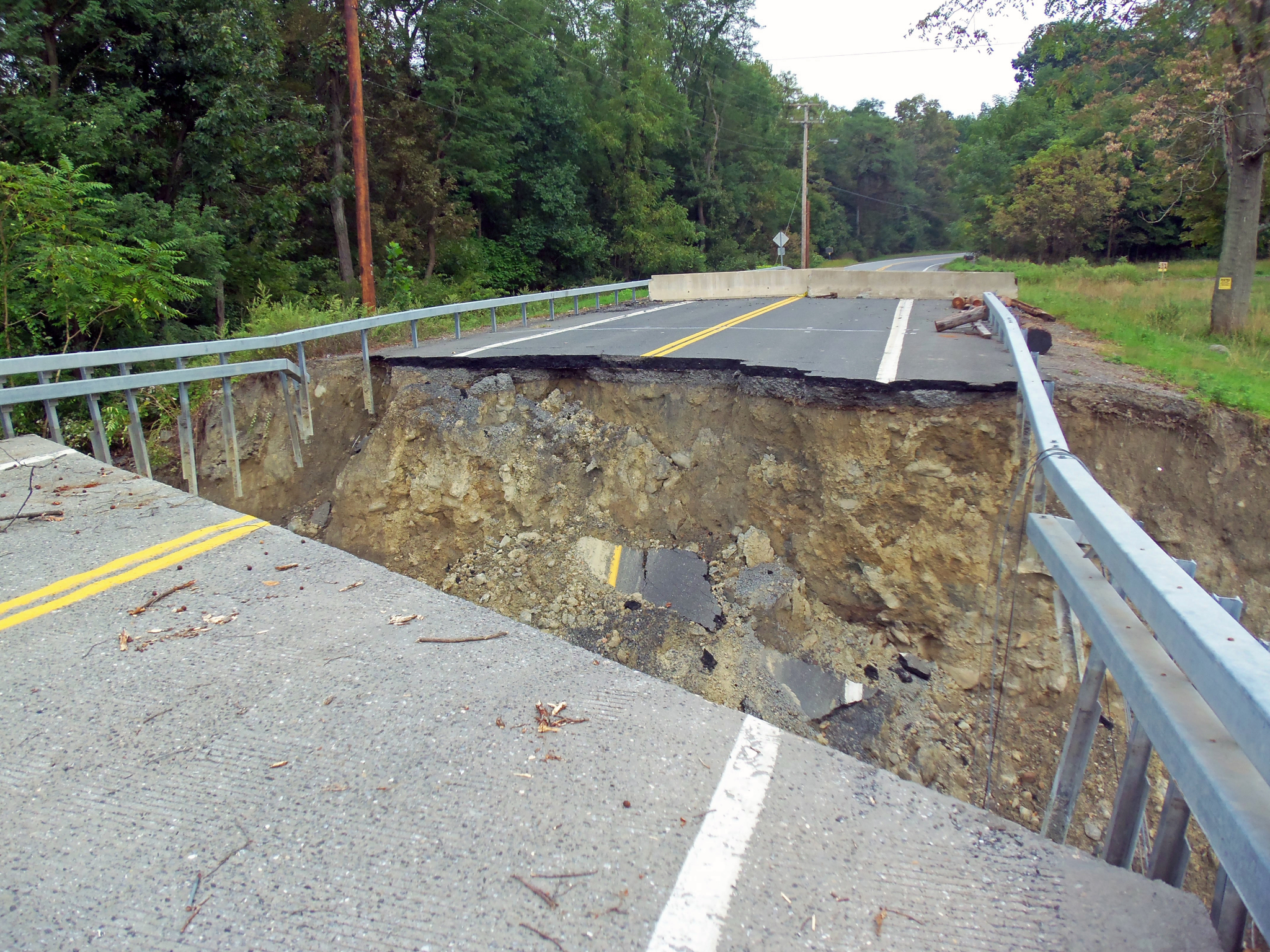 Ontario can save billions by proactively adapting transportation infrastructure for climate change, says its financial watchdog, to avoid washouts like this one in New York. Photo by Daniel Case/Wikimedia Commons (CC BY-SA 3.0)
Previous story

It’s a matter of short-term pain for long-term gain — or, at least, less pain — when it comes to readying Ontario’s public transportation infrastructure to withstand the changing climate, the province’s financial watchdog says in a new report.

The Financial Accountability Office of Ontario (FAO) estimates climate change will raise the cost of maintaining the province’s public transportation infrastructure by an average of $1.5 billion a year over the next nine years.

In the longer term, the report noted costs will depend on how much the climate changes, but in both medium- and high-emissions scenarios, it is cheaper to proactively adapt infrastructure than to wait to react.

“Adapting public transportation would add between $110 billion to $229 billion to infrastructure costs relative to a stable climate scenario by 2100,” it estimated. “While these additional climate-related costs are significant, they are less expensive for provincial and municipal governments than not adapting over the long term.”

Of Ontario’s $330 billion worth of public transportation infrastructure, 82 per cent is owned by municipalities, while the province owns the other 18 per cent.

“Given the long useful lives of public transportation infrastructure, late-century climate conditions are relevant to adaptation decisions being made now,” noted the report. “These decisions will impact public infrastructure costs now, and throughout the century.”

The extent to which the province needs to adapt to climate change is considerable, according to the report. For example, Ontario had on average four days a year when the mercury exceeded 30 C between 1976 and 2005. That’s projected to be 34 days per year by 2071-2100.

Peter Tabuns, interim leader of the official Opposition NDP, said in a statement that Ontarians are already paying for the climate crisis through cleanup bills for floods, tornadoes and damaged properties and that the costs will get higher if the province doesn’t invest in adapting infrastructure.

“[Premier] Doug Ford’s anti-environment crusade is deepening the climate crisis, which will cost us a fortune,” said Tabuns.

It’s a matter of short-term pain for long-term gain — or, at least, less pain — when it comes to readying Ontario’s public transportation infrastructure to withstand the changing climate, the province’s financial watchdog says in a new report.

“We can’t keep wasting time dawdling on meaningful climate action. The longer Ontario takes to get serious about the climate crisis, the more the province will pay for the consequences,” he added, calling on the government to commit to adapting infrastructure.

Ontario Green Party Leader Mike Schreiner, whose request triggered the FAO report, said in a statement that he hopes money, if not “doing the right thing,” will get the government to act.

“It is morally and fiscally irresponsible for the Ford government to refuse to address or adapt to climate change in any meaningful way,” said Schreiner. “It will hurt our pocketbooks and our kids’ futures.”

Studies conducted by the previous Liberal government suggested Highway 413 and the Bradford Bypass, two of the Ford government's pillar highway projects, would reduce commute times by mere minutes. Other studies posit that building more and larger highways does not reduce gridlock but rather just draws more vehicles.

"Our government will continue to fight climate change with new initiatives that are flexible to the opportunities, needs, and circumstances of Ontarians,” said Robinson.

The report is one instalment of the FAO’s ongoing Costing Climate Change Impacts to Public Infrastructure project.