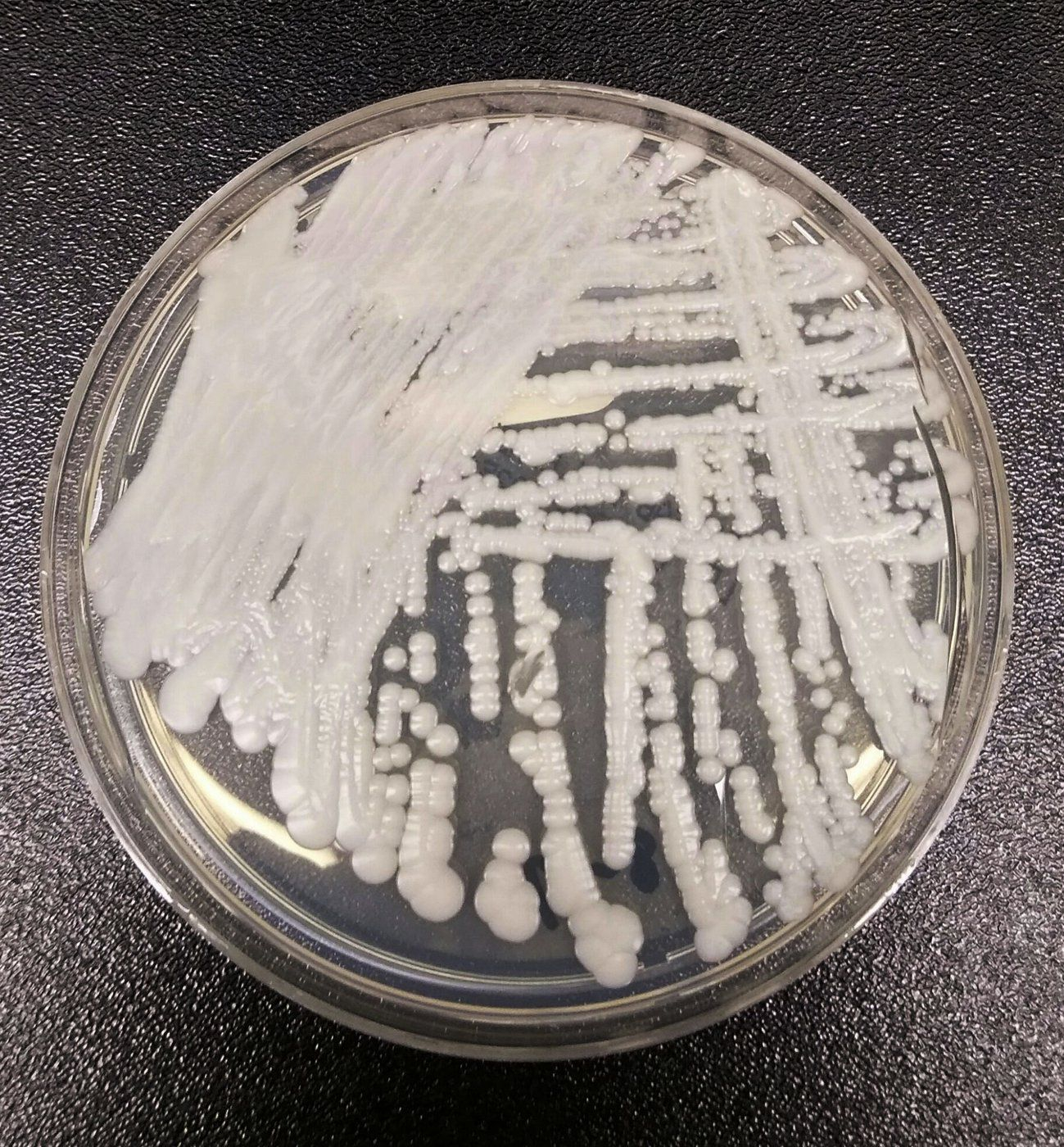 This undated photo made available by the Centers for Disease Control and Prevention shows a strain of Candida auris cultured in a petri dish at a CDC laboratory. File photo by The Associated Press/Shawn Lockhart-CDC via AP
Previous story

A dangerous fungus known for its resistance to treatment was detected earlier this month at a hospital in Longueuil, Que., on Montreal's South Shore, health authorities said Thursday.

Since Sept. 8, officials have identified two cases involving patients carrying Candida auris at Hôpital Pierre-Boucher. Neither of them, however, have developed a dangerous yeast infection tied to the fungus. Officials said one of the patients — and their close contacts — was placed in isolation.

Regional health spokeswoman Caroline Doucet says the hospital has instructed certain staff to wear personal protective equipment, to wash their hands frequently and to employ other disinfection measures. All patients who have been in close contact with the two cases have been tested, and the hospital remains safe for users, the health agency said Thursday.

According the United States Centers for Disease Control and Prevention, Candida auris is an emerging fungus that is considered a serious global health threat because it is often resistant to multiple antifungal drugs, is difficult to identify with standard laboratory testing and can trigger outbreaks in health-care settings.

Federal Health Minister Jean-Yves Duclos says he is concerned about the presence of the pathogen in Quebec and has asked federal public health officials to quickly collect information from the provinces to obtain a better portrait of the situation.

Dr. Simon F. Dufresne, a microbiologist and infectiologist specializing in medical mycology, said it's quite possible Candida auris is more present than has been detected, adding that the province has the proper equipment to identify various strains.

Dufresne said experts in identifying fungi have been expecting for about five years to identify cases in Canada. An article published by the Public Health Agency of Canada in November 2018 had warned doctors about the possible presence of Candida auris and called on authorities to report cases to health authorities.

The fungus was identified for the first time about a decade ago, said Dr. Donald Vinh, an infectious diseases specialist and medical microbiologist at the McGill University Health Centre. People can carry Candida Auris without realizing it because it is benign and doesn't produce symptoms, he said. It becomes problematic, however, when it enters the bloodstream, he added.

"When that happens, these patients are in trouble," Vinh said, adding that people can become seriously ill, with symptoms like fever, dropping blood pressure, respiratory issues and even organ failure.

“We must turn to more innovative treatments, such as combinations of antifungals," Vinh said.

This report by The Canadian Press was first published Sept. 22, 2022.