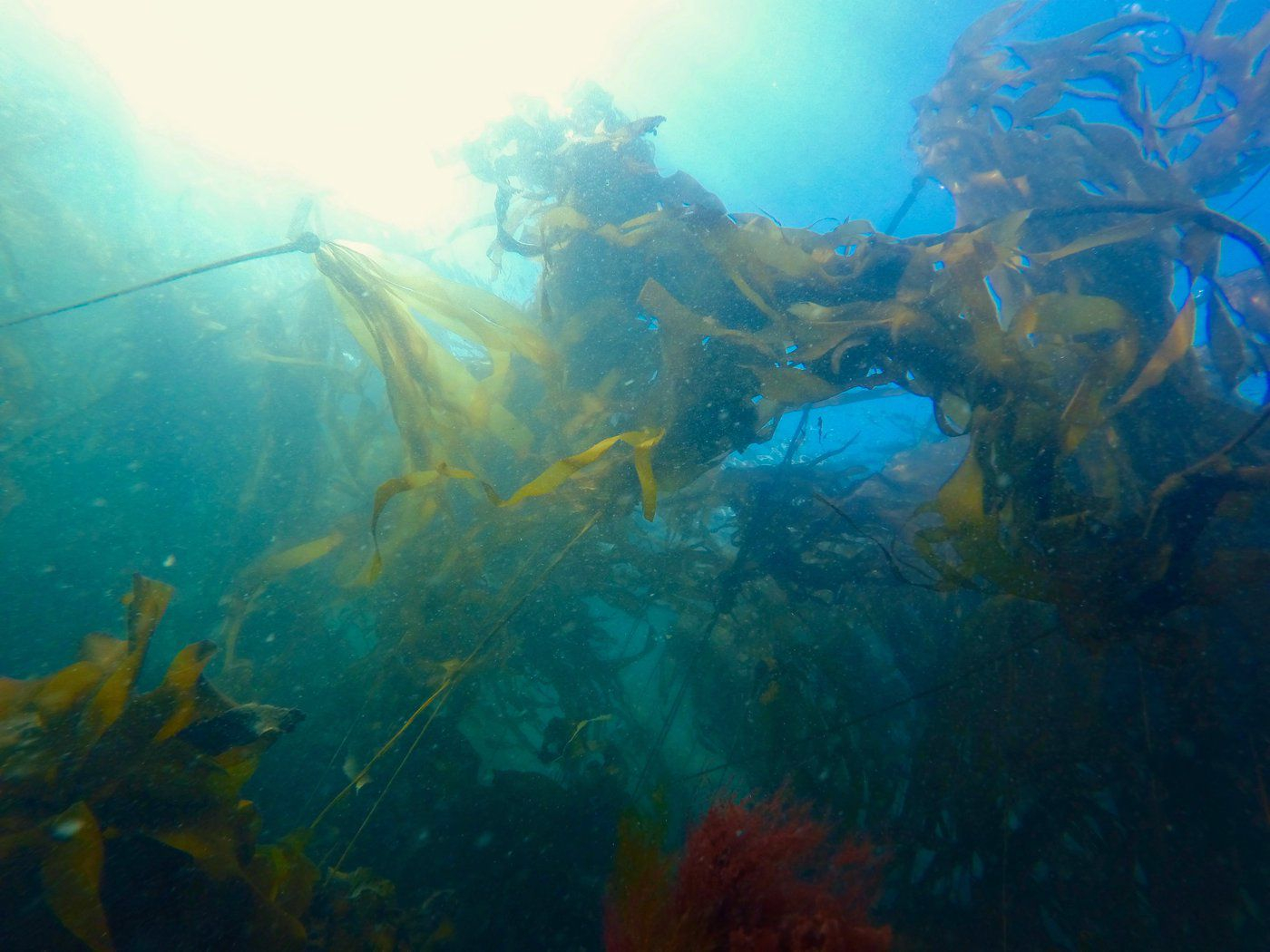 A bull kelp forest is seen underwater near Victoria in a May 13, 2015, in this handout image. Handout photo by Liam Coleman
Previous story

For Liam Coleman, scuba diving in B.C. waters is like taking a weightless walk in the woods.

"It's a really beautiful, quite special experience to go diving into kelp forests …. It's like you were walking weightless in space, but it has a forest around you," said Coleman.

After getting past the cold water, Coleman sees schools of fish swimming through the forests, golden sunlight reflecting through the water past the rows of kelp, and once in a while, a seal or sea lion comes by to surprise him.

The most magical part is life blooms where the kelp forests live, said Coleman.

The kelp, which can grow 20 to 30 metres tall from the ocean floor, provides food and shelter for thousands of marine species while absorbing carbon from the atmosphere.

However, climate change and other factors are chopping away at the undersea forests in some parts of the world.

Coleman, a post-doctoral fellow at Simon Fraser University's department of biological sciences, is working with fellow scientists to find a way to help save kelp forests for future generations.

He and a team of researchers at the university have developed a cryogenic freezing technique to store seeds of the at-risk bull kelp in a biobank.

The biobank can keep the kelp seeds in perpetuity, allowing kelp farmers, community groups and environmental organizations to access samples and reintroduce them to the oceans in the future, Coleman said.

Sherryl Bisgrove, the project's lead biologist, said the technique allows researchers to preserve the biodiversity of the kelp forests with little maintenance in case they become extinct in the future.

"Storing kelp is really important because warming temperatures — especially when they come in the form of heat waves like we have had in recent history — is devastating to some of the kelp forests," said Bisgrove, an assistant professor of biology at Simon Fraser University.

"They promote fisheries output by supporting the development of salmon populations and other economically important fish. They fix (absorb) large amounts of carbon from the atmosphere and therefore may possibly have a role to play in combating climate change in the future," said Coleman.

But the kelp forests are in decline. Australia has lost up to 95 per cent of its kelp forests in some areas in the past 80 years. Puget Sound, off Seattle, has also experienced substantial losses of bull kelp over the last century.

The forests are also diminishing in Barkley Sound off Vancouver Island's west coast and off Hornby Island, a B.C. Gulf Island, said Bisgrove.

Coleman said the consequences of losing kelp forests include shoreline erosion, a decline of water quality and the decrease of the wild salmon population, since the fish rely on kelp forests for survival.

As scientists, Bisgrove said witnessing what's going on in the world creates an urgency to save as many kelp species as possible by gathering their seeds while they're still alive.

"We have the technique," said Bisgrove. "What we need to do now is start collecting the populations that are still there before they disappear."

Bisgrove's team also sees the biobank as part of the solution to restore the forests.

"Once we established our collection of different species, we'd be able to supply material to farmers, and community-based groups and other parties that are interested in restoring kelp," said Bisgrove, adding that scientists can also use these resources for research.

Although the team has the cryopreservation technique ready, it is also looking for funding to secure a facility for the biobank.

Bisgrove said they are currently storing samples in the university's lab.

If they have a permanent facility, they can store the kelp species they have now and also extend the biobank to restore as many other coastal species as possible, such as seaweeds and seagrasses that are important for habitats on the coast, she said.