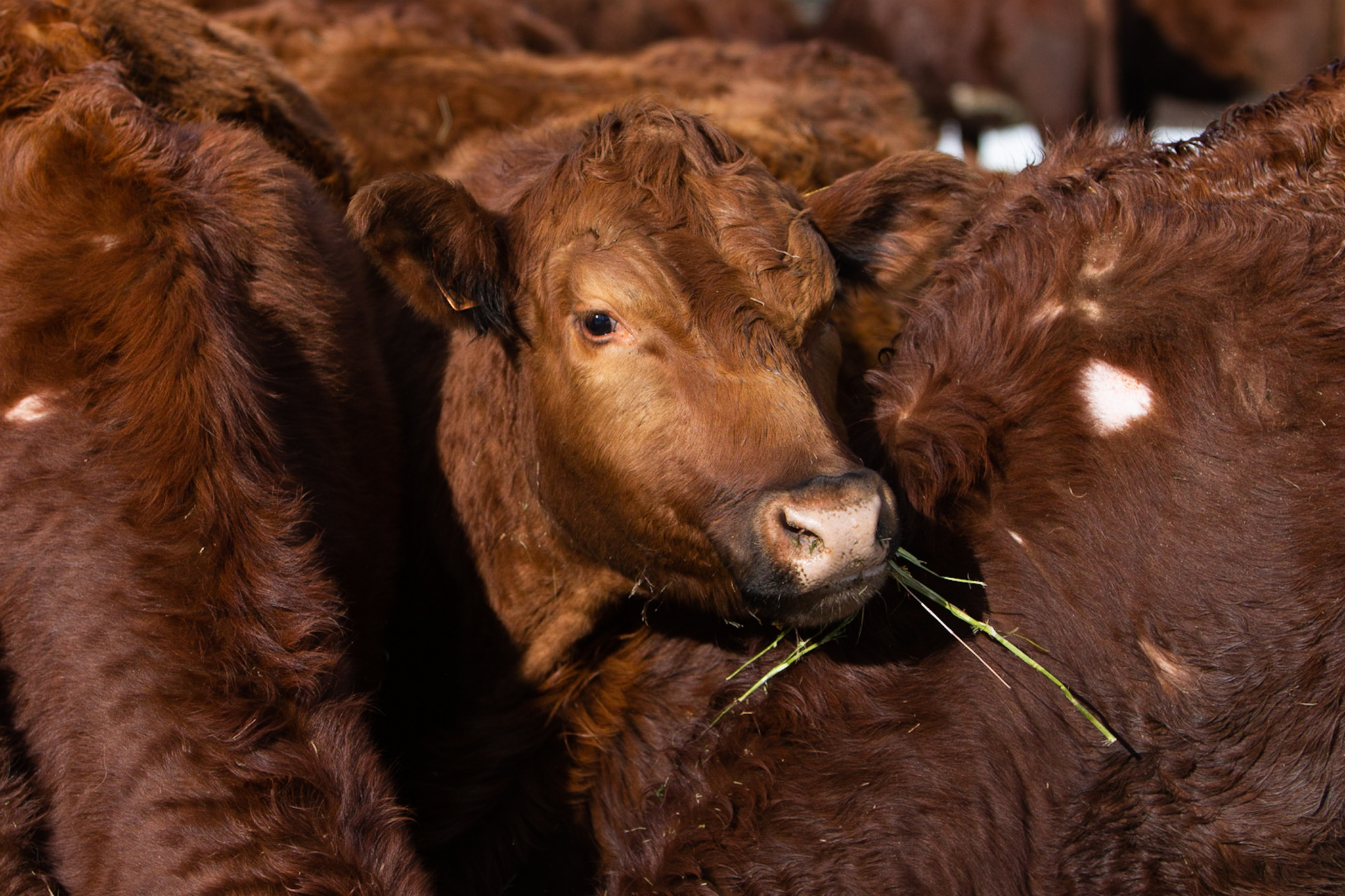 About a third of Canada's methane emissions come from agriculture, most of which can be traced back to burping cows. Photo by Jesse Winter/National Observer
Previous story

Methane emitted from the burps and manure of about 75,000 cows in a massive Brooks, Alta., feedlot is the 11th highest source of the gas nationwide after a handful of oil and gas facilities and landfills.

The rankings, pulled from 2018 federal methane emissions data, were released in a recent analysis by a team of researchers based at the University of Edinburgh. They drive home the outsized impact meat production, especially beef, has on greenhouse gas emissions.

Agriculture is responsible for about a third of Canada's methane emissions. Most come from enteric fermentation — cow burps — which can be mitigated with different types of feeds and selective breeding but can't be eliminated entirely.

An inevitable biological function of ruminants like cattle, the most effective way to reduce the impact of these burps is by reducing how many animals we produce. Despite the link between emissions and herd sizes, the federal government has remained largely silent on the problem.

"What regulations?" said University of Ottawa professor Ryan Katz-Rosene, an expert on climate change policy and livestock. He said the federal government has implemented regulations and targets to reduce methane emissions from the fossil fuel and waste industries. Efforts to tackle them in agriculture have largely rested on incentives for farmers, not more stringent regulations.

Canada last year joined the Global Methane Pledge, a non-binding agreement signed by about 100 countries to reduce global methane emissions 30 per cent by 2030.

Details of how Canada plans to help in the effort were released in September, with a plan to curb the country's methane emissions by between 40 and 45 per cent within eight years. The bulk of these reductions are slated to fall on the oil and gas and waste management sectors, with government projections showing minimal changes in methane emissions from farming.

That's no surprise. Capturing methane from oil and gas facilities is technically easy and profitable because it can be burned to produce heat or electricity. That's "a lot harder to do" with ruminants, explained Katz-Rosene.

Researchers are trying to create feeds that reduce the amount of methane cows emit from their digestive systems, and some cattle breeders are trying to breed animals that emit less of the gas. Growing cows faster and more intensively also reduces their total emissions because they get to market size faster. Scientists have even designed "weird" apparatuses that fit over cows' noses and try to capture their methane emissions.

However, the easiest way to reduce methane from livestock is to reduce demand — like raising fewer cows. It's an approach the federal government has yet to take.

Methane emitted from the burps and manure of about 75,000 cows in a massive Brooks, Alta., feedlot is the 11th highest source of the gas nationwide after a handful of oil and gas facilities and landfills.

Only a handful of countries have started considering that approach, said Ben Lilliston, director of rural strategies and climate change at the Institute for Agriculture and Trade Policy, an American environmental group. New Zealand, a major dairy and meat producer, is leading the change with the announcement earlier this year of plans to tax methane emissions from livestock, he said.

Canada has yet to implement these kinds of measures, preferring instead to focus on offering incentives to farmers who reduce their emissions and investing in research on ways to reduce the impact of livestock. Still, the easiest — and most effective — way to tackle the problem is simply reducing demand, Katz-Rosene said.

While I agree that yeah, I

While I agree that yeah, I should eat less meat, some of the feed solutions seem to result in much more drastic improvements than this article suggests. It seems adding a bit of certain kinds of seaweed to cow feed reduces their methane output by 82%. That seems worth pursuing. May be more practical than expecting Conservatives to all turn vegetarian.

Reducing òur gluttinous over consumption of animal fats would extremely reduce environmental impact, our health and consequent cost to our health system, and address the horrendous inhumane abuse on factory farms of sentient animals. Nobody is suggesting that everybody needs to become vegan or vegetarian, however IDEAL that would be but rather become more environmentally conscientious and kinder towards animals and improve our own health. WHY IS THAT SO HARD TO GRASP similar to transitioning away from oil and gas .....Key words "Transition", "Reduce" , be "Kind" and "Responsible" for the next generation.

Reducing demand for beef and

Reducing demand for beef and all animal agriculture has so many positive impacts. One of course is to reduce methane emissions, second and equally as important is to advocate for better eating habits and in doing so improve our general health, as it is no secret that our gluttonous consumption of animal agriculture is no 1 health problem in our country. EQUALLY important reducing consumption/ demand / massive production of animals on factory farms would address the enormous shortcomings in our animal welfare laws, something extremely important to MILLIONS of Canadians who advocate against the rampant abuse, pain and suffering currently allowed on farms. Canada's own National Food Guidelines clearly advocates for less meat and dairy consumption due to esculating national poor diet habits of people and the consequent cost to our health system. SO IF OUR GOVERNMENT MINISTRIES WOULD COLLABORATE and put a plan together on all 3 levels
1. ENVIRONNENTAL IMPACTS OF REDUCING METHANE
2. HEALTH IMPACTS TO GO ALONG WITH THE ALREADY IN PLACE CANADA FOOD GUIDE
3. REDUCING PRODUCTION/DEMAND AND ADDRESSING THE VERY SUBSTANDARD ANIMAL WELFARE LAWS.
SEEMS TO ME TO MAKE A WHOLE LOT OF SENSE
AND COST SAVINGS AT EVERY LEVEL.
ONE very difficult concern might be getting the farm lobby to ever cooperate on anything that would make sense , to help our environment, to help Canadians reduce their "Trans fat intake" , or care about the extreme suffering of animals BECAUSE THEIR BOTTOM LINE IS HIGH YEILDS MORE PROFITS......Sadly not much thought is given to creating a better world much like the entire Corporate world. What we need is a war on GREED as it is surely killing us all, living in REAL TIME CLIMATE CHANGE does not appear to impact the consciousness of the Corporate World or the Governments who do not stand up to their unethical greed and continue to be bought off at our expense or should I say the next generations expense. WHAT A LEGACY THEY ARE LEAVING!!!