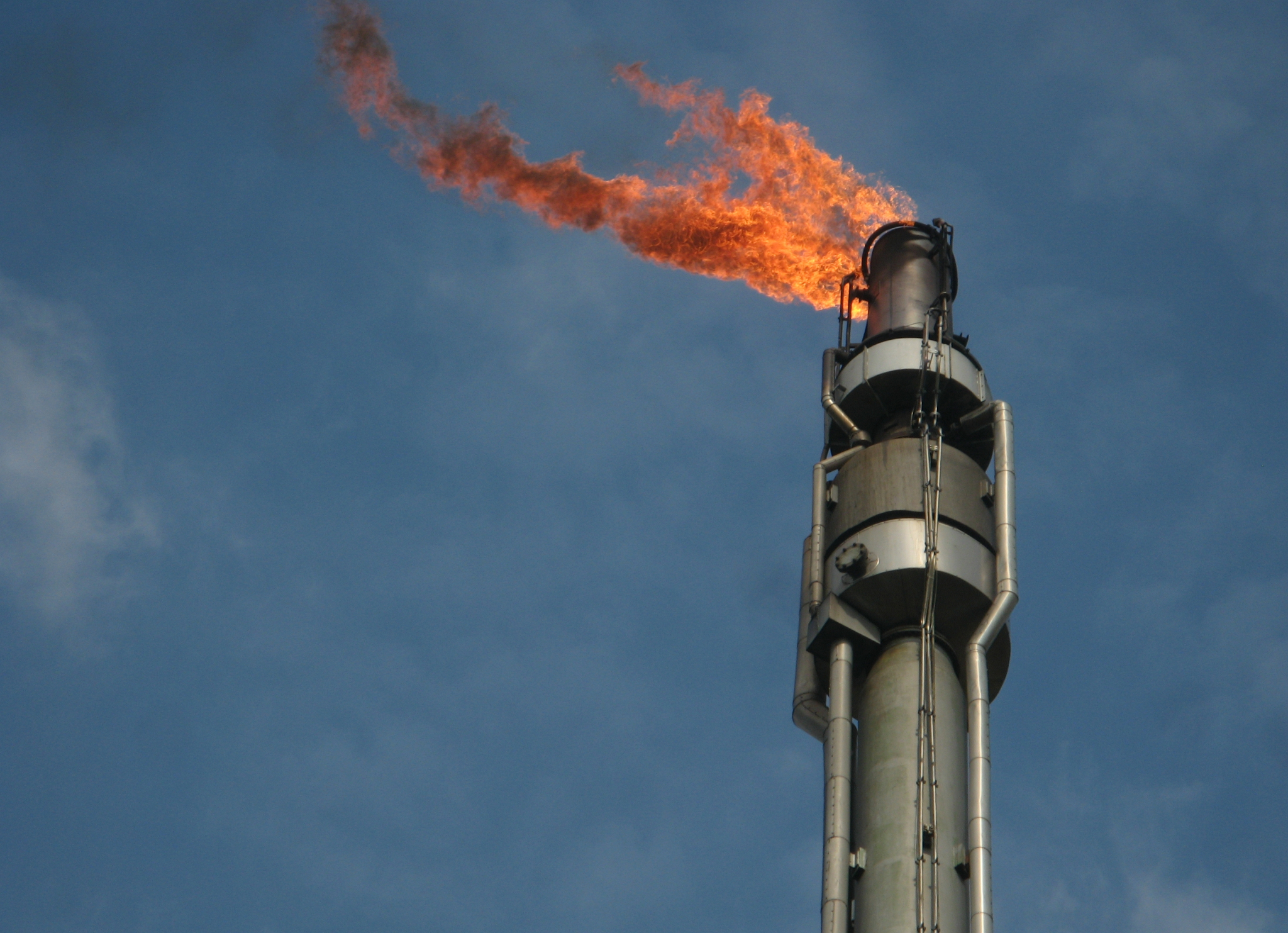 Canada is committing to slashing methane emissions from the oil and gas sector as part of a global effort to curb the powerful greenhouse gas. Photo via Dirk Franke / Wikimedia Commons (CC BY-SA 2.0)
Previous story
Next story

Canada is committing to slash methane emissions from the oil and gas sector by 75 per cent as part of a global effort to curb the powerful greenhouse gas.

On Monday, Canada announced it would support the Global Methane Pledge, an initiative recently launched by the United States and the European Union that aims to reduce methane emissions 30 per cent from 2020 levels by 2030 economy-wide. Because the oil and gas industry is a major source of methane emissions, Canada’s 75 per cent reduction target for the sector, compared to 2012 levels, is understood to be vital for meeting the international pledge’s target.

“This is a critical year for climate action and Canada is proud to be among the early supporters of the Global Methane Pledge, a critical initiative that will increase global action to fight climate change,” said Environment and Climate Change Minister Jonathan Wilkinson in a statement.

“Climate change is accelerating, and Canadians expect ambitious action to address it,” he added.

Canada is one of 24 countries to recently join the pledge, following its launch and initial support from Argentina, Ghana, Indonesia, Iraq, Italy, Mexico, the United Kingdom, the U.S., and the EU. The news comes ahead of major UN climate talks set to take place in Glasgow, Scotland, starting at the end of this month.

“Momentum is building for a methane moment at Glasgow. Cutting methane pollution is the fastest opportunity we have to help avert our most acute climate risks, including crop loss, wildfires, extreme weather, and rising sea levels,” said Environmental Defence Fund president Fredd Krupp in a statement.

The 75 per cent methane reduction target is referenced in the Liberals’ 2021 campaign platform and represents an extension of a previous promise to reduce methane emissions from the oil and gas sector 40 to 45 per cent below 2012 levels by 2025. Modelling shows without a change of pace, Canada is projected to hit a 29 per cent reduction of methane emissions by 2025.

Methane is a critical greenhouse gas to focus on because it breaks down faster in the atmosphere compared to carbon dioxide but is 80 times more powerful for driving the greenhouse effect. In other words, there is growing pressure to focus on methane in the short term because it will slow the pace of global warming.

The Intergovernmental Panel on Climate Change’s most recent report specifically highlighted methane as an important short-term priority for the world to keep its grip on a climate-safe future.

Pembina Institute senior analyst Jan Gorski says cutting methane emissions from the oil and gas sector 75 per cent will be critical for meeting the broader economy-wide goal of a 30 per cent reduction by 2030 compared to 2020 levels.

The science is clear that cutting methane emissions is critical to avoiding a climate catastrophe. Is Canada doing enough? #cdnpoli #cop26

“Those two (targets) go hand in hand you could say, because ... oil and gas methane is one of the cheapest, most feasible opportunities to cut methane emissions,” he said.

That’s because in the oil and gas industry, methane emissions generally come from two places. One is the intentional venting, or flaring, of the gas into the atmosphere. The second is when methane leaks from things like pipes and storage tanks.

Other than reducing oil and gas production, one of the leading ways to reduce methane emissions is to install technologies that can capture the leaking methane at various points in the supply chain, like when it’s compressed into liquid form for transportation. That has a secondary effect of giving the companies more product to sell.

“There are many cases where reducing methane emissions actually makes these companies money because they're putting more gas into the pipeline, and they can sell that gas,” said Gorski.

“What we see in Canada is that despite the fact negative or low-cost (methane reductions) could be achieved through regulations, the federal government last year set up a $750-million emission reduction fund (that) is paying companies to reduce their methane emissions,” she said.

“These are technologies that allow companies to have less leakage and, therefore, more product they can sell,” she said. “So we're subsidizing their ability to generate more profit from their products.”

At the time the fund was announced, Natural Resources Minister Seamus O’Regan called it a way to reduce emissions while protecting the competitiveness of Canada’s oil and gas sector. Specifically, the regulations were expected to save oil and gas producers over $1 billion worth of gas between 2018 and 2035.

Gorski said an international pledge to curb methane emissions makes the competitiveness concern less relevant because other jurisdictions are moving in that direction, too.

“The biggest lever we can pull is regulations, and one of the concerns we hear is that regulations that are too stringent might reduce the competitiveness of our oil and gas sector,” he said.

“But this pledge shows that other countries are actually acting to address methane,” he added, pointing to the Environmental Protection Agency in the U.S. that is working on new rules.

While there are many ways to reduce methane emissions in the sector by using new technologies and increasing inspections for leaks, Levin says the elephant in the room is still oil and gas production.

“If we reduce our production of oil and gas, we'll reduce methane leakage,” she explains.

Despite a Liberal campaign promise to cap oil and gas emissions and ratchet them down over time, there is still no plan to manage a decline of the sector altogether. Instead, Ottawa is exploring ways to include the oil and gas industry in carbon capture plans and the development of a blue hydrogen sector. Blue hydrogen refers to hydrogen produced from natural gas, using carbon capture technology, and would necessitate increased natural gas extraction.

“It's what this government has done for the past six years,” said Levin.

The World Bank is leading a global initiative to eliminate routine flaring by 2030, where it says annually about 150 billion cubic metres of methane is flared, emitting roughly 400 million tonnes of CO2 equivalent emissions. Of that, Canada is responsible for over one billion cubic metres flared each year.

This is somewhat encouraging

This is somewhat encouraging news, but I'm skeptical about the degree to which real reductions will take place. Once again, the Federal Government seems to be relying on carbon capture for these methane reductions, and this is not the answer.

I would like to have heard about methane reductions in BC's fracking industry (for natural gas) since it is responsible for significant methane release (fugitive gas). Better still, let's ban fracking like other countries have done (but this won't happen).

There's another elephant in

There's another elephant in the room: methane emissions from animal agriculture.

"Reported methane emissions from animal agriculture underestimate the actual level of emissions in the atmosphere, a new environmental study finds. A joint study by New York University and Johns Hopkins University found that the bottom-up method of methane emission testing used in Canada and the United States does not properly reflect emissions in the atmosphere, meaning they could be between 30 per cent to 90 per cent higher than what is reported." -- https://www.ctvnews.ca/climate-and-environment/methane-emissions-from-an...

Before his unfortunate defeat in the recent federal election, Green MP Paul Manly introduced a motion to have the government "(i) phase out subsidies to industrial-scale animal agriculture, including for crops grown strictly for livestock feed, and (ii) revise the Greenhouse Gas Pollution Pricing Act to bring the GHG emissions of the animal agriculture industry under its provisions." -- https://www.ourcommons.ca/members/en/paul-manly(89485)/motions/11455701

More to the point as to

More to the point as to whether or not we subsidize processes that can lead to profitable climate harm reduction measures, is that when that methane is burned, it still emits GWGs: there's no way around that, and also there needs to be a speedy end put to any public resources going into carbon fuel industries, as well as legislated limits on other enablers (funders, insurers, etc.)
I do confess that what I find confusing about this article is, "Pembina Institute senior analyst Jan Gorski says cutting methane emissions from the oil and gas sector 75 per cent will be critical for meeting the broader economy-wide goal of a 30 per cent reduction by 2030 compared to 2020 levels."
And let's remember that's 30% from 2005, and even if it were from 1990, it'd still be an inadequate target.
When ever did it happen that the economy-wide goal's baseline year became 2020? Canadian figures have always fudged the baseline date, using 2005 instead ... but