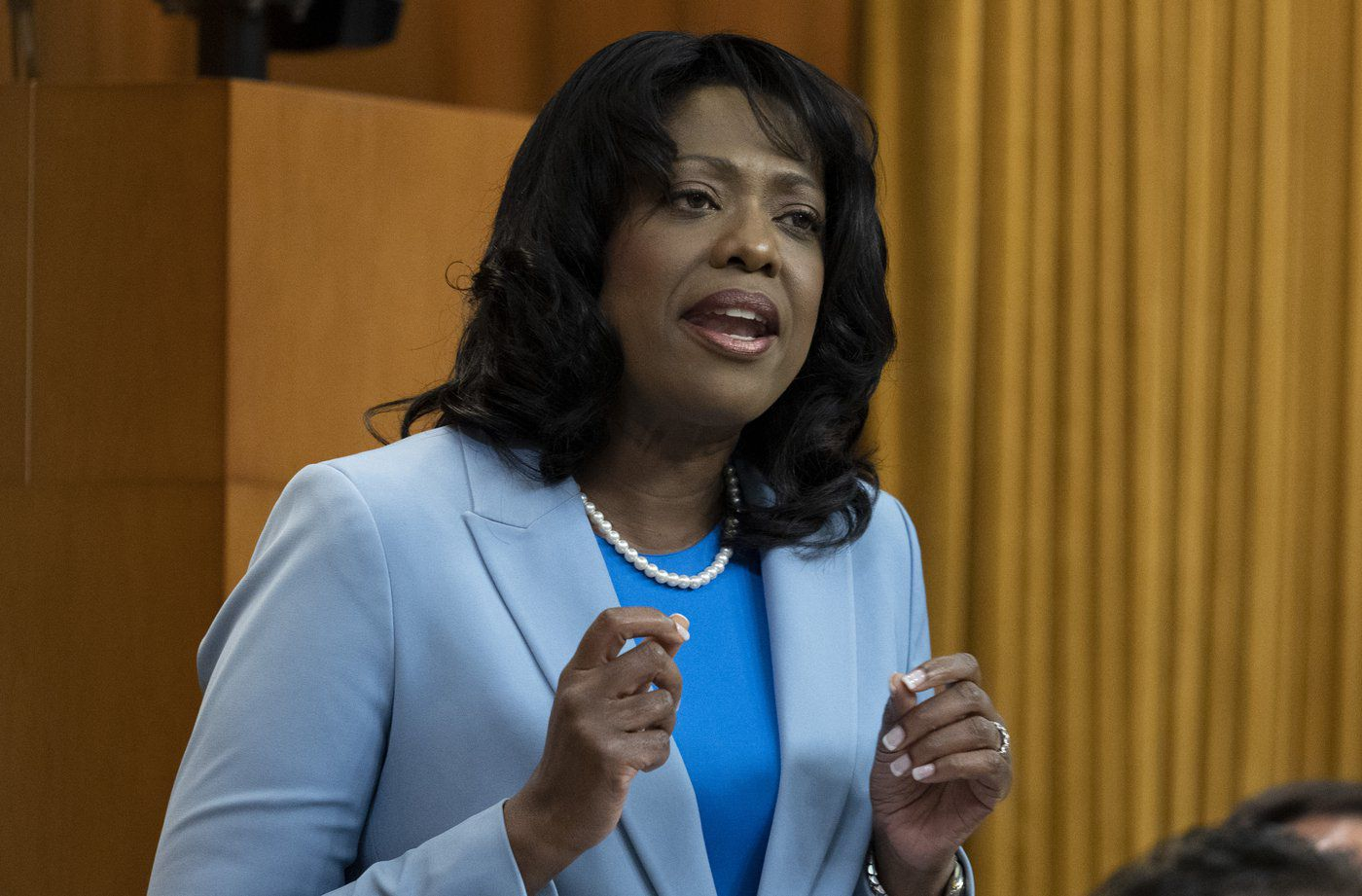 Ontario Conservative MP Leslyn Lewis said Tuesday she is confident Pierre Poilievre will ensure all of the party's caucus voices are heard, amid calls for him to name her to a critic role.

Lewis ran against Poilievre in the Tories' recent leadership contest and placed a distant third behind his resounding first-ballot victory.

She hails from the party's social conservative wing and during the race repeatedly attacked Poilievre for not talking about issues like abortion, which she and some others in caucus oppose.

Poilievre now faces calls from some anti-abortion organizations to name Lewis to a critic portfolio, as a sign of respect to the party's social conservative base.

Those include Campaign Life Coalition and RightNow, which endorsed Lewis as their top pick for leader and encouraged supporters to buy party memberships to vote in the race.

Poilievre already named his inner circle, and Conservative MPs are expecting him to reveal his wider roster of Opposition critics, also known as the shadow cabinet, after Thanksgiving.

Speaking briefly to reporters in Ottawa on Tuesday, Lewis confirmed she has met with Poilievre since the race ended last month, and said that "he did a lot of listening and not much talking."

"He wanted to hear what was on my heart, and was very respectful."

As for her future, Lewis said "it's important that Pierre puts the best person in the best position."

Lewis ran against former leader Erin O'Toole in the 2020 leadership contest, securing a much stronger third-place finish. She was elected to represent the riding of Haldimand-Norfolk in the 2021 federal election, but O'Toole did not give her a critic portfolio.

@LeslynLewis confident @PierrePoilievre will include all caucus voices, as he picks critics. #CDNPoli #CPC

Putting her on the backbench displeased many social conservatives, who became outspoken critics of O'Toole before his own MPs voted in February to remove him from the job.

Poilievre has promised that a Conservative government he leads would not introduce or pass legislation that restricts abortion. He also said he would continue to allow Conservative MPs to vote freely on matters of conscience.

Like Poilievre, Lewis is a popular figure among the party's grassroots.

Both supported last winter's "Freedom Convoy" protest in downtown Ottawa, and during the race each individually met Warrant Officer James Topp, an army reservist facing a court martial for publicly speaking out against the military's COVID-19 vaccine mandate while wearing his uniform. Topp led a march into Ottawa earlier this year.

Some of Lewis's positions, however, have raised eyebrows within the party, such as her focus on the World Economic Forum. The international non-governmental organization has become a target of conspiracy theories throughout the COVID-19 pandemic.

Poilievre has spent his first weeks as official Opposition leader driving a hard economic message against inflation and the cost of living, which he has made the Conservatives' top priority.

Besides Lewis, Poilievre also must decide where to put Scott Aitchison, a rural Ontario MP who finished last in the leadership contest.

There are 118 Conservative MPs in the House of Commons, including the leader, and Poilievre had the support of 62 of them during the leadership race, leaving him a long list of names to choose from when it comes to name his shadow cabinet.
This report by The Canadian Press was first published Oct. 4, 2022.