Legault's expanded majority was not built on votes from Montreal 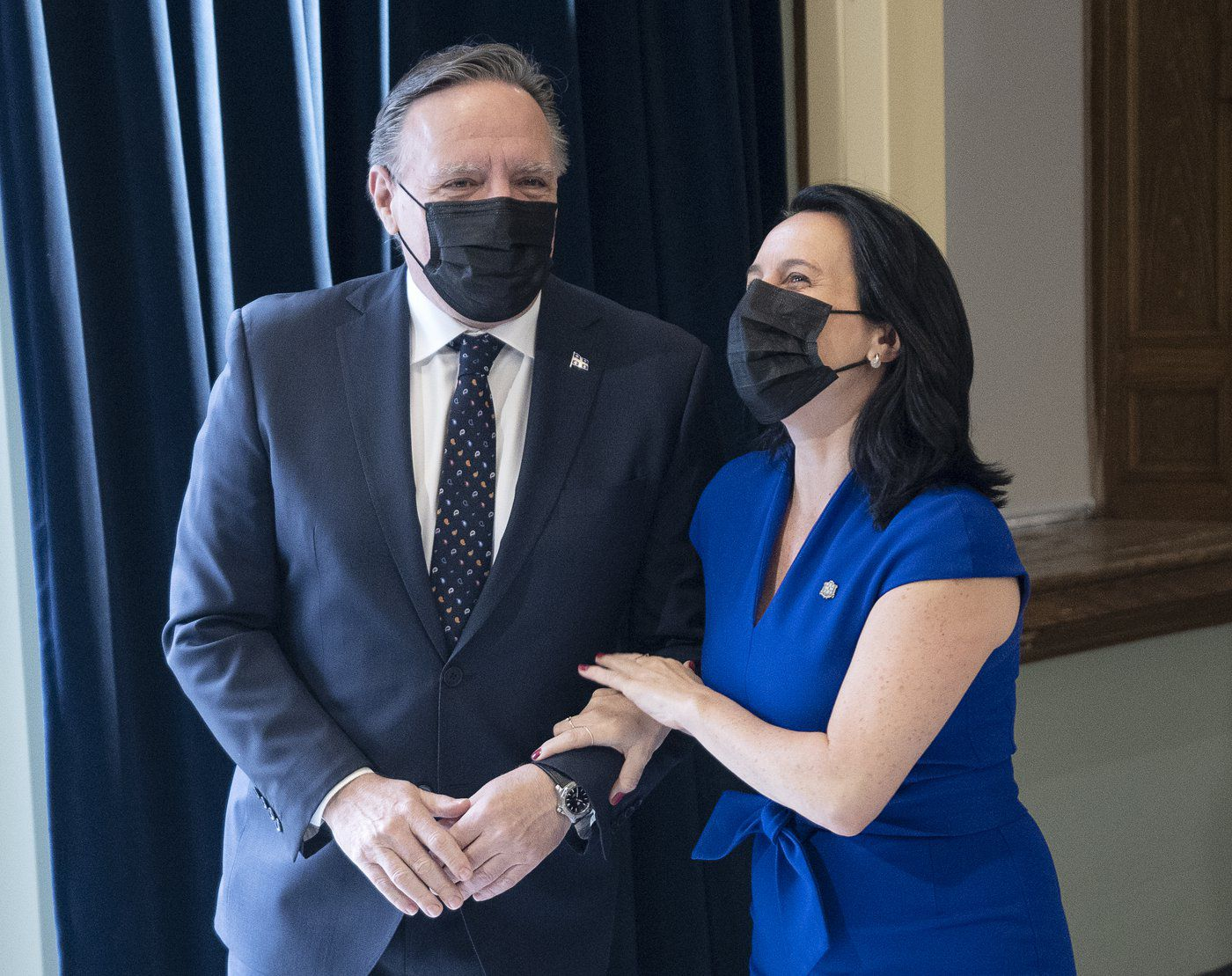 After Monday night's provincial election results, Montreal shows up on Quebec's election map as a small red-and-orange island in a sea of light blue.

The blue represents François Legault's Coalition Avenir Québec, which surged to a 90-seat majority in the 125-seat legislature. But as ridings around the province fell to Legault's centre-right party, Montreal voters largely stuck to the Opposition Quebec Liberals and to left-wing Québec solidaire -- the red and orange on the map.

And with the size of the provincial opposition reduced, one political expert suggests it could be Quebec's new generation of progressive mayors who will be Legault's true ideological "counterweight."

As it did four years ago, Legault's party won with only two ridings on the Island of Montreal. The CAQ picked up one new riding on the island's east end but lost another to Paul St-Pierre Plamondon, leader of the Parti Québécois.

Montreal Mayor Valérie Plante on Tuesday rejected the suggestion that the city is more politically isolated than ever, or that she intends to oppose the premier. She insisted that her left-wing municipal party — known for its environmental agenda and advocacy for affordable housing and for public transit — works just fine with Legault, whose base is located in the city's suburbs and who has made a major Quebec City transport link one of his signature promises.

"In the last term, a lot of people said it will never work, the CAQ and Projet Montréal," she said Tuesday, in reference to her party. "Well, it works, and it works because we want solutions, because we're pragmatic."

She said that in the past four years, her administration has partnered with Legault's government to advance important files, including a major public transit project in the city's east end.

She also pointed out that all four parties that won seats in the legislature are represented on the island and that three of the four leaders — Liberal Leader Dominique Anglade, Québec solidaire spokesman Gabriel Nadeau-Dubois, and the PQ's St-Pierre Plamondon — represent Montreal ridings. Several other newly elected legislature members have worked alongside the city in their past professional roles, she added.

Despite Plante's optimism, a glance at the map reveals the political gap between Montreal and the rest of the province.

One expert said that gap can be explained by demographics. Danielle Pilette, an associate professor of strategy, social responsibility and environment at Université du Québec à Montréal, says Montrealers are younger, more educated, and more racially and linguistically diverse than Quebecers in the rest of the province.

"Montreal is aging much more slowly than its suburbs, and CAQ electors are in large part baby boomers," she said.

Montrealers are less likely than other Quebecers to support legislation Legault brought in that strengthens French language laws and bans some civil servants from wearing religious symbols on the job. They're also more likely to have arrived to the province as a result of immigration — a topic that was contentious throughout the campaign.

Coalition Avenir Québec candidate Jean Boulet — the incumbent immigration minister — recently drew fire for saying that 80 per cent of the province's immigrants go to Montreal and don't work or speak French. Legault denounced the comments and said Boulet was "disqualified" from remaining in that portfolio in the new cabinet, but the premier was also forced to apologize for statements of his own in which he drew links between immigration and violence and extremism.

With a weakened opposition in the provincial legislature, Pilette suggests it could be up to mayors to provide the real "counterweight" to Legault by highlighting issues such as poverty and a lack of affordable housing.

"It allows them to do the work of opposition and to contest government programs that are not adapted to the reality of multicultural cities or populations that are less well off," she said.

While the province's governing party is relatively conservative, cities across Quebec are less so. Last year's municipal elections saw several cities across the province, including Longueuil and Sherbrooke, elect a host of younger mayors who increasingly put climate change near the top of their agendas.

Bruno Marchand, mayor of the traditionally conservative provincial capital, has expressed doubts about the main parties' highway-building ambitions. And while Plante and other mayors have been vocal on issues such as social housing and gun control, Pilette said mayors are limited by what they can do because they depend on the province to fund most major projects, including public transit.

Plante on Tuesday rejected any suggestion that it will be mayors who form the true opposition to Legault. "That’s not what we want, for very practical reasons."

However, Pilette said the mayors can still influence the political climate through their calls for funding, as well as through their decisions on distributing provincial funding for programs -- something that falls within their responsibility.

And despite Plante's stated desire to collaborate, Pilette said tensions will only rise between the province and its biggest metropolis if Legault chooses policies and cabinet ministers that favour the suburban areas around Montreal -- that voted massively for his party -- rather than the island.

This report by The Canadian Press was first published Oct. 5, 2022.