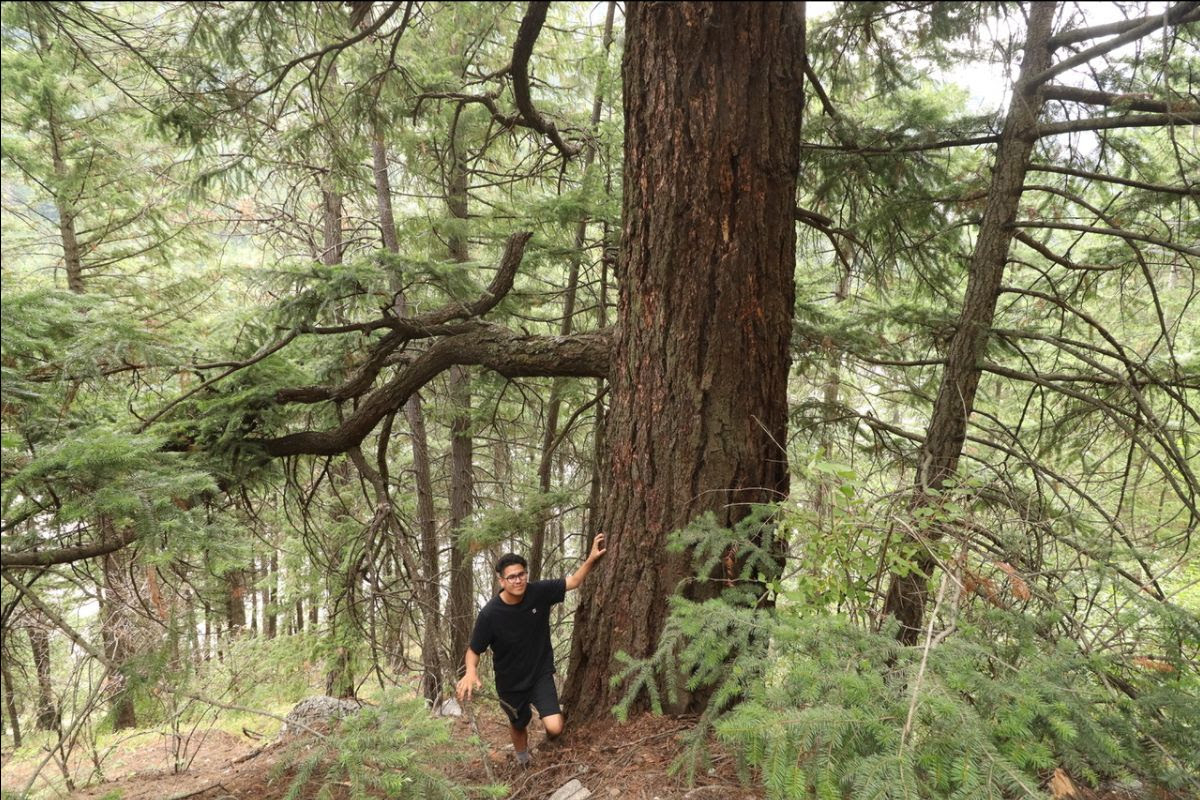 A rare section of diverse old-growth forest in B.C., where the coastal rainforest meets the dry interior, has been purchased by a conservation organization and handed back to the Kanaka Bar Indian Band to protect.

In August, the Nature-Based Solutions Foundation (NBSF) bought the eight acres known as “Old Man Jack’s” about 15 kilometres south of Lytton for $99,000 as part of an agreement it made with T’eqt’aqtn’mux First Nation, known as the crossing place people. The group intends to return the land with a conservation covenant.

“Not only does the purchase of Old Man Jack’s allow the community to gather the abundant food and medicine plants here, it gives us the opportunity to employ membership to heal ecosystems damaged by placer mining and other settler activities over the past couple centuries,” said Kanaka Bar Chief Jordan Spinks in the NBSF’s Oct. 11 press release. “The well-being of our lands, culture and people go hand-in-hand.”

Situated along the Fraser River by Siwash Creek, south of the Kanaka Bar A1 Reserve, the property could be one of the rarest and most diverse old-growth forests in B.C., containing some of the largest old-growth Interior Douglas firs in the country, western red cedars, Ponderosa pines, bigleaf maples and old-growth Rocky Mountain junipers.

Once title to the land is turned over to the First Nation, the conservation covenant will protect the historic trapper’s cabin and the many archeological and cultural sites on the property, as well as Canada’s largest Rocky Mountain juniper beside the property that’s on a parcel of land also owned by Kanaka Bar.

“The mouth of Siwash Creek has been a key fishing spot for the T’eq’aqtn’mux for millennia. By purchasing this property, people can fish here once again. We may even organize a camp for youth,” said Sean O’Rourke, Kanaka Bar’s lands manager in the press release.

The Kanaka Bar Indian Band intends to use this land for cultural, conservational, educational and potentially eco-tourism purposes. Community engagement on how exactly the land will be used and managed is underway.

There are also hopes to recover the endangered species of coastal tailed frogs and spotted owls in the area.

“To be able to both protect those lands from industrial resource extraction and support First Nations subsistence and cultural uses of those lands, while keeping the biodiversity intact, is one of the greatest expressions of environmental sustainability and social justice,” said NBSF co-founder Ken Wu in an interview with Canada’s National Observer.

The Nature-Based Solutions Foundation intends to give the land back to the First Nation whose territory it is with an upcoming conservation covenant. #OldGrowth #BC

The NBSF is a new national conservation charity that launched in November. It works to protect the most endangered ecosystems by filling funding gaps needed to expand the protected areas system.

This purchase is the first of other similar initiatives underway and is part of the Old-Growth Solutions Initiative, a collaboration between the NBSF, Endangered Ecosystems Alliance and Ancient Forest Alliance.

It's not enough for Poilievre to condemn misogyny. He must also promise to tackle online harms

There is a federal process

There is a federal process called “addition to reserve” whereby land can be added to a reserve. Is this process going to be used in this case?