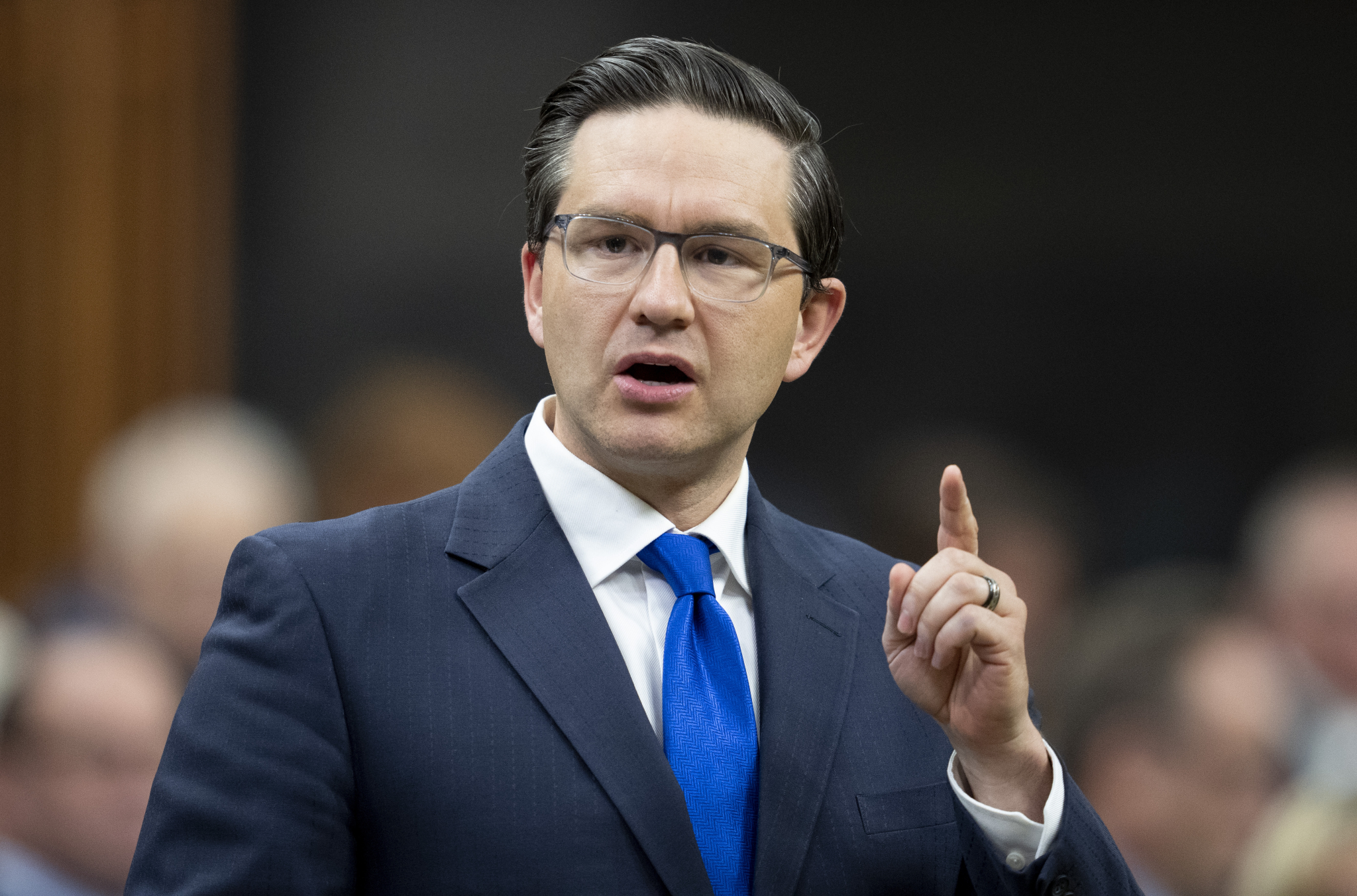 Conservative Party of Canada Leader Pierre Poilievre came under fire this week after a Global News report found at least 50 recent videos on his YouTube channel were promoted using the tag #mgtow, an acronym for the male supremacist movement Men Going Their Own Way (MGTOW).

The tags have since been removed, and Poilievre’s office claimed they were unaware of their existence. “Obviously, Mr. Poilievre condemns misogyny and all forms of online hate,” spokesperson Sam Lilly told Global.

Poilievre hasn’t apologized for the tags, nor offered explanations as to how they came to exist on his videos. (The Conservative leader has signalled support for other fringe conspiracy and far-right ideologies.) But the most recent revelations have sparked nationwide conversations about the disturbing mainstreaming of male supremacist ideologies and movements like MGTOW.

Men Going Their Own Way is a male supremacist movement similar to the more commonly known incel, or involuntarily celibate, movement. The latter entered the Canadian public discourse in 2018 when a man who espoused the incel ideology murdered 10 people in Toronto with a van. Since then, researchers and advocates have worked to sound the alarm about misogynist radicalism and violence, especially in online forums.

While MGTOW shares some common ground with the incel movement, which is rooted in misogyny and dehumanization of women, the two are distinct ideologies with unique dangers. Alex DiBranco, executive director and co-founder of the Institute for Research on Male Supremacism, which studies misogynist and transmisogynist ideologies, movements and violence, told Canada’s National Observer there are five main contemporary male supremacist movements: men’s rights activists, misogynist incels, the Red Pill, Men Going Their Own Way and pickup artists. They all share roots in misogyny, anti-feminism and objectification of women, but DiBranco says they manifest in different ways.

The men’s rights and pickup artist movements are the origin of the more extreme offshoots. DiBranco says they became active in response to the feminist movement in the United States and Canada, and consolidated their ideologies in the 1990s. Men’s rights activists claimed cis-gender men are oppressed by society, while the pickup artist movement taught “games” to help men get sexual access to women, which often amounted to coercion and sexual violence.

MGTOW, pronounced as mig-taw, came out of the men’s rights sect. The group takes elements of the men’s rights movement toward what DiBranco calls “a further supremacist extreme.” MGTOW adherents believe “women in western society in particular are irredeemably corrupted by feminism, and so the only thing to do for men is to go their own way,” says DiBranco.

She describes it as a version of “male separatism,” similar to white separatism. The movement has produced works of fiction that promote the myth of a feminist multicultural conspiracy against men to control society. One facet of this conspiracy is the belief that women and government use false accusations of sexual violence or harassment as a means to control men.

What you need to know about the male supremacist movement tagged in Poilievre's YouTube videos. #cdnpoli #INCEL #misogny

“When we look at another conspiracy movement, like a white separatist conspiracist movement, these are aspects that are often seen in movements that end up having people perpetrate violence,” says DiBranco.

The MGTOW movement has been directly connected to one instance of violence. American lawyer Roy Den Hollander was an anti-feminist and men’s rights activist before being kicked out of the movement, and penned thousands of pages detailing his hatred for women and female judges. He has launched lawsuits against ladies’ nights at bars and against Columbia University for offering women’s studies classes. In July 2020, he murdered a fellow men’s rights activist before attempting to murder U.S. District Court Judge Esther Salas, a Latina woman. He shot her husband and murdered her 20-year-old son before killing himself. DiBranco says the investigation after Den Hollander’s death found he was involved in MGTOW forums, which are more supportive of violence than other men’s rights groups.

While the MGTOW movement is smaller and less well known than the incel movement, DiBranco says it appears to be growing, and researchers who study incels are turning their attention to its members. Misogynist and men’s rights movements have been bolstered in recent years by politicians signalling support for them. In some cases, this is covert, like the tags found on Poilievre’s videos. In others, it’s blatant, like the New Hampshire state representative who created Reddit’s women-hating Red Pill forum and fought against funding to address violence against women. Both examples are incredibly dangerous.

DiBranco says Canadians should be vigilant for signals like hashtags, buzzwords and dog whistles in public speeches and materials from Poilievre, who was praised recently by far-right American conspiracy theorist Alex Jones. “A major party candidate can really embolden [these people] by giving them that kind of sense that they are legitimate in the public sphere,” says DiBranco.

“A politician who is hashtagging MGTOW is essentially speaking to a movement that is deeply conspiracist, deeply misogynist, and dehumanizing, with at least one connection to acts of violence, and very concerning marks of the type of movement that can lead to violence.”

P.P. has a lot going on under

P.P. has a lot going on under his I am more righteous than thou, squeaky clean veneer. "A Canada's National Observer investigation published this week also found Poilievre — along with other conservative politicians and advocacy groups linked to Canada's far-right and fossil fuel lobby — has used social media to post erroneous information about the government's plan to cut emissions from nitrogen fertilizer".

Yes....misinformation is the right's stock in trade. Another ploy is to blame their opposition for what they've been doing in the dark. Unfortunately, in the tax whiner culture we're living in.........lots of folks will buy his lies about the carbon tax.......and anything the government tries to do to cut GHG emissions.

Emissions must continue to rise...if you're of the party funded by fossil fools.

And someone should tell him to stop pointing his finger and shaking it, like Trump. It's rude. Surely his parents taught him that.

The sad part is not how PP

The sad part is not how PP dog whistles to groups that want a return to the good old days of Full On Patriarchy........the sad part is for how many folks that isn't a sign that he's totally unfit to fix any of the problems the future faces.

This right wing surge we're seeing lately, what is it made up of if not sour old patriarchs, young dudes mad that they can't take what they need, as their avatar, the donald said of Venezuela's oil: I'd take the Oil. This group has rights, and once they were absolute and total.

Reactionary members of western society long for the good old days of tough men and submissive women, darkies who knew their place, and natives who could be quietly schooled into non existence. Women's Lib ended all that prosperity apparently....and the right wing fringe is mad as hell about it. As for our sexually diverse crew....back in the locked closet with the lot of them....they're against our values!!!

I know I may be turning current problems into a Keep on Truckin cartoon....but at a lot of levels, its this simple and this deadly. Alpha Men wanting their old playground world back again......and those uppity know nothing women put back in their place.

If we're wondering where all the hate comes from, that's as good a place to look as any.