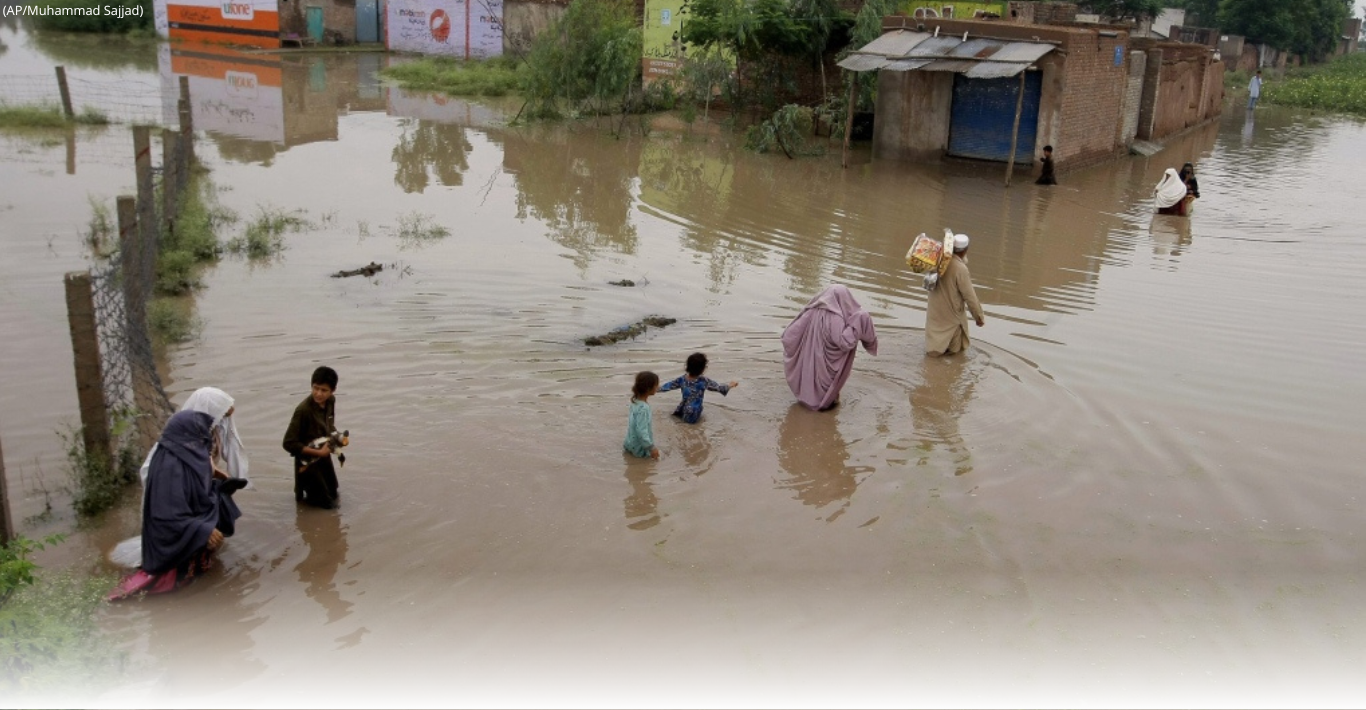 Because of the recent floods, more than 33 million people in Pakistan have been forced from their homes. If we were to compare this to the population of Canada, this would be about 90 per cent of our population.

A third of Pakistan is under water. And the crisis is a direct result of the acceleration of climate change.

In August, Pakistan received more than three times its average rainfall. Damage from the floods is estimated at US$40 billion, with 1,500 deaths and the loss of over two million homes. Rainfall over Sindh and Balochistan provinces was 75 per cent heavier than it would have been if the climate hadn't warmed by 1.2 C, according to a recent study by the World Weather Attribution group.

Developing nations like Pakistan, which have little to do with global emissions and have the least to gain from the actions that are exacerbating climate change, are the ones hit hardest by it. As a comparison, Pakistan contributes 0.4 per cent of global emissions, while Canada contributes roughly 1.7 per cent and ranks as the 10th highest emitting country in 2019 despite Canada's population being roughly 16 per cent of Pakistan’s.

In the wake of disasters like the one in Pakistan, we now know the effects of climate change are not equally felt by the world's wealthy and poor, by women and men, by the young and the old, by the Global South and the Global North.

The Human Concern International (HCI) team on the ground has seen first-hand the devastating effects the flood has had on children. The UN estimates 16 million children have been affected by the floods, and 3.4 million need immediate lifesaving aid. UNICEF has reported malnourished children, diarrhea, dengue fever, and painful skin diseases.

Floods have destroyed 18,590 schools and 528 children have died, one-third of all fatalities. Mothers and children are living without shelters as temperatures reach 40 C.

The climate crisis is of much greater significance than merely environmental. It is a human crisis. Pakistan’s flood has deprived these children and other victims of their right to life, health, food, water, shelter and safety.

"Today it is Pakistan, tomorrow it could be another country," explained Pakistan's permanent representative to the United Nations, Munir Akram. “We all need to act in solidarity and find collective ways of how to address this existential threat."

He is correct. Pakistan is not alone. The world is in crisis because of climate change. Drought has been caused by heat waves in parts of China and India. Rivers in Europe have dried up due to rising temperatures. Floods have devastated parts of the United States. Canada is also affected. The record heat dome in Lytton, B.C., displaced 1,200 people. British Columbia’s “flood of floods” forced thousands to flee. There are many more examples.

Opinion: A third of Pakistan is under water. And the crisis is a direct result of the acceleration of climate change, writes @MahmudaKhan4 @HCICanada. #pakistan #ClimateCrisis

The Canadian public, alongside human rights groups and relief charities, must take up the cause of climate justice and urge the Canadian government to not only reduce its own emissions, but also to serve as a global leader in advocating for those who are most at risk from the effects of climate change.

The relief sector must go beyond simply raising funds for aid. HCI is investing in research to better understand the relationship between climate change and humanitarian crisis response, as well as expanding its programs in countries such as Pakistan to educate communities about climate change.

As for world leaders who are preparing for next month's United Nations Climate Change Conference (COP27) to discuss how the international community will address the urgent global issue of climate change, Pakistan should be prioritized and kept at the forefront of their minds.

We are all in this together; the most vulnerable parts of the world may be hit first, but if the climate crisis persists, we will all bear the brunt of its consequences.

Mahmuda Khan is the executive director of Human Concern International (HCI), the oldest Muslim international relief charity in Canada. Khan holds a degree in economics and has worked in the humanitarian sector for more than a decade fighting for the most vulnerable around the world. The mother of two children lives in Ottawa.

Feds matching Canadians’ donations for Pakistan floods, but some call it ‘peanuts’

It is so frustrating that

It is so frustrating that many Canadians think Canada is doing well on the climate file, while its performance is pathetic. Call, email, or meet your MP. Join a Fridays for Future Strike. It's time for climate activism to ramp sharply up.