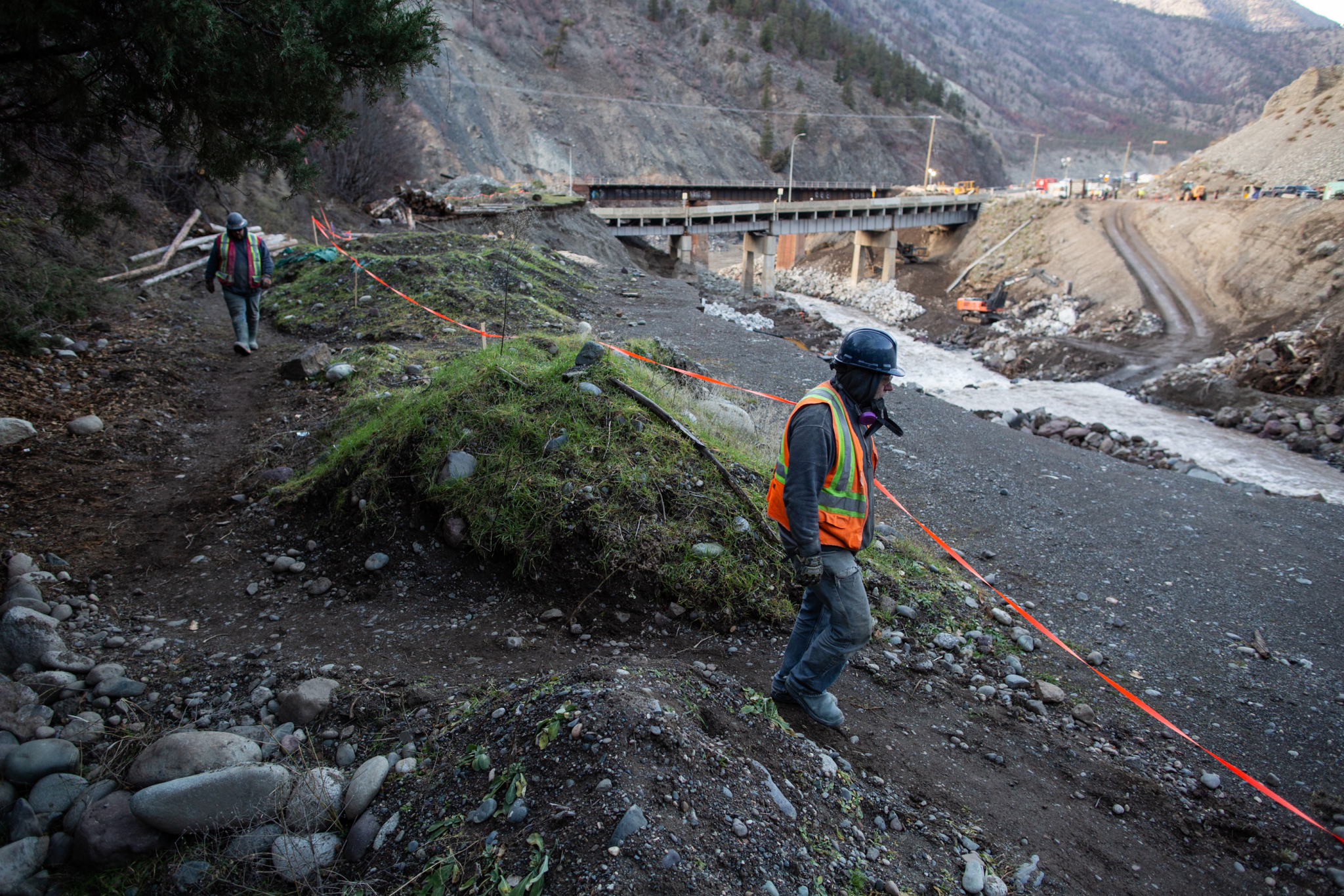 The Nicomen River swelled by dozens of feet during B.C.’s intense atmospheric river in November. It eroded the riverbanks and destroyed the Nicomen Indian Band’s only bridge to the outside world. Photo by Jesse Winter / Canada's National Observer
Previous story
Next story

“The chance this kind of flood will happen has increased by 100 to 300 per cent due to human influence,” Xuebin Zhang, a senior research scientist with Environment and Climate Change Canada, told Canada’s National Observer.

The two-day atmospheric river that swept across southern B.C. in mid-November led to the deaths of at least five people, caused multiple evacuations and is the costliest natural disaster in B.C.'s history, with a hefty price tag of $7.5 billion for infrastructure damage alone.

Atmospheric rivers are large, narrow ribbons of water vapour that travel through the sky, typically picking up vapour in the moist air of tropical regions and dropping it in cooler regions.

“Events like what happened in British Columbia will happen more often, and perhaps with even bigger magnitude,” said Zhang. “Engineers and also citizens will need to think about how they are going to deal with this.”

The study is a preprint, which means it has not yet been peer-reviewed, but Zhang says he doesn’t expect many modifications will have to be made before publication.

Although snowmelt contributed to the flooding, Zhang said the main cause was the two days of “intense precipitation” from the atmospheric river.

The intensity was roughly a one-in-10-year event, but the precipitation over those two days was more unprecedented, an approximately one-in-50- to 100-year event, the study noted.

It also found the probability of an equally strong or stronger atmospheric river has increased by at least 60 per cent thanks to the effects of human-induced climate change, which has also increased the chance of such significant two-day rainfall by an estimated 50 per cent.

Unlike other studies that can take upwards of a year to complete, this one was completed in a few months, Zhang said.

Time was of the essence because the public increasingly wants more information on events like this and whether they can be linked to climate change, said Zhang.

He said senior management at Environment Canada prioritized the study to try to answer the questions so many Canadians are asking. The information will also prove valuable in terms of climate change policy across the country, according to Zhang.

Was funding for Canada's vaccine protests linked to Putin's plans for Ukraine?

With police unable or unwilling to end protests, Ottawa residents have been left to fend for themselves

I feel like the recent Insurrections in Ottawa and at border crossings have been a huge (albeit dangerous) distraction from the Climate Emergency. We need to get back on track to addressing human-induced Climate Change. Thank you for the story.

Absolutely!! What really must

Absolutely!! What really must be expounded is the related-ness of these two issues - and many others, of course. Addressing climat change WILL also address the increase of bugs infecting the human population...

I feel that the convoy

I feel that the convoy protests are also an indication that a large percentage of our population will not stand for any discomfort to themselves for the common good. There will be huge push back to the carbon tax when and if it ever reaches $170 per tonne. It is very worrysome.

This is the connection that I

This is the connection that I’ve been thinking about too. If so many people are so mad about temporary restrictions to their behaviour due to a very immediate threat like this pandemic, then how are they going to react to permanent lifestyle changes needed to reduce our carbon emissions, which the same people probably don’t even accept? I can hear them now — “I want my freedom”. We’re screwed.

"...with a hefty price tag of $7.5 billion for infrastructure damage alone."

So that would be a good argument for John Horgan's government to push on with getting into large scale production of LNG so we can pay for this and the expected future climatic devastation events. They could probably also step up coal production.