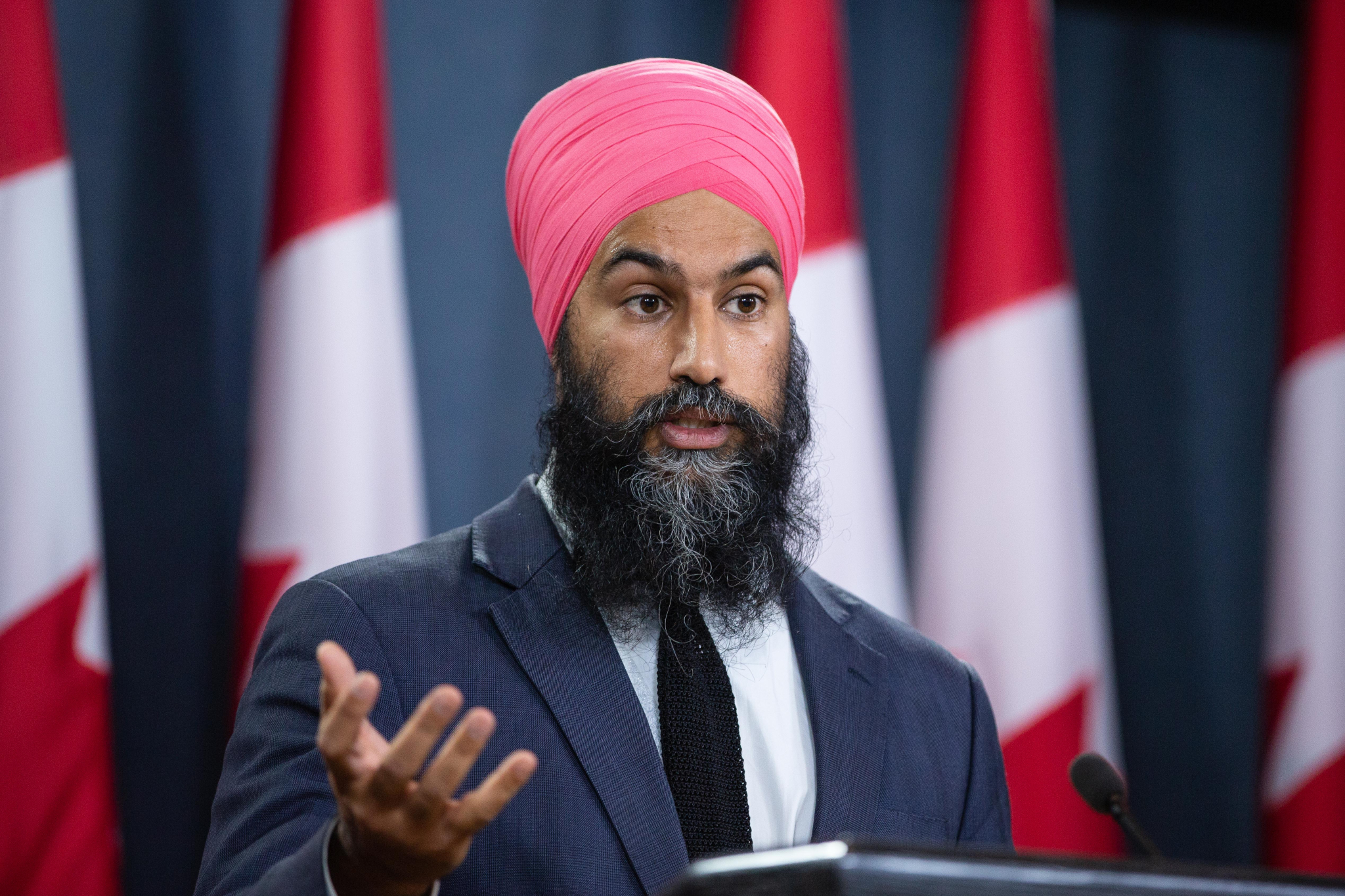 An NDP motion to address high food prices and tackle corporate greed passed with the support of all parties on Oct. 17, 2022. File photo by Alex Tétreault
Previous story

An NDP opposition day motion to tackle corporate greed and the rising costs of food passed with support from the Liberals, Conservatives, Bloc Québécois and Green Party.

The motion — sponsored by NDP agriculture critic Alistair MacGregor on Oct. 6 — calls on the federal government to “recognize that corporate greed is a significant driver of inflation, and to take further action to support families during this cost-of-living crisis.”

“We need to investigate the prices set on food because we know in the not too distant past that we had bread price-fixing happen in Canada, where large grocery stores and bread makers colluded to drive up the price of bread,” said federal NDP Leader Jagmeet Singh at a press conference before the vote.

The non-binding motion includes: closing corporate tax loopholes to force CEOs and corporations to “pay what they owe,” supporting the Standing Committee on Agriculture and Agri-Food’s study of inflation in the food supply chain and profits of large grocery stores and “launching an affordable and fair food strategy [to tackle] corporate greed in the grocery sector.”

Today, Loblaws announced a price freeze on all its No Name products until Jan. 31, 2023, or just over three months from now.

“After pressure from the NDP, Loblaws showed that it is possible to freeze prices, they just need to be forced to do it,” NDP MP Don Davies said in question period before the vote.

When the motion was first introduced, Conservative MP Alex Ruff said he might not agree with everything MacGregor said, but does agree with the intent behind the motion.

“We have to address high food prices in Canada,” Ruff said on Oct. 6. He then “pointed out the hypocrisy of the Liberal government” giving $12 million to Loblaws to switch to energy-efficient freezers and refrigerators.

Several Conservative MPs, like Randy Hoback, also agreed some of the motion is fair, including the NDP’s call for a study.

An NDP opposition day motion to tackle corporate greed and the rising costs of food passed with support from the Liberals, Conservatives, Bloc Québécois and Green Party. #cdnpoli #Greedflation

“Any tax on food is immoral and that is what the Liberals have done,” said Hoback, referring to the federal carbon price.

Maybe they could also find

Maybe they could also find out why 4 (good-sized) leeks for $1.99 the fall before Covid started, were $4.99 each by this fall.
And perhaps why pre-packaged produce includes rotten (unuseable) produce, along with items that rot from the inside before they ripen near the surface.
And what they spray on them to make potato skins glitter, zucchinis greasy, and apples so thick with wax it can be scraped off with a thumbnail.
I'm sorry. Canned no-name isn't real food. It'd keep some people alive a short while, but it's not what health is made of.