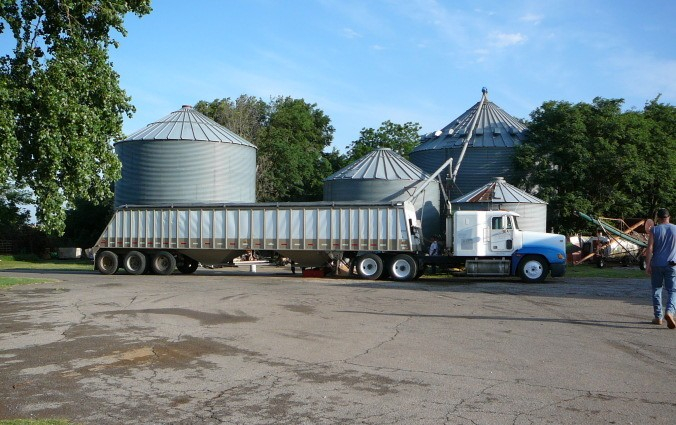 The Standing Committee on Agriculture and Agri-Food heard from witnesses about the importance of grain dryers on Oct. 17, 2022. Photo by Four4dots / Flickr (CC BY-ND 2.0)
Previous story

A private member’s bill that would exempt certain agricultural activities from the federal carbon price is under discussion by MPs.

Ontario Conservative MP Ben Lobb first tabled Bill C-234 in February. It is based on a previous bill sponsored by a fellow Tory that died on the order paper when the federal election was called. Lobb’s bill would amend the Greenhouse Gas Pollution Pricing Act to add propane and natural gas used to dry grain and heat livestock barns to the list of farm fuels (gasoline and diesel) already exempt from the federal carbon tax.

The bill passed second reading with the support of the Conservatives, NDP, Bloc Québécois and Green Party in May.

It was discussed for the third time in the Standing Committee on Agriculture and Agri-Food this week. Representatives from the Saskatchewan Association of Rural Municipalities, Grain Farmers of Ontario, Grain Growers of Canada, Agri-Food Innovation Council and David Suzuki Foundation testified before MPs.

“We feel the money would be better off in the hands of the farmers to further innovate on their farm and to try to come up with ways and solutions to better their carbon footprint,” Brendan Byrne, chair of the Grain Farmers of Ontario told the committee. He emphasized the importance of grain drying — “if we get this wrong, we don’t have a crop to sell,” said Byrne.

“In eight years from now, upwards of $2.7 billion would be paid by Ontario grain farmers … in the carbon price on grain drying,” he said, referring to estimates made by his organization. “All this money is coming out of our pockets. Farmers cannot pass this on to anyone else, they simply have to pay it and bear the brunt of this… The rebate that's in place now simply doesn’t cover anywhere near to the costs of it.”

He said the bill would give farmers time to figure out viable solutions.

“What we've heard is that there are no commercially viable alternatives to using grain dryers that run on propane or natural gas,” NDP agriculture critic Alistair MacGregor told Canada’s National Observer in an interview on Oct. 4. Because of this, the carbon price isn’t incentivizing farmers to switch technologies because there’s nothing to switch to, he said.

Witnesses from the previous meeting voiced concern that a full exemption will remove incentives to develop new technology and alternatives. To address this, MacGregor said he will likely amend the bill to include a sunset clause so “this exemption doesn't go on in perpetuity.”

Such a clause would give farmers a break in the interim and “possibly an eight- or 10-year window for the technology to catch up,” he said.

A private member's bill that would exempt propane and natural gas used for certain agricultural activities from the federal carbon price is currently under discussion by MPs. #cdnpoli #BillC234 #agriculture #GrainDrying

"I'm not opposed to a sunset clause, but I would want to see the wording and the language of that clause, specifically on the timeline, how long till the sunset clause would be initiated, and want to make sure it's realistic, [and] does give a realistic amount of time for those new technologies to become scalable and commercially available to producers," committee vice-chair John Barlow told Canada's National Observer. ​​​​"

Barlow added that he would want to discuss a proposed sunset clause with Lobb, who sponsored the bill, as well as the Conservative caucus.

In an email, Lobb told Canada's National Observer he "would be open to the sunset clause idea" of five, seven or 10 years.

On Oct. 3, NFU representative Glenn Wright recommended that the bill be amended to include a sunset clause.

Wright told committee members the move to exempt propane and natural gas from the price on pollution came after the 2019 “harvest from hell” on the Prairies when a tough, damp grain harvest required farmers to use “far more energy than expected.” A lot has changed since then, he said. Last December, the federal government introduced a tax credit to return fuel charge proceeds to farming businesses in provinces (Alberta, Saskatchewan, Manitoba and Ontario) that use the federal carbon pollution pricing system because they don’t have their own system in place.

“The problem with Bill C-234 is that a complete exemption does nothing to encourage clean technology and low-emission alternatives,” said Wright on behalf of the National Farmers Union. The aforementioned tax credit means the current setup is “now striking a better balance as it retains the pollution pricing signal without threatening food production,” he added.

“We agree with providing assistance to farmers, but we cannot agree with systematizing the erosion of carbon pricing mechanisms,” Boisseau-Bouvier told the committee.

The problem with exemptions

The problem with exemptions with a sunset clause is that there is no incentive to do anything in the short term. Since most business models are based on maximising short-term profit, farmers/companies etc
will wait until the last moment to make the necessary investment and many will not succeed in reaching the goal. And what do you then?
So, there has to be some pressure to progress toward the goal immediately at the beginning. For example, instead of reaching zero CO2 emissions at the end of 10 years, impose 10% reduction in each year.

Funny how everything can be

Funny how everything can be bought on credit, except for GWG measures. Farm, buildings, equipment of various kinds, seeds ... but apparently not solar panels.