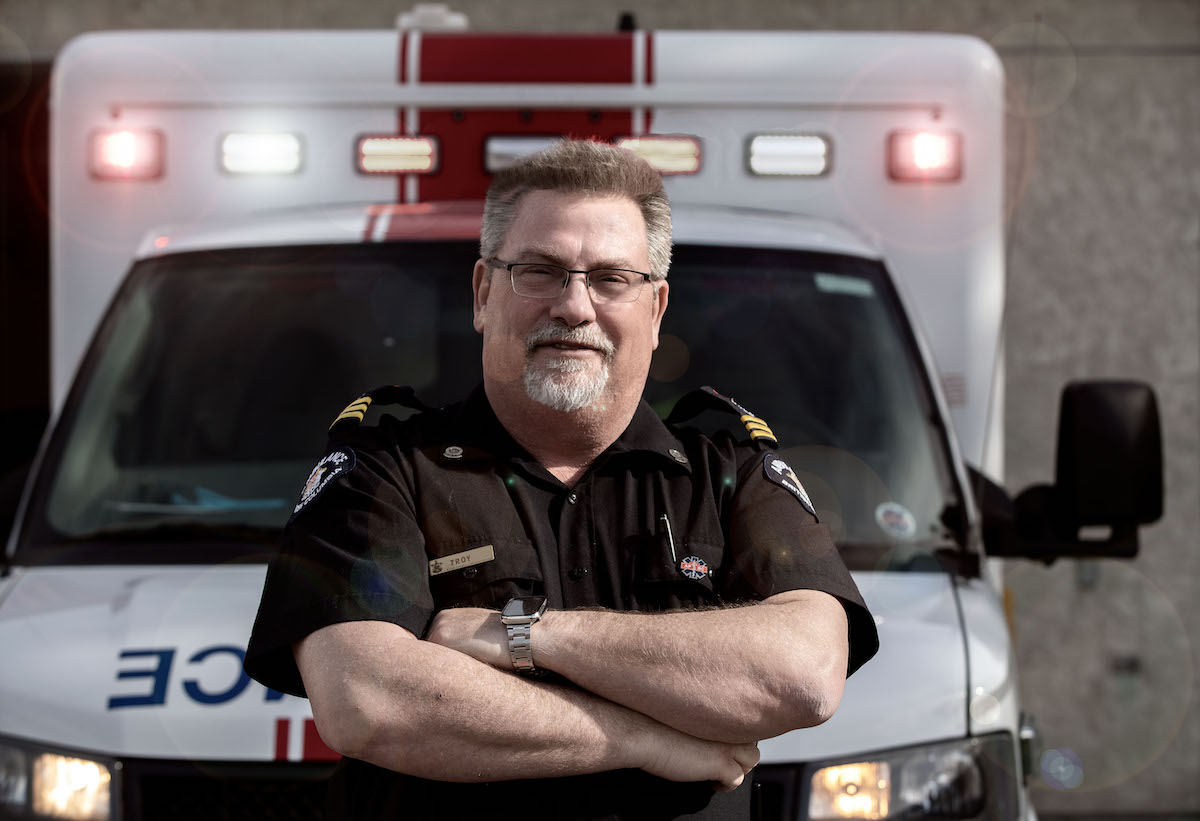 On 11 days this summer and early fall, Quadra Island had no local paramedics available for emergency medical calls, data from the emergency responders’ union shows.

The ferry-dependent community of 2,700 residents has acute staff shortages, as do many rural communities in B.C. On Quadra, three of four permanent part-time paramedic positions are vacant, Cindy Leong, a spokesperson for BC Emergency Health Services, wrote in an email.

There is one ambulance on Quadra and it takes two paramedics to staff it — one to drive, the other to care for a patient. But BC EHS has been relying on the volunteer fire department to drive the ambulance when no staff or only a single paramedic is available.

Volunteer firefighters were called out 18 times to drive the ambulance from May 1 to mid-October — to assist a single paramedic or pick up a Campbell River ambulance crew arriving by water taxi, union statistics showed. The union provided Canada’s National Observer with specific dates, staffing level gaps and the number of times the firefighters drove ambulances.

The numbers reflect rough estimates by the island’s fire department, said Quadra Fire Chief Sharon Clandening, who said Quadra was left without any paramedics seven times in the months of June and July alone.

BC EHS statistics were lower, noting only three instances between May 1 and Sept. 6 when no paramedics were available locally, Leong said. However, Leong did not supply exact dates.

Clandening said any time the island is left with no local paramedics, response times go up, putting people’s safety at risk.

“It’s a broken system that needs to be fixed,” Clandening said.

The concern is greatest at night when the ferry doesn’t run and people have to wait for air transport or for Campbell River paramedics to arrive by boat, which can take up to three hours, she said.

Serious gaps in ambulance service are likely to continue in rural and remote communities such as Quadra if the province continues to use its scheduled on-call (SOC) staffing model, said Stuart Myers, the union’s regional vice-president.

The staffing system developed for rural and remote communities in 2019 makes it extremely difficult to attract staff, Myers said.

Under the SOC system, paramedics are scheduled to work an eight-hour shift, but must remain on call for a further 16 hours — for a total of 24 hours daily over a three-day rotation.

While on call, paramedics only receive $2 an hour. The net effect is they are tied up for a full three days but are paid full wages for only one unless they respond to an emergency while on call.

BC EHS hasn’t clarified if a plan or measures are in the works to address ambulance response gaps on Quadra, which also includes concerns about getting patients off-island outside of scheduled ferry service.

No one from the BC EHS has been available for interviews despite multiple requests starting in May by Canada’s National Observer.

There are six casual on-call paramedics on Quadra who assist in staffing the island’s ambulance, and Campbell River paramedics provide coverage when local staff are unavailable, Leong said in an email.

BC EHS is making every effort to recruit for open positions, Leong said.

Paramedics are currently bargaining with the province now that their collective agreement is up, said union president Troy Clifford.

The SOC staffing model and a 30 per cent plus disparity in wages between paramedics and other first responders such as police or professional firefighters are central negotiation topics, Clifford said.

“We’ve notified the employer that we expect, because it hasn't met objectives, that SOC should be phased out,” Clifford said.

“We’ll be looking for a new model that's more compensation-based and meets the needs of those communities,” Clifford said.

The province typically justifies the SOC staff model in rural communities — as opposed to full-time staffing for the 24/7 coverage provided in urban areas — because of lower call volumes, Myers said.

“But you know, the question for me has always been, ‘Why don't the people of Quadra deserve that same level of care?’”