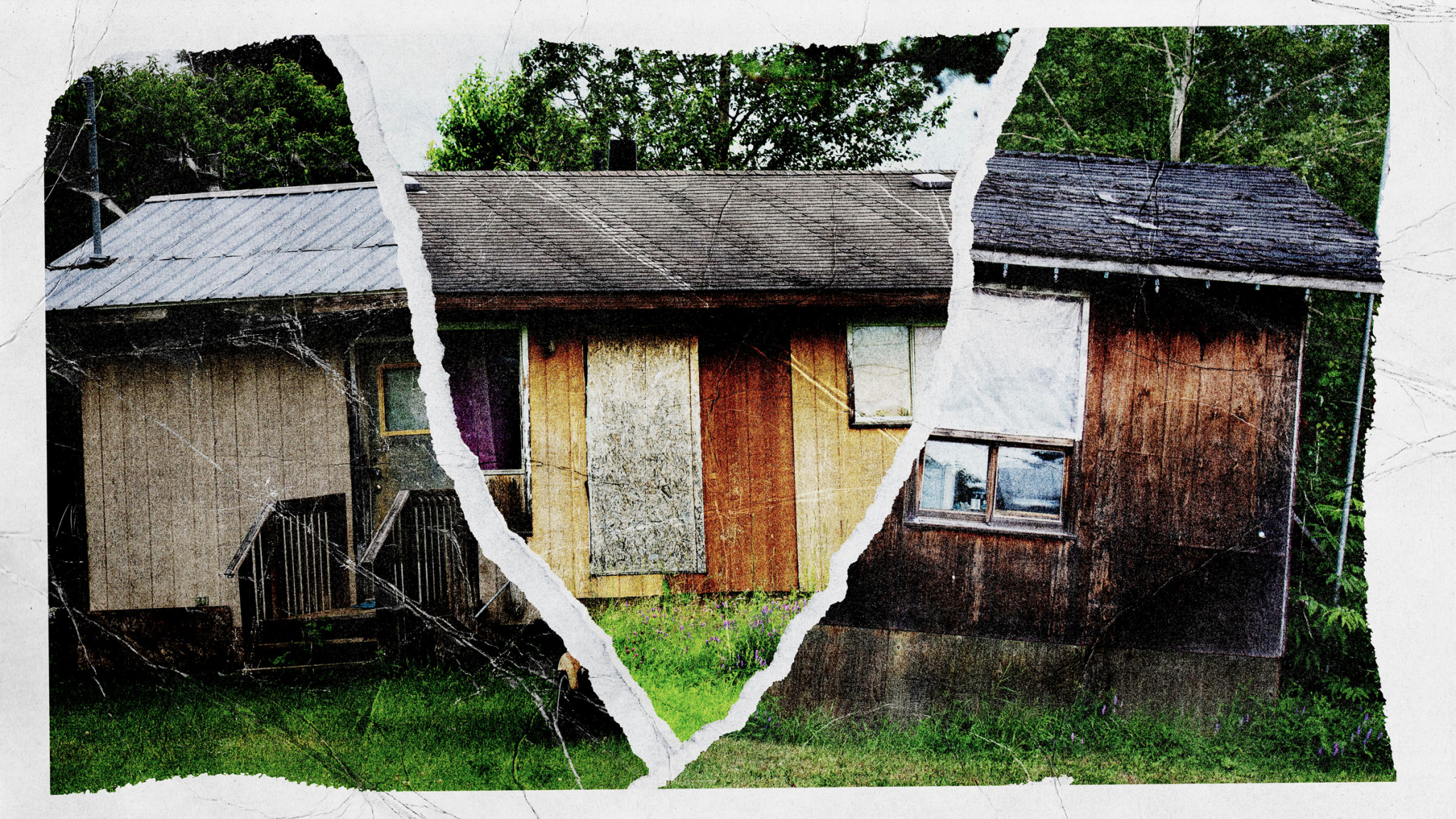 For decades, the Ojibway community north of Thunder Bay, Ont., has suffered through a series of disasters nearly unparalleled among non-Indigenous communities.

In 2004, an assessment found about half of the First Nation’s 100 homes were dilapidated and unlivable, mostly due to mold. Today, dozens of homes have been replaced and more construction is planned. The community’s boil-water advisory will soon be officially lifted, ending a 13-year interruption to its water supply. And according to Chief Wilfred King, Gull Bay now has a positive balance on the books, a triumph for the community, whose debt once soared as high as $11 million.

The nation’s finances spun out of control in 2004, at a time when they were controlled by a “third-party manager” appointed by the federal government, he said.

“That [set] us back easily 20 years,” said Chief King, referring to the period between 2002 and 2010. “No resources went into building up our community. There was just a lot of people making money on our backs, on our misery.”

Canada’s intervention in Gull Bay was part of a long-standing federal policy granting officials options for placing a First Nation under trusteeship if they believed the chief and council were not managing funding responsibly. The federal government announced plans to replace the Default Prevention and Management Policy (DPMP) in 2017.

An investigation by Canada’s National Observer and researchers from Toronto Metropolitan University examined the impact on First Nations where the policy was in place between 2008 and 2016. It found in more than half of cases where federally appointed “default managers” either shared control or assumed complete control of a First Nation’s finances, conditions in the community got worse, not better.

In at least 65 of those 112 First Nations, the community experienced long-term boil-water advisories or the percentage of homes in need of major repair increased. On the other hand, conditions were more likely to improve in First Nations left to manage their own affairs.

A federal financial intervention program created new water and housing hardships for at least 65 First Nations while it was in place, a @NatObserver investigation finds. #cdnpoli

Boil-water advisories followed the federal government’s imposition of the DPMP in every case where records were available, according to data from Indigenous Services Canada (ISC).

“There should be a class-action lawsuit,” said Chief King after Canada’s National Observer shared with him the results of the two-year investigation. The federal government is liable for any damages communities experienced, he said.

“This policy here sets First Nations back, and it's designed to set them back,” said Grand Council Chief Reg Niganobe of the Anishinabek Nation, an organization representing 39 First Nations. “There should be some sort of reparations for the communities who have gone through this.”

The investigative team built a database using ISC documents and data obtained by Shiri Pasternak at Toronto Metropolitan University through the Access to Information Act. Effects on housing were quantified using Statistics Canada’s data on housing repairs needed and numbers of homes. The team is gathering more information to better understand the impacts on the First Nations administered under DPMP during this period, but this may constitute the most comprehensive information gathered on the policy’s impacts to date.

Indigenous Services Minister Patty Hajdu was not available for comment. In response to questions, an ISC spokesperson pointed out the federal government acknowledged problems with the intervention policy in a 2017 report and is “replacing it with a new, proactive approach that supports capacity development.”

Currently, ISC administers 93 First Nations under the DPMP, but only one is currently under third-party management, the policy’s most restrictive form of trusteeship. In cases where default managers are still working with bands, they are now paid through dedicated federal funds.

ISC acknowledged that the federal government’s chronic underfunding of First Nations programs and services hindered leaders’ ability to deliver them and set the stage for DPMP being enacted in the first place. “That is why, since April 2016, Canada has committed more than $14 billion to improve infrastructure in First Nations communities,” a spokesperson for the federal department said.

“This is the ultimate manifestation of the power of the Canadian state,” said Charlie Angus, an NDP MP for Timmins-James Bay, a riding that includes First Nations administered under DPMP. “The results are clear.

“(In) what municipality in Canada does the government arbitrarily take out the chief or the mayor and council and bring somebody who doesn't even live in the community, who has absolute, total control?” he said. “That's colonialism.”

Angus said the data describes what he’s seen during his 18 years in politics. As the NDP’s former critic for Indigenous and Northern Affairs, a department that has since been dissolved and replaced by ISC, he witnessed housing conditions deteriorate in First Nations in his riding and across Canada. For First Nations placed under third-party management, “no contracts could be signed for building,” he said, “and so you had people who were living in a massive housing crisis.”

Federal authorities repeatedly warned Canadian leaders about the failures of the DPMP after it was formalized in 2001, according to internal documents the team obtained. Until 2017, it was administered by Indigenous and Northern Affairs Canada.

Successive auditors general pointed out the highly paid default managers, who often earned between $160,000 and $420,000 annually, had no incentive to hand control back to First Nations. By 2008, most had been in their positions for 10 years or more. The number of First Nations administered under all forms of this policy peaked at more than 180 in 2004, then stabilized around 150 until 2017.

A 2003 federal audit report labelled the financial control policy “punitive” and noted third-party managers needed more guidance on how to pay down debts. The managers made poor decisions about infrastructure, and some government officials failed to follow federal tendering rules when hiring them, the audit stated. “There was no indication of public tenders or open bidding for the work,” the federal audit team wrote in 2003.

“They're sort of trapping them in these poverty traps,” she said.

Current and former default managers and federal workers explained in interviews that the ministry’s regional offices had considerable autonomy. But in many cases, First Nations were placed under government financial control because they had simply reallocated funds from one department to another — for example, from education to road maintenance after a flood — to solve budgetary emergencies caused by federal underfunding.

In Gull Bay First Nation, the chief and council tried in vain to monitor the nation’s debts after a new third-party manager was brought in. They asked him for the First Nation’s financial documents, which he refused to share. Gull Bay leadership successfully fought both the default manager and the federal government in court in 2006 to gain access to the documents. The presiding judge noted in the decision that the manager had treated requests from Gull Bay leaders “somewhat distainfully (sic) and with considerable delay.”

Gull Bay switched to co-management in 2010 and retains this status for bookkeeping purposes, Chief King said. Like many remote communities, it is a challenge for Gull Bay to find qualified financial professionals to manage federal reporting requirements, which most experts suggest are beyond the capacity of even experienced chartered professional accountants.

However, Grand Council Chief Niganobe said the threat of federal intervention remains, since the policy has never been entirely repealed.

“If you really want to decolonize anything, you take it all away,” he said.

If you are a member of a First Nation that has been administered under the DPMP or would like to learn more about the data and documents the team has collected, please contact us at [email protected]

How do you turn seaweed into plastic? Ranah Chavoshi will tell you

No article like this is fair if it doesn't at least address the concerns that many First Nations are lead, or at least controlled by a small family compact rife with nepotism and over-payment for public jobs.

I'm a big fan of the three books by former Judge John Reilly, who called out the "governance" of the Reverend Doctor Chief John Snow. Snow could never find the money for all the programs he promised his people, because his relatives and close friends were sucking the Nation's money away.

What I note with especial interest is that the books have fallen into a void, never discussed - because Reilly called out the colonialism and prejudice of the Albertans in power, those on the bench, and flatly described Native justice traditions as superior to those developed by Britain (for many cases)....but he also called out the bad governance of the Nakoda. Indeed, it was Reilly who made the much-quoted statement that a large number of First Nations are "banana republics".

The article does not get into whether the Nations whose finances were taken over, might have spiralled downward because they were already on a sharp downward spiral that couldn't be arrested, versus the downward move being all the fault of the receivers.