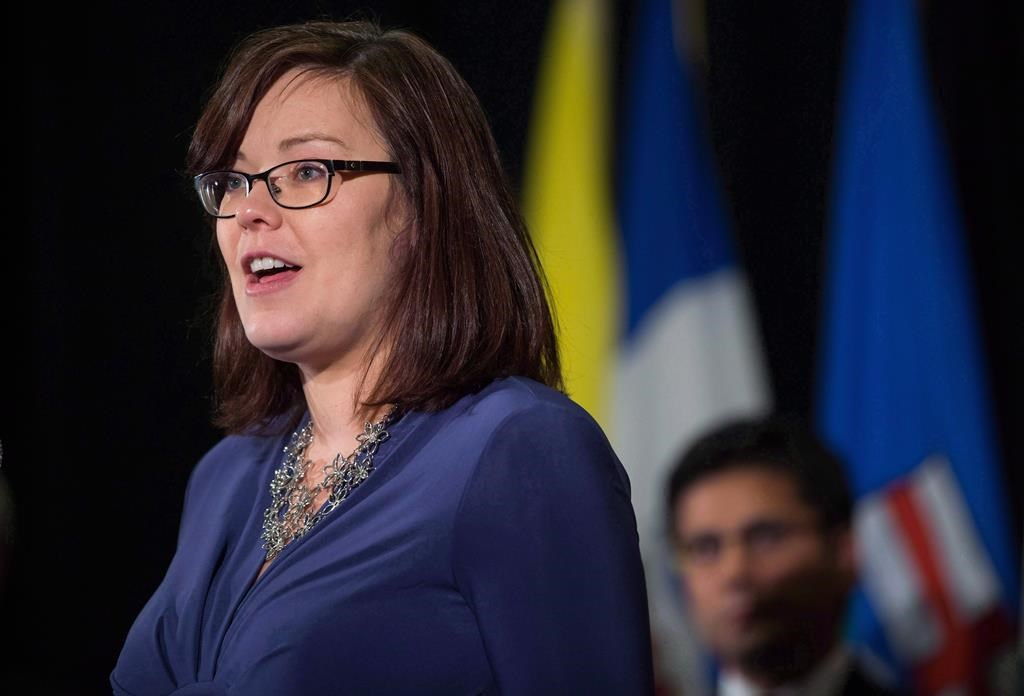 Alberta's Opposition New Democrats want the provincial government to end any uncertainty about the future of the province's Rocky Mountains by legislating that no new coal mines will be permitted there.

Energy critic Kathleen Ganley says Premier Danielle Smith's recent suggestion that she might reopen discussions on a mine already denied federal and provincial permits just roils the waters on an idea Albertans have already said they don't support.

Smith reportedly told people in Crowsnest Pass, an area of southwestern Alberta, she would consider supporting the Grassy Mountain mine if enough local people showed they were behind it, perhaps through a local referendum.

But Ganley says Albertans have already been surveyed on coal mining in the Rockies and have responded decisively they don't want it.

She says suggesting things could be different just adds uncertainty for both local people and businesses considering investing in Alberta.

"The (governing United Conservative Party's) own actions have demonstrated incredibly clearly why legislation is needed," she said.

"I don't think we need a referendum. Albertans have spoken loud and clear."

Ganley said instead of talking about coal mines, Smith should be working on economic development options for Alberta's coal towns.

"We do need a plan for good-paying jobs," she said.

Smith's office did not immediately respond to a request for comment.

The conservative approach to COVID is killing its supporters