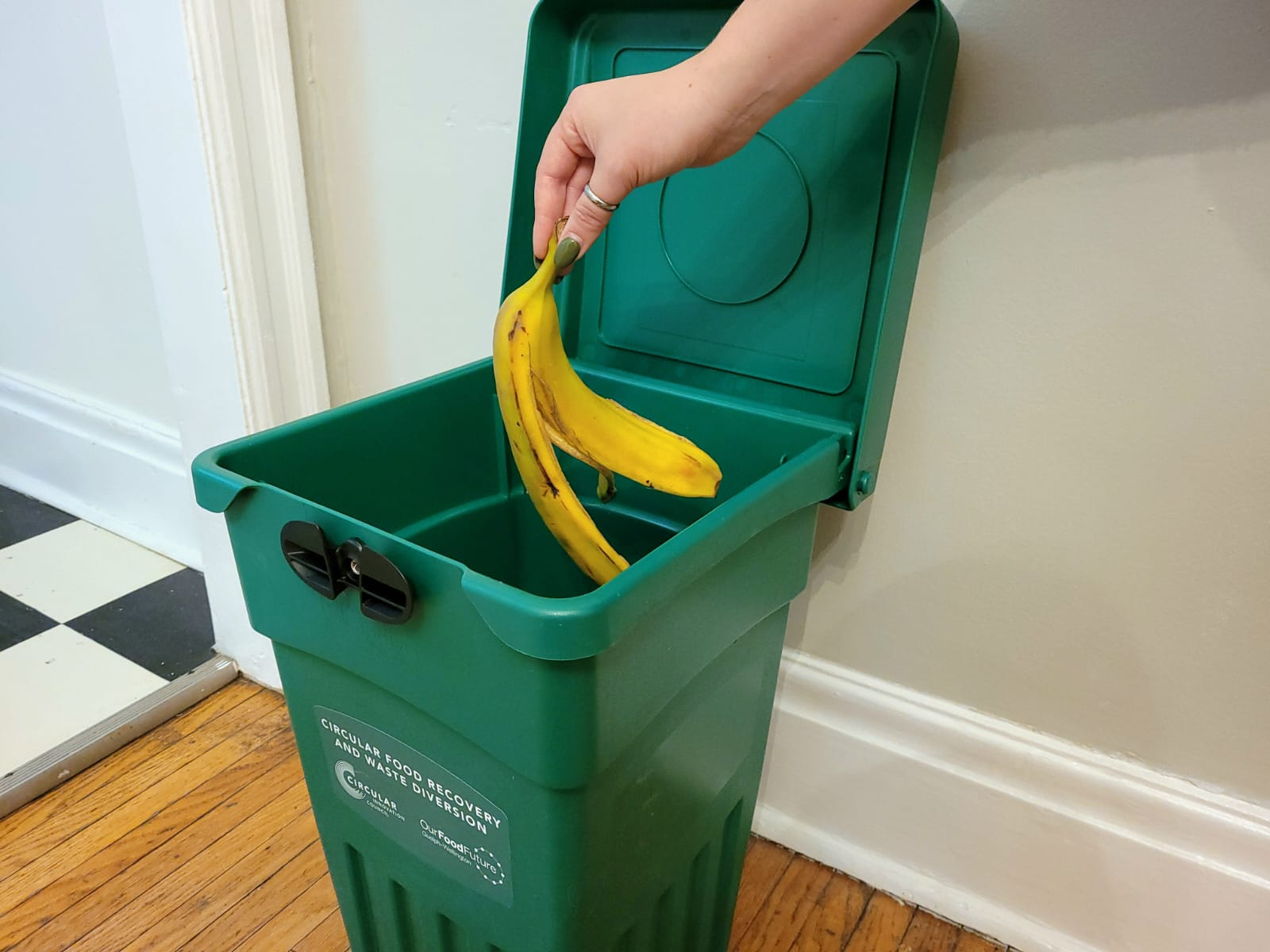 Most food waste from businesses and institutions in Ontario’s Wellington County used to be trucked to landfills, where it would rot and emit the dangerously potent greenhouse gas methane into the atmosphere.

That changed in November with the implementation of a not-for-profit environmental group’s pilot program, which works to divert organic waste from landfills and redistribute edible food to people who need it, thereby reducing greenhouse gas emissions.

Because the commercial, industrial and institutional sectors are known to be Canada’s largest generators of food waste, the program focuses on offering affordable organics collection services to places like grocery stores, hospitals and hotels in the city of Guelph and more rural areas, like Elora, Fergus and Arthur.

This week, the pilot program from Circular Innovation Council received international recognition for diverting 318 tonnes of organic waste, redistributing 16.1 tonnes of edible food valued at $114,854 to local charities, and reducing transport and landfill-related greenhouse gas emissions from November to August this year.

The pilot, in partnership with the City of Guelph’s Our Food Future initiative, received a special mention award from the Milan Urban Food Policy Pact on Monday night at a global forum in Rio de Janeiro, Brazil.

The City of Guelph is part of the Milan pact, an international agreement among cities committed to developing inclusive, resilient, safe and diverse sustainable food systems that provide healthy and affordable food to all. Member cities aim to minimize waste and conserve biodiversity while adapting to and mitigating climate change impacts.

The awards recognize the most creative efforts to meet these goals.

“We are very honoured to receive such esteemed international recognition,” said Circular Innovation Council’s executive director Jo-Anne St. Godard in a press release. “There’s no other program like this in the world, but it is something that can be done in any jurisdiction.”

The pilot program was modelled on a residential door-to-door organics collection program and incorporated a co-operative, cost-sharing model for facilities to access collection services at a much more affordable price.

“From an environmental perspective, we know that organics create the most methane of all the materials in the waste stream, so this is not just a waste diversion strategy, it’s equally an important climate change program, as well,” said St. Godard in an interview with Canada’s National Observer.

“We all know the time is now to create solutions around climate change and reduce emissions.”

St. Godard said the Guelph region was chosen for the pilot because it was already focused on creating a less wasteful food system. So far, 55 businesses, organizations and institutions in the area are participating, and the number is continuing to grow.

“The participants, they’re very happy. They’re able to do the right thing now, without the cost of an arm and a leg… They have taken pride in what they’re doing to reduce excessive food waste,” said Andrew Telfer, collaboration and development lead at the City of Guelph’s Our Food Future initiative.

The Circular Innovation Council hopes to expand the program in other regions.

They are working with Calgary on a pilot and are in the discussion stage with Montreal.

“I think there’s no debate, really, that we want to redesign our linear economy to become more circular, realizing all of its social, environmental and economic benefits… We’re trying to take those concepts and put them into action, and these pilot projects are exactly what needs to be done,” said St. Godard.