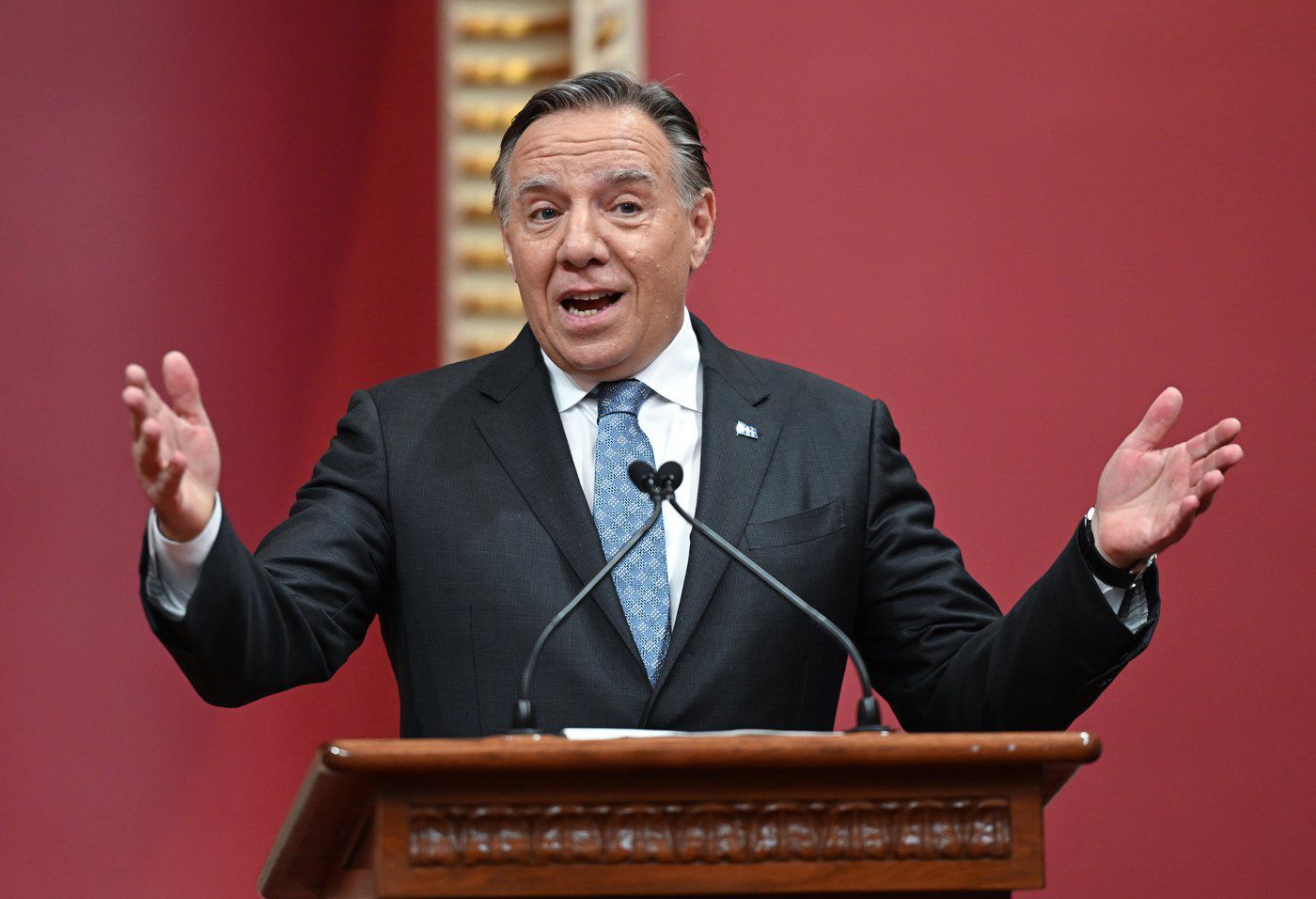 Quebec Premier François Legault speaks to guests after his government was sworn in, on Tuesday, Oct. 18, 2022, during a ceremony at the legislature in Quebec City. File photo by The Canadian Press/Jacques Boissinot
Previous story

Legault had plenty of names to choose from after his Coalition Avenir Québec won 90 of the legislature’s 125 seats in the Oct. 3 provincial election, but he said it didn't make the final calls any easier.

"It's (an exercise) that is heartbreaking, especially when you see the quality of the members we have, of the 90 members, all the more heartbreaking since, for the most part, it was me who convinced you to get on board," Legault said in a speech at the legislature, addressing those who didn't make the cut.

Two-thirds of the 30 cabinet posts are held by returning ministers, with nine newly elected members and one former backbencher.

Among the key names returning are Christian Dubé in health, Pierre Fitzgibbon in economy and energy, Eric Girard in finance and Geneviève Guilbault, who takes on transport while conserving her deputy premier post.

Jean Boulet managed to hang on as labour minister but lost his other posts, including the immigration file, after being roundly criticized for saying 80 per cent of immigrants don't work, speak French or adhere to Quebec values. Legault had said Boulet was unfit to return as immigration minister, and on Thursday he handed that post to newcomer Christine Fréchette.

Legault, who during the election campaign made comments linking immigration to "violence" and "extremism," admitted he hasn't "always expressed himself perfectly” when it comes to the immigration file. But he said he wants to work on increasing the proportion of francophones in the province, which he insisted was necessary to stop the decline of French.

"I want to see her nomination as a signal of reconciliation between the Quebec nation, the First Nations and the Inuit," Legault said of Champagne Jourdain. "I want to be clear that this doesn't meant that Kateri has this on her shoulders, all Quebecers have this on their shoulders ... we need one another."

Legault also addressed English Quebecers, saying in English that preserving French was everyone's business in the province. He named Girard, the finance minister, as minister for English-speaking Quebecers.

Legault told the swearing-in ceremony that Girard will present an economic update before the holidays. The legislature will resume sitting on Nov. 29.

The new cabinet has 16 men and 14 women in addition to the premier himself. Legault had said previously his aim was to have a cabinet that would be composed of between 40 and 60 per cent women. In 2018, Legault announced a 26-member cabinet and achieved gender parity for about three months before a cabinet shuffle.