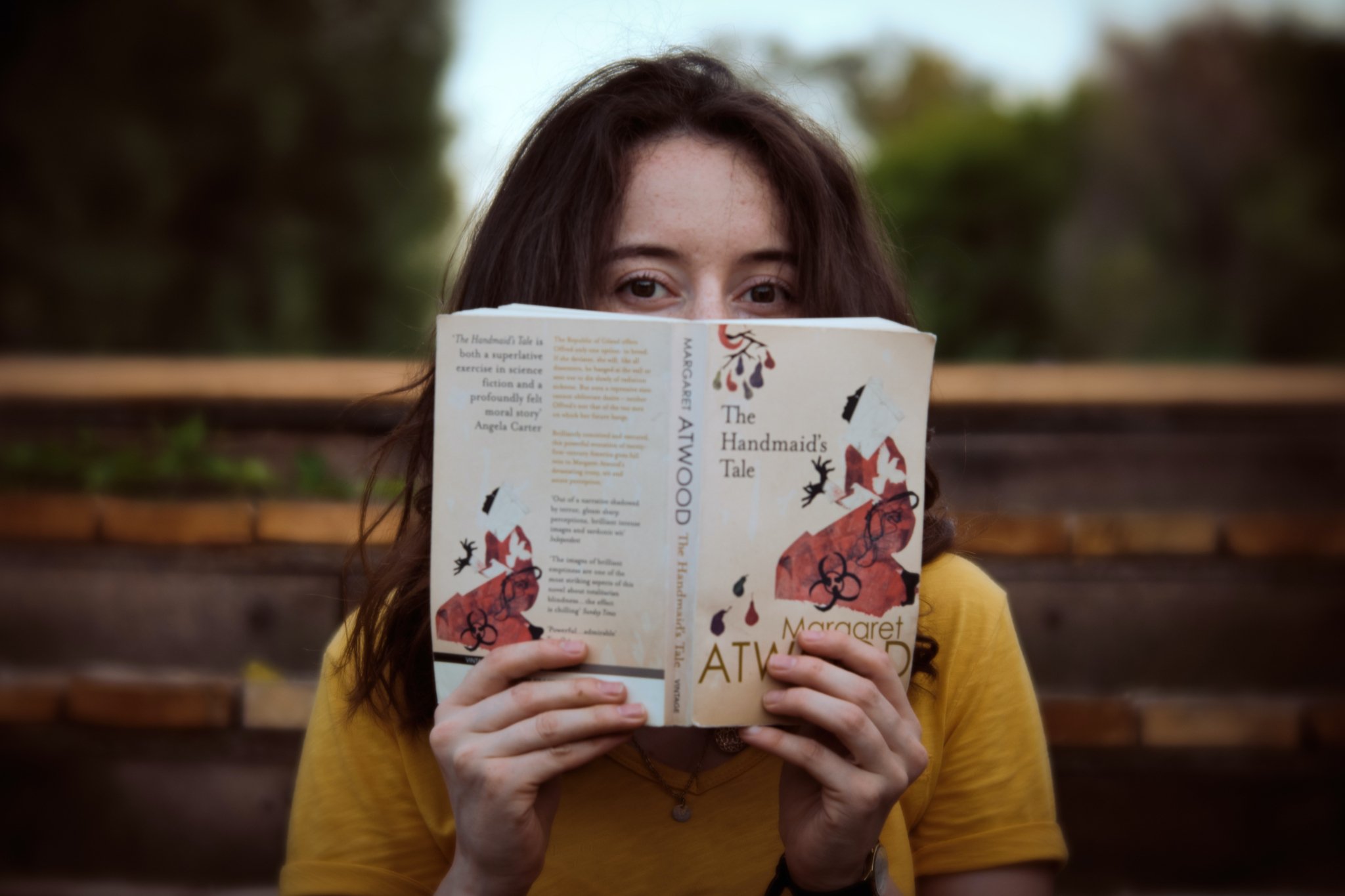 Is America using Margaret Atwood's The Handmaid’s Tale as a template for its own dystopia? Photo by Umid Akbarov/Unsplash
Previous story

You are currently using my 1985 novel The Handmaid’s Tale as the template for your own dystopia and are doing so without my authorization, thereby violating U.S. copyright law.

Adopting one or two aspects of The Handmaid’s Tale to rebrand the American Dream would be considered “fair use,” but all of them? Honestly, America, I get a Google alert every time you rip off one of my ideas. My condo strata filed a noise complaint, and Hulu producers banned me from The Handmaid’s Tale season 5 set due to my phone’s incessant pinging. It took me 18 months to write this book and to develop the nightmare world of Gilead, so you’ll understand my dismay at seeing you plagiarize the following key scenarios.

By overturning Roe v. Wade, you have adopted the central dystopian feature of The Handmaid’s Tale, namely, restricting the reproductive rights of women. Did you think I wouldn’t get wind of this? Fox News, Papa John’s app, and even Hobby Lobby’s newsletter all reported the ruling as though it was the brainchild of your Founding Fathers. America, I demand you acknowledge credit by renaming “reverse-vasectomies” as “Atwood-ectomies.”

In The Handmaid’s Tale, the Sons of Jacob instigated a coup d’état against the U.S. government; and on Jan. 6, 2021, your president did the same. Initially, I was flattered that the mob’s red MAGA hats replicated the red of my handmaid’s habits. But when my lawyers informed me that “MAGA” doesn’t mean “Make America Gilead Again,” I felt duped. America, you need to acknowledge credit! At the very least I would have appreciated an invitation to shoot 18 at Mar-a-Lago or a suite at the Trump Hotel in New York City.

I was sure that Gilead’s surveillance-as-a-form-of-control motif would scare the bejesus out of you. Yet in the past decade, your elected officials and tech-bros have monitored phone and internet records, personal credit histories, and period-tracking apps — and I’ve yet to receive one handwritten thank-you card. When China dialed up their national surveillance efforts, they had the courtesy to acknowledge my work as their inspiration: every Christmas, President Xi Jinping sends me a gift basket of 1,000 steamed dumplings with an open invitation to join him on an electric scooter trip along the Great Wall. He’s probably trying to get in my pants, but at least he’s doing the work.

This may sound catty for mentioning censorship here, as you’ve banned The Handmaid’s Tale in libraries and schools nearly as often as any other book, but censorship is yet another aspect of totalitarian Gilead you’ve purloined as your own. This parallel between your nation and my novel is there for anyone to see (assuming they attend a school whose library allows access to my book). Maybe just once, you could come up with your own f--ked-up strategies for social control. Until then, I demand a national bank holiday named in my honour, but don’t be cheeky and shove my day on Feb. 29. I want Thanksgiving replaced with National Margaret Atwood Gratitude Day.

Breakdown of barriers between church and state

In the Gilead of my novel, church and state are one, and that’s clearly a model you’re adopting for yourselves. In fact, your Supreme Court is going full-throttle and allowing Christians to fly flags with crosses at Boston City Hall, taxpayers in Maine to fund religious schools, and football coaches in Washington to lead Christian prayers on the field. Had I missed an email request, a Facebook message, or a Snapchat from you to adopt this theme? Even Saudi Arabia and Iran slid into my DMs with their copyright renewal requests. But from you? Nada!

Baseline anxiety about everything

You nailed this. To show goodwill, I’m giving you this one as a freebie.

With your $6-trillion annual production budget, you’ve produced a more faithful adaptation of my work than Hulu ever could. Hulu, however, had the decency to ask me to be a consulting producer on The Handmaid’s Tale TV series, and they gave me a cameo in the pilot. You didn’t even offer me a seat on the Supreme Court, a chair on the Senate Ethics Committee, or a spot on Forbes’ “80 Over 80 Favourite Canadians” list. America: what the f--k?

Therefore, in addition to the above-mentioned demands, I insist you update the Latin motto on all your coins from E pluribus unum to E atwood unum, and replace the eagle on the Great Seal of the United States with an image of me (please use my 1978 headshot; that was my best hair year).

If I do not hear from you within 10 days, I reserve the right to pursue all legal claims that I may have against the U.S., including punitive damages, compensatory damages, and withholding all of Canada’s exports of maple syrup for your pancakes.

Paul Razzell is a humour writer based in Victoria, B.C. He works in communications and student recruitment at the University of Victoria.

Lisa Pertoso is a humour writer, learning designer and facilitator based in NYC. Her work has appeared in Glamour, Insider, The Belladonna Comedy, and more. Follow her on Medium and Twitter, and if you’re feeling frisky, jump into her dating time machine at 100 First Dates.

Brilliant! Worthy of The

Brilliant! Worthy of The Beaverton. And one great thing about it is, Ms. Atwood could actually have written this.

Indeed and I can also see her

Indeed and I can also see her using her trademark voice AND sense of humour, not to mention her serious credibility as a "progressive" to make this timely bit real. David Suzuki is another such potential star in this area, and as a "mature" person myself this would serve as a blow to entrenched ageism. Yaaaay again!
Coincidentally, a sense of humour speaks to having a true perspective on things, and conservatives are noted for having neither. What passes for humour with their lot is the kind of nasty s**t we see in the House of Commons.

Yaaaaaaaay National Observer! Good call!
Humour is like the lie; it travels way faster, and of course the fool was always the wise one in Shakespeare's plays.
And the public funding of religious schools as a serious transgression of the separation between church and state btw? That IS currently happening here, but so far only in Alberduh, Saskatchewan and Ontario....

I had no trouble believing

I had no trouble believing this was written by Margaret Atwood right up till I saw the credits at the end. Nice work capturing her voice and tone!