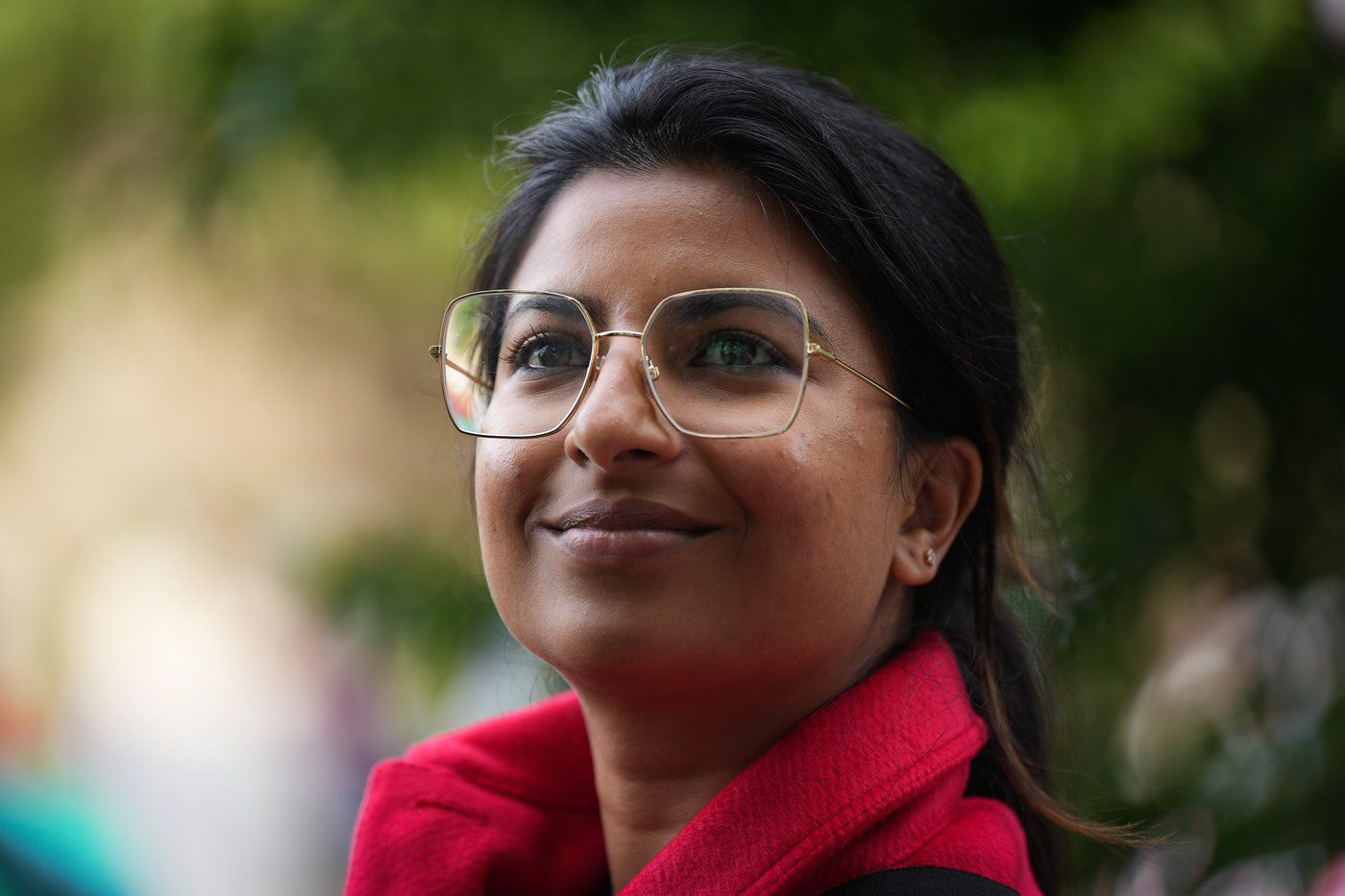 B.C. NDP leadership candidate Anjali Appadurai attends a protest against the Trans Mountain pipeline and a rally calling for the protection of Stoney Creek, in Burnaby, B.C., on September 17, 2022. File photo by The Canadian Press/Darryl Dyck
Previous story

The NDP leadership hopeful who was ousted from her chance to compete for British Columbia's top political job says she's ready to take up an invitation to work with the man who will become the next premier.

However, Anjali Appadurai called for a bigger push on climate change initiatives before she works with David Eby, who was automatically vaulted to the position of party leader after she was disqualified from the race last week.

"We haven't seen a signal of that qualitative shift in leadership that is going to signal an emergency-level response, that's going to signal the speed and scale of actions that are needed. We've seen a watered-down version of that," Appadurai said.

Appadurai, 32, disagreed with a report by the party's executive that she engaged in "serious improper conduct" by working with third parties including the environmental group Dogwood BC, which was found to have conducted membership drives on her behalf.

The uproar following the report had Premier John Horgan blaming Appadurai's supporters for "thuggery" because he said they'd contacted volunteer members of the executive who met to decide her campaign's fate.

Despite the controversy, Appadurai has maintained her membership with the New Democrats. She said various people volunteered their time and she has no idea how many members their efforts drew to her campaign.

Appadurai said the NDP is still the best party to move ahead on climate change policies in a province that, within six months last year, experienced wildfires that nearly destroyed the town of Lytton, a heat dome linked to 619 deaths and floods that wiped out farmers' livelihoods and severed major highways.

B.C. is now in the midst of a drought.

The best way to forge ahead with any serious action is for the province to declare a state of climate emergency, cancel fossil fuel infrastructure and announce a moratorium on new oil and gas expansion projects, Appadurai said.

"Slowly drawing down emissions year by year, that's actually not how we're going to achieve any kind of meaningful climate action," she said. "I think we do need to acknowledge that we're failing on this file and in a related way failing on several other files because the climate crisis intersects across all parts of society and the economy."

At a muted celebration last week of his ascension to the party leadership, Eby said the province could not continue to expand fossil fuel infrastructure in order to hit its climate goals. He also said he's "very much looking forward to continuing the conversation with Anjali and the people who signed up to support her."

"They have a very clear set of values around climate change, one of the issues of our time," said Eby, who will become premier on a yet-to-be announced date.

The B.C. government has consulted environmental groups on initiatives like its CleanBC plan aimed at reducing greenhouse gas emissions. But Appadurai said those opportunities have been like a "dance" where advocates work to maintain a relationship with government and meet officials halfway.

However, some regulations around subsidies and climate targets have been inadequate, so it's time to "kick this into a much higher gear," she said. That could include, she said, setting up a secretariat in the premier's office and sharing climate-related decisions beyond the Environment Ministry.

Appadurai said the attention her leadership bid has garnered points to an evolving political landscape where social movements have increasing sway in a democracy that relies on centralized power in a party system.

Appadurai, who was born in Madurai, a city in the Indian state of Tamil Nadu, moved to British Columbia at age six and grew up in Coquitlam.

She made her mark in federal politics last year by coming within about 450 votes of winning a seat for the New Democrats in the riding of Vancouver-Granville by campaigning on climate change, food security and housing.

But compared with Eby, 46, who is B.C.'s former attorney general and won his Vancouver riding in 2013 over then-premier Christy Clark, forcing her to run in a byelection, Appadurai has no political experience.

Hamish Telford, associate professor of political science at University of the Fraser Valley, said experience can take a back seat in leadership contests, as illustrated by federal Conservative Leader Pierre Poilievre's recent win over the qualifications of former Quebec premier Jean Charest, for example.

"Leadership contests are about winning over the membership of the party," he said. "With the members that she signed up, there was a very real fear that she could win this thing," he said of Appadurai.

"As far as the party was concerned, it was a nice, neat outcome. They did their own investigation, found her guilty and tossed her out of the race. And that cuts off the possibility of an Elections BC investigation, which would have been the authority of definitive determination, if she had broken election laws."

This report by The Canadian Press was first published Oct. 23, 2022

Chronicle of a death foretold