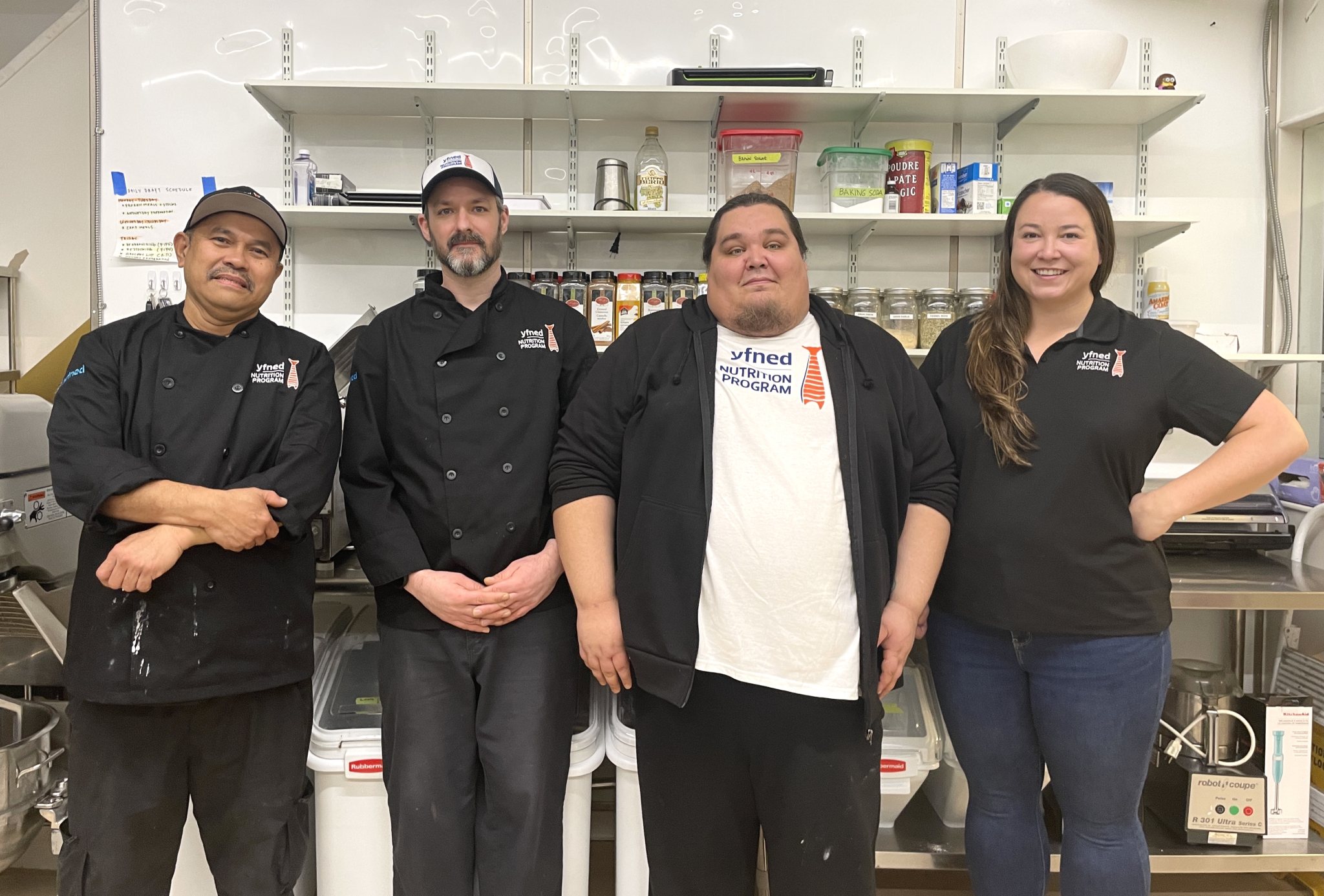 For the past several months, well over a thousand Indigenous children in Yukon schools have had access to something many Canadian students do not: an affordable daily lunch at school.

The meals are the centrepiece of an innovative school food program aiming to reduce food insecurity among Indigenous children in the territory. Led by the Yukon First Nations Education Directorate (YFNED), an organization dedicated to advancing First Nations schooling in the territory, the program is a key part of the group's push to reclaim Indigenous children's education.

About 20 cooks work for the program, spread between nine schools with kitchens and a commercial kitchen that's used to prepare catered meals for families in need. The program hires about six Whitehorse restaurants to cater meals for the schools that don't have adequate cooking facilities.

It also provides meals to children studying in the territory's more remote communities, alongside meal hampers and community feasts for children and their families. In addition to tackling food insecurity, the meals are designed to help build community and promote cultural knowledge — regardless of a family's economic circumstances.

"This is a first of its kind in the Yukon and across the country," said program co-ordinator Courtney Wheelton, manager of First Nations initiatives for YFNED. The program has been well received by cooks and parents, who say the easy access to food has increased students' attendance and engagement in class. Students also enjoy the food, with one group at a Whitehorse high school even creating an Instagram page with meal reviews.

Funding for the initiative comes from the federal government through Jordan's Principle, which requires Canada to ensure all First Nations children can access the services they need, when they need them. The principle funds the YFNED's program to the tune of about $15 a day per student for food, she said.

Researchers have found that school meals play an important role in alleviating child hunger, in addition to laying the groundwork for kids to adopt healthy lifestyles and helping them perform better at school. Adequate meals are also linked to better emotional well-being and resilience, regardless of a child's economic circumstances.

Canada is the only G7 nation that doesn't have a national school food program. The federal Liberals pledged to create a national program during the 2021 federal election but have yet to deliver on the promise.

As those plans come together, YFNED's approach is a "model for Indigenous programs … but also a model for everybody in the country," said Debbie Field, co-ordinator of the Coalition for Healthy School Food.

For the past several months, well over a thousand Indigenous children in Yukon schools have had access to something many Canadian students do not — an affordable daily lunch at school.

"It's probably the most-intensive, well-funded, well-thought-through multi-meal day of any large jurisdiction … it's big news for all the children of Canada, not just Indigenous children."

Beyond the program's scale — it serves thousands of kids scattered across a huge territory daily — it is unique in its role as a key part of YFNED's work reclaiming Indigenous education. Canada's colonial policies, including residential schools, actively tried to erode Indigenous Peoples’ food sovereignty.

Food sovereignty is a group's ability to control their access to food, compared to food security, which is simply having reliable access to food. The Yukon program is part of an effort to push back against the impact of these policies by ensuring students have enough food, introducing them to new meals or cooking techniques and helping them access traditional foods like bison or salmon.

Those successes are hopefully only the beginning of a broader school food program that all students in the territory could access, Wheelton explained.

"We're in full support … of moving towards a universal school food system. We know the importance of food for students and having it accessible," she said. "Hopefully, one day we'll get there."

Delighted to learn about this

Delighted to learn about this program in the Yukon.
You may not be aware but Alberta has had a lunch program in some Indigeneous and Metis communities.
It began in the 1970's as part of the Social Services department specifically with the Metis Development Branch and then was moved to the Department of Education and then to the Northland School Division where the program (School Food Services) is still active.