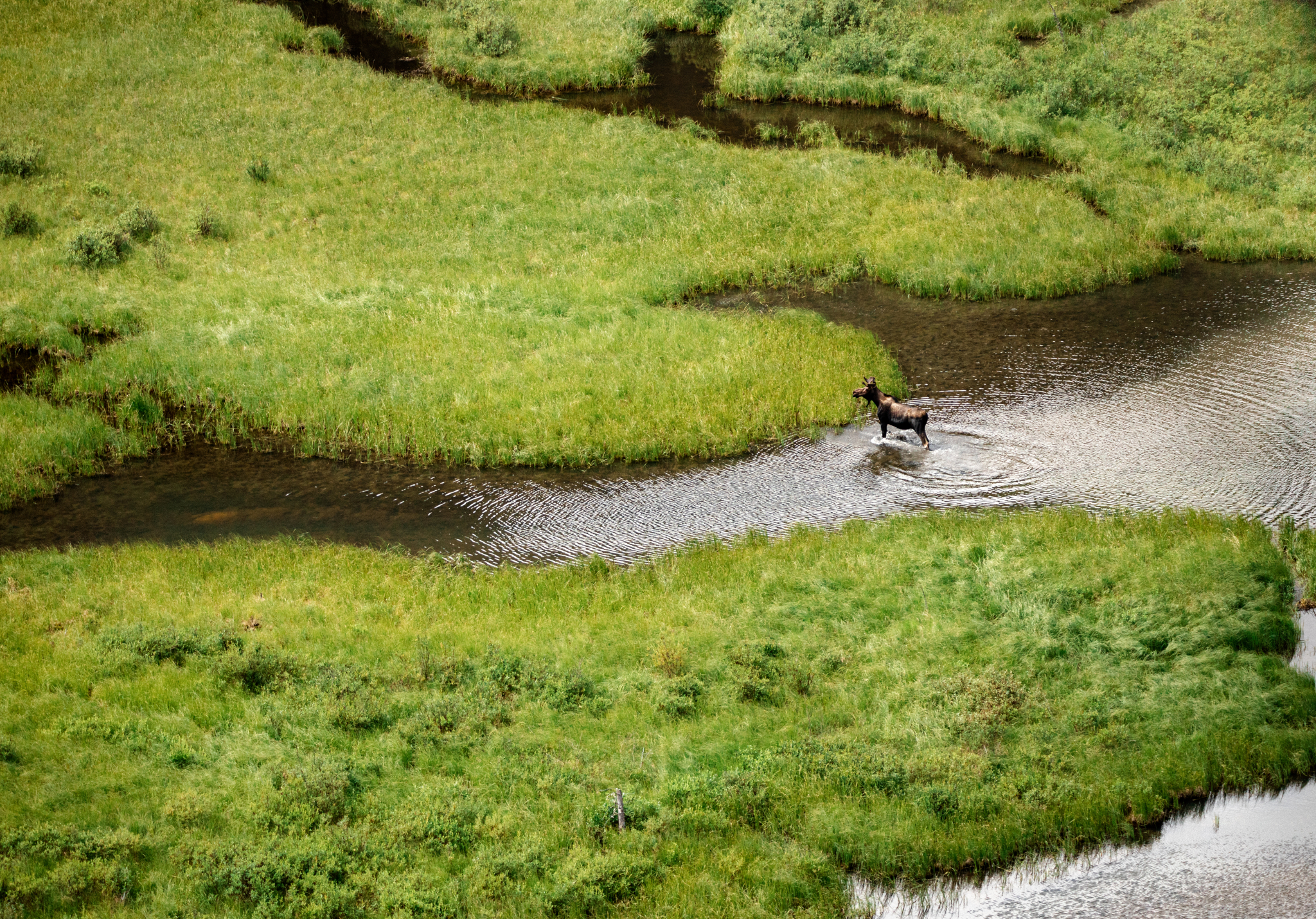 Canadians urgently want more land and water protected. That's the clearest conclusion to draw from a new survey about nature protection. Nanos Research spoke to 2,133 Canadians about their opinions on whether governments across the country are doing enough to turn back the clock on the dual crises of biodiversity loss and climate change.

The federal government announced plans to protect 30 per cent of land and ocean in Canada by 2030. A majority of Canadians have said they want their provincial and territorial governments to match that commitment, but very few provinces and territories have yet made this pledge.

And when do Canadians want this protection? Now. About eight out of 10 survey respondents emphasized the importance of federal, provincial and territorial governments speeding up progress and making stronger commitments to protect nature. Committing to take action is not enough — on the ground conservation efforts need to ramp up immediately.

Land protection isn't just about preventing or reversing habitat loss. Whether it's the wildfires and floods in B.C., melting permafrost in the North, or hurricane Fiona in the Maritimes, Canadians are already suffering the deadly impacts of climate change. Large, intact natural spaces help protect Canada from the ravages of climate change. Nature acts as a carbon sink, pulling it out of the air. Forests, wetlands and other ecosystems also act as buffers against extreme weather.

If we're going to protect 30 per cent by 2030, all governments need to pick up the pace. As of today, Canada has only protected about 14 per cent of its land and ocean. What does more protection look like?

Not only are Indigenous-led conservation projects effective, 69 per cent of Canadians said they were more likely to vote for a federal party that supports Indigenous protected areas that conserve land, wildlife and the sea.

For millennia, Indigenous Peoples have been stewards of the land and water in Canada. We need to follow their lead.

In northeastern British Columbia, the Kaska are working to establish Dene Kʼéh Kusān, a vast protected region larger than Vancouver Island. There are no clear-cuts, no mines and not even a road in this four million hectares of protected land, abundant with caribou, moose and mountain goats.

In Manitoba, five Indigenous communities are collaborating to protect the Seal River Watershed, one of the world's largest remaining ecologically intact watersheds. It's home to species at risk, such as the barren-ground caribou, polar bear and short-eared owl.

In northern Alberta, the Dene Tha' First Nation is working to realize its vision of resilient and healthy landscapes in the Bistcho Lake region through the creation of an Indigenous Protected and Conserved Area (IPCA). This work will lead to the protection and conservation of an area that is culturally and ecologically significant, and will include much-needed protection for important habitat for at-risk woodland caribou.

Not only do these initiatives play a critical role in protecting nature, they also support Indigenous livelihoods and food security and advance reconciliation and Indigenous sovereignty.

This June, the Kitasoo/Xai'xais First Nation announced a new marine protected area in Gitdisdzu Lugyeks Kitasu Bay. Chief Councillor Doug Neasloss described this as an "important and long overdue step." He asserted that First Nations "can no longer wait until other governments act" and must act on their inherent rights and title and deep connection to the land.

It's in that spirit of constructive challenge that scientists and citizens alike are calling on provincial and territorial governments to make a commitment to protect nature and work together toward protecting 30 per cent of land and water in Canada by 2030.

Nature is in a crisis. We are in a crisis. To ensure both nature and people thrive in the future, we need to get to work immediately to protect more land and water in Canada now. We can’t wait.

Sandra Schwartz is the national executive director of the Canadian Parks and Wilderness Society (CPAWS).

What is COP15 and why does it matter for all life on the planet?

One major impediment to the

One major impediment to the federal government's attempt to preserve biodiversity and protect vital habitat is that some provinces actively oppose such initiatives. A prime example, is Doug Ford who is so indebted to developers that he is releasing large amounts of green space in Ontario for development, watering down environmental safeguards and destroying wetlands. Similar environmental destruction is happening in Alberta and Saskatchewan. Two steps forward and one backward.