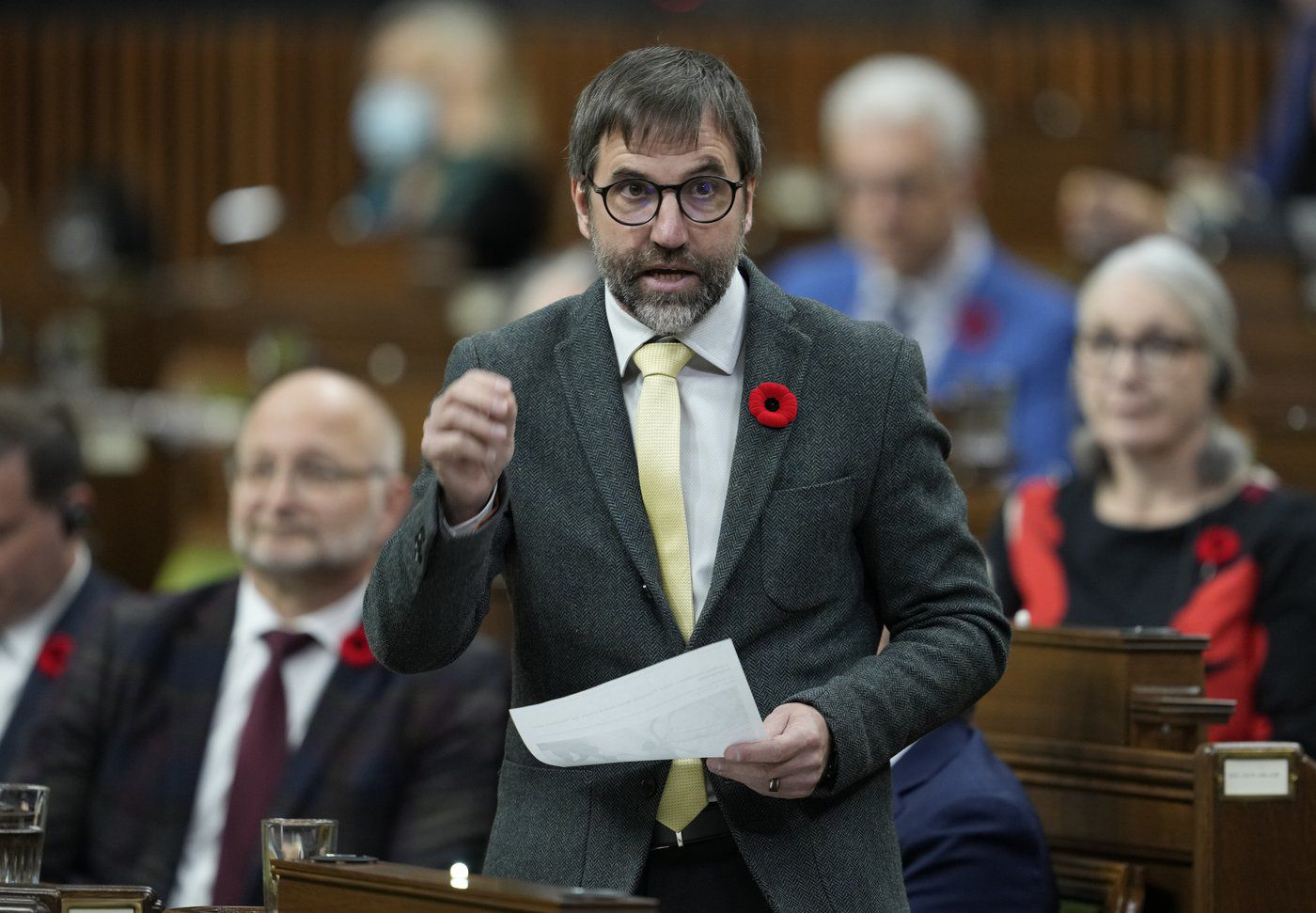 The federal environment minister is calling out Canada's oil companies for failing to put cash behind their promises to tackle climate change.

Steven Guilbeault says the country's major oil players have promised to do something about greenhouse gas emissions, but instead have funnelled most of their record-breaking profits to shareholders.

This is at least the third time in the last six months Guilbeault's frustration has spilled over as oil company profits soar. This time his critiques came in the form of a video posted to Twitter as major petroleum producers began releasing their third-quarter earnings.

It's time for them to make record investments in clean energy and reducing pollution. pic.twitter.com/km14XbZ3ST

"We're already putting our money where our mouth is," Guilbeault said in an interview. "I'm not sure they are."

The company said it plans to spend $1.5 billion in share buybacks and increased its quarterly dividend by 30 per cent.

Cenovus, Suncor and Canadian Natural Resources are set to release their earnings next week.

Those four companies, plus MEG Energy and ConocoPhillips Canada, make up what's called the Pathways Alliance, a consortium formed to tackle climate action in the oilsands.

Global oil prices surged early in 2022 largely due to the Russian invasion of Ukraine, and Canadian companies reaped the benefits.

A spokesman for the Alliance would not respond to Guilbeault's call-out Friday, saying the consortium won't comment on members' financial decisions.

Two weeks ago the group said it would spend $24 billion over the next eight years on emissions-reduction projects, but is looking for more financial help from Ottawa before kicking that into gear.

The companies may get some of what they're asking for next week when Finance Minister Chrystia Freeland tables her fall mini budget. She might use it to tweak the tax credit for carbon capture and storage technology she introduced last spring.

The technology that traps emissions from industrial sources and funnels them back underground is critical to oil and gas companies because it is a major part of how they can continue to produce their products while meeting their emissions reduction requirements.

The current tax credit — mostly to cover half the price of capital investments — will cost Ottawa about $2.6 billion over the next five years and $1.5 billion annually for four years after that.

Oil companies had asked for coverage of up to 75 per cent and were not happy with the proposed 50 per cent.

Canada may be forced to up its game because the United States Inflation Reduction Act has more generous incentives for carbon capture technology.

Guilbeault said Friday he did not know what the plan is for the tax credit, though he acknowledged the U.S. incentive changed the domestic picture.

"Of course we're looking at what the U.S. has done," he said. "... It is a competitive investment world, we understand that. But at the same time, I mean, the oilsands companies are in Canada. And they can't do emission reduction projects in the U.S. If they believe in the future of their companies, they have to make those investments in decarbonization in Canada."

Guilbeault said projections show by 2050 the world's demand for oil will be less than one-third what it is today, and all of it will have to come from sources that don't add emissions through production.

"Will there be a place for one of the highest emitting forms of oil if they don't make those investments in decarbonization? I don't think so."

This report by The Canadian Press was first published Oct. 29, 2022.

"We're already putting our money where our mouth is," Guilbeault said in an interview. "I'm not sure they are."

If that's true, they're also putting an awful lot of money where their mouth isn't. How can he be surprised, at a group of companies that have never paid their own way? And how can he expect them to take any requirements seriously when there are no requirements up front, for getting more money than any other sector does, year after year after year ... while they did nothing.

I don't think I'm the one out of touch, here. Somehow or other, government "leaders" have absorbed the impression that if they say it, it makes it so -- and then they can go ahead and behave as though.

So they're buying back shares: that means bonuses for the CEOs. Not that they're accumulating a fund for dealing with environmental or other government requirements.

Just why, oh why, doesn't government *MAKE* a specific requirement, that they can measure (because O&G lies), and then enforce. If they won't play nice, stop giving them money for toys. That means TMX and all the rest of the pipelines Mr.T keeps claiming there's "room for" in the carbon budget of the worse carbon performer in the world.

If he can meet targets, and surpass them, then's the time to decide there's more room for the stuff that makes warming gases. Not before.

Good article. However, everything I read tells me that the chance that carbon capture will ever be realistically effective in any cost effective way is next to zero. Therefore policy dependent on pie-in-the-sky technology to address climate change is just another way of delaying action until it's too late.